Company Blog » Why we use a Walking Desk

Why we use a Walking Desk 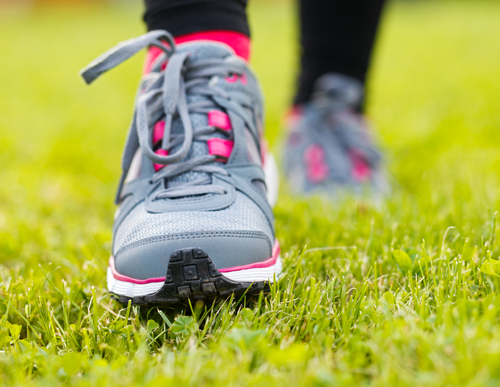 Is sitting the new smoking?

That’s something being debated by research scientists. We all know you’ve got to be active and eat well, but more and more studies are pointing towards the lasting damage we are doing to our bodies by sitting down for most of the day. Even if you otherwise have a healthy lifestyle, sitting for 8 hours or more a day may be causing you physical and mental problems.

“Experts at the Pennington Biomedical Research Center performed a 12-year study on 17,000 Canadians aged 18-90. They found that regardless of age, body weight, or exercise levels, people who spent more time sitting ended up dying earlier.”

In the Uncommon Knowledge office we’ve long had a couple of standing desks, but at the start of 2014 we upped the ante and bought a walking desk. 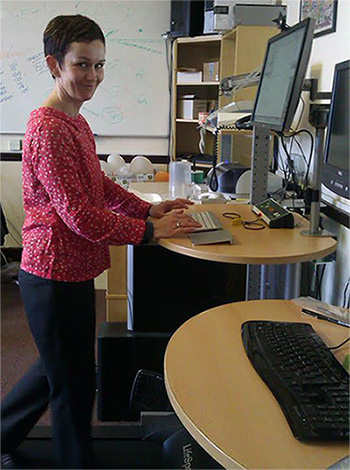 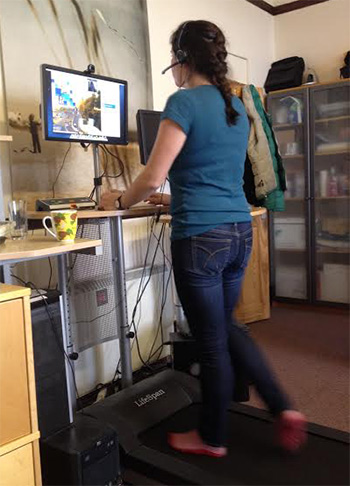 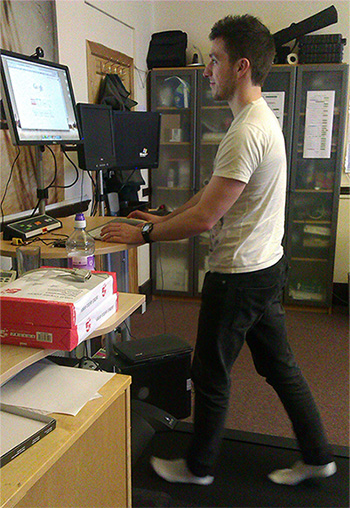 As you can see it’s basically a treadmill in front of a computer. We use it when we’re Skyping, watching a video or reading something – and the more co-ordinated of us can actually type and send emails as we walk!

Because just as there’s lots of evidence that sitting is unhealthy, there’s also plenty of studies showing that walking is very good for you – physically and mentally.

Ruairidh, who spends a lot of time concentrating so hard on projects that we’re a little concerned his brain might break one day, says that walking stops him getting that ‘frazzled’ feeling you get after staring at a screen for too long. And Bridget uses it at 3pm daily to avoid the ‘afternoon slump’.

So that’s why the walking desk is almost always in use. It takes a bit of getting used to, but it’s worth it!

Roger uses it so much he’s become very confident. Here’s a photo of him being a bit of a show-off, walking BACKWARDS and on the phone. 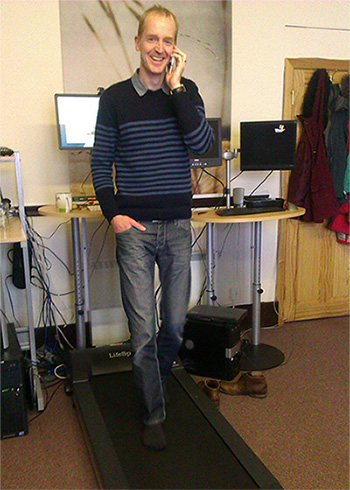 Careful Roger, you know they say pride comes before a fall!

What do you think about our walking and standing desks? How do you avoid sitting too much throughout the day?

We're a specialist psychology training company based in Oban on the beautiful west coast of Scotland. Here's a behind the scenes look at the things we do and the fun we have. Read more about us here.