Saturday 3rd May 2014 was a gorgeous day. There could have been few more beautiful places in the world to spend it than the Scottish Highlands. The Unk Monsters, setting off on Maggie’s Challenge early that morning had little idea what was in store…

Why were we attempting a non-stop 73 mile adventure? Not because we’re all riddled with some kind of deep-set masochistic desire to inflict injury on our feet. We were raising money for Maggie’s Centres, a UK charity that provides comfort, love and assistance to people and their families going through cancer treatment. 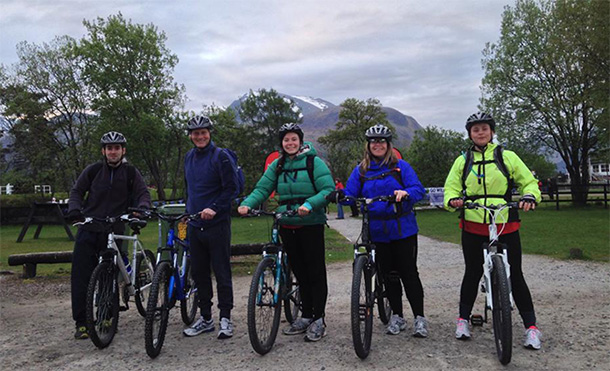 Within five minutes of setting off we all stared in horror as Paul unsteadily turned to let another cyclist through and started heading straight for the canal! He managed to stop the bike with his feet just in time, and answered our horrified stares by admitting:

It wasn’t the only time Paul had bike trouble over the next few hours, his most magnificent fall resulted in this: 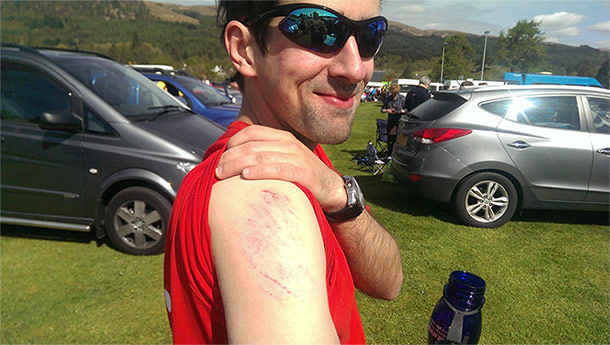 Paul later said (after finishing the 43 mile hike) that the last 5 miles of the bike section was the hardest for him. Which is saying something, because hiking the last 10 miles at 4am the next day is really, really hard.

But all the team made it safely to the end of the bike stage, in glorious sunshine, happy and excited. 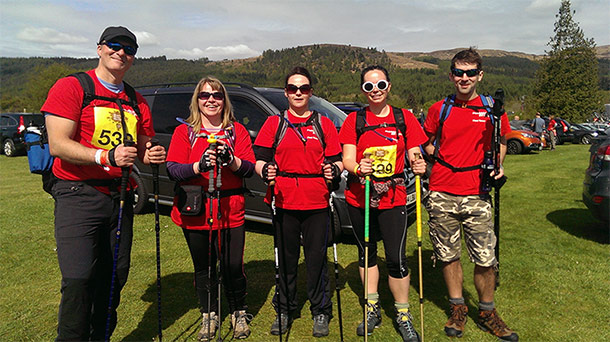 Somehow, Mark turned into a giant during the bike ride!

Next was the 10 mile hike to complete Bronze. Jane was already unsure how she’d get on in the hiking due to a hip problem incurred during the original endurance event, childbirth. When the team strolled into Bronze, Jane already knew that would be as far as she would go, but Kirstin was disappointed to realise that her blistered right foot would carry her no further.

Mark, Paul and Bridget however were raring to go, and set off on the next 17 mile stage to Silver with, if not a spring in their step, then at least a sparkle in their eye. The sun still shone, the atmosphere was buzzing with excitement and the hills beckoned.

Meanwhile, in the support team, Roger and Chris zoomed around the Scottish countryside, carrying people and supplies this way and that, until finally setting up camp at Drumnadrochit (locally called Drum for obvious reasons). And the rain came down. 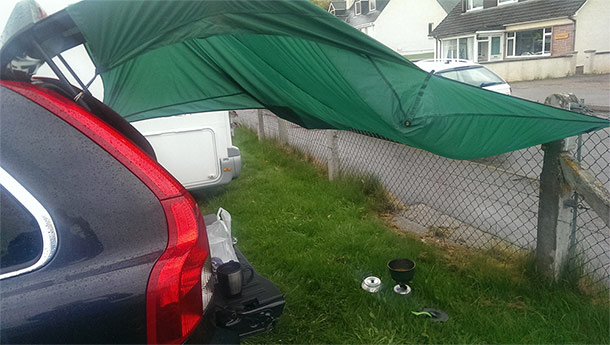 Roger’s car with makeshift shelter, and curry for dinner on the stove.

“By 9pm we were starting to get a little worried,” said Roger later, but then at just after 10pm, Paul and Mark trudged in. Bridget hopped in one on leg, supported by Chris and a quick check with the medics confirmed what she suspected. An old achilles tendon injury had been aggravated by the walking, and she was told she had to stop. 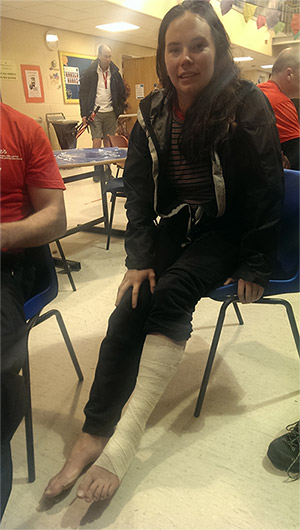 Poor Bridget’s paw would support her no more. 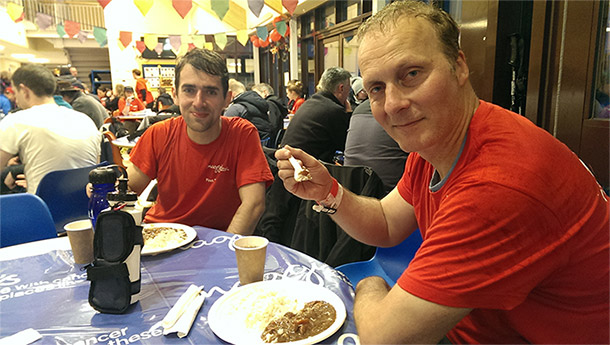 Paul and Mark put a brave face on it. OK, Paul does. Mark just looks resigned to his fate.

So to recap, we have Mark and Paul left in the race. They’ve cycled 31 miles, walked 27 miles, and have 15 to go. It’s dark. It’s cold. It’s raining. It’s 10.30pm at night and they’ve got blister plasters on their blister plasters. They’re so exhausted that when asked, they can’t even read their competitor numbers off their wristbands. But do they give up? Ridiculously, no. They shovel down another plate of food, taking the day’s calorie consumption to approximately 20 million, man up, and ship out.

Roger, manning support for the night shift, heads to the finish in Inverness and beds down. Up around 4.30am he stands and watches team after team come in, but no Mark and Paul. Here’s a record of his communications to Mark. The last one sums up the feelings in the cold early hours of that morning: 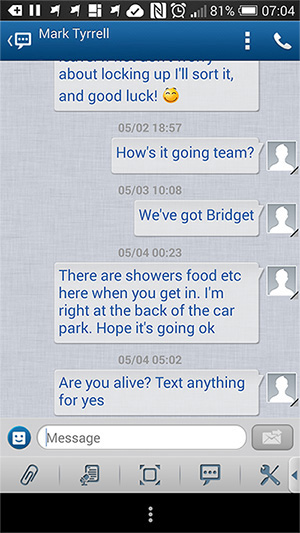 Next time, Mark will be politely asked to keep his phone on!

Then, at around 6.30am, the bedraggled yet triumphant pair emerged onto the sports field and shambled across the finish line. 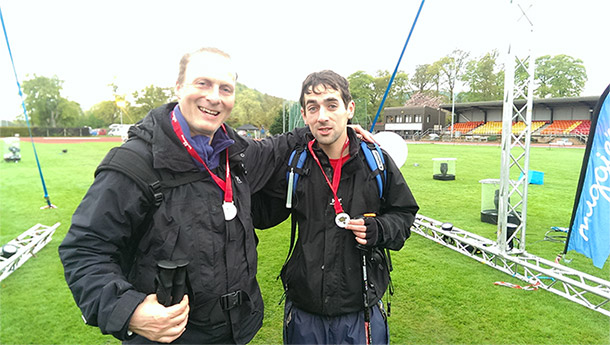 Once they’d been cleaned up, and the foot damage dressed, we headed for home. Visitors to Fort William were treated to Mark doing his special penguin walk (he’ll do anything for coffee).

Finally, there was a lot of this: 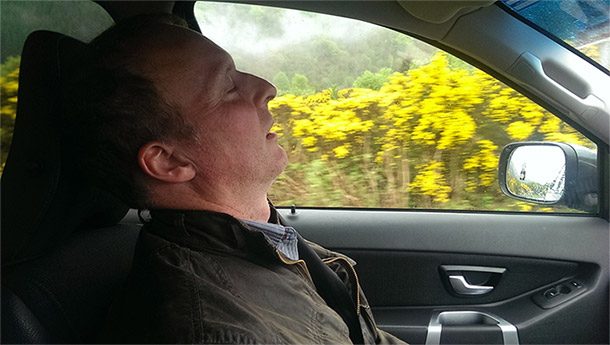 We're a specialist psychology training company based in Oban on the beautiful west coast of Scotland. Here's a behind the scenes look at the things we do and the fun we have. Read more about us here.