Psychotherapy needs to distinguish between cleverness and wisdom, for our clients' sake 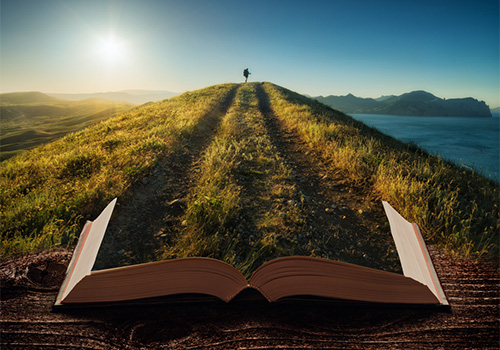 In such a human endeavour as therapy, too much theory can get in the way of truly helping people

“I know I can help people. But when I try to put myself forward as the ‘Big I Am’, I feel like a fraud. Like I shouldn’t even be doing therapy!”

Derek hadn’t gone to university. He had been a truck driver. Now in his sixties, he worked with his town’s troubled young folk. He trained as a therapist, but because he considered himself a “simple man”, he suffered from doubts. He didn’t feel “educated”. He didn’t use long, complicated words or jargon. He wasn’t interested in systems or targets.

He felt like an imposter. And yet, despite his doubts, Derek was certain about something.

“I know I can help people. I get great results. But something inside me tells me I’m not as good as all these articulate professionals!”

Derek was a natural, self-motivated learner who had, at his own expense, trained in sensible psychological approaches. And alongside his natural ability to read people, he had a good grounding in the common causes of problems.

As I worked with Derek (you can watch the video of his session inside Uncommon Practitioners TV) I got to asking myself a question that I believe has relevance not just to therapy but to the way we all live. Do we prize one way of knowing the world over another?

The left brain sorts out the facts

I’ve recently been inspired by the work of psychiatrist and writer Iain McGilchrist, who wrote the amazing book The Master and His Emissary. He writes about the differences between how the right and left hemispheres of the brain work. He dispels a few myths around left-brain versus right-brain functioning, and he makes some immensely valuable points.

In his book, which took 20 years to write, McGilchrist talks about how the left hemisphere is adept at building models of the world so that we can manipulate it, and of course this is a huge part of being human. The left hemisphere is bureaucratic; systematic; detail focused; and prone to anger, irritation, intolerance, and pride. It’s especially effective in a world built by and for left-brain dominance.

I tend to think of myself as more of a right-brained person, but of course there are times when my left brain takes charge. In fact, I had a particularly left-brained moment as a child while attending my sister’s school nativity play. Apparently, during the birth of baby Jesus, I yelled out, “Where’s God then?”

There was, I’m told, a collective embarrassed hush as Mary and Joseph and a few assorted nose-picking shepherds lost their thespian stride for a moment!

To my young mind God had to be physically present and observable to be real. A sense that God might pervade everything is a right-brain appreciation of the deity.

The left hemisphere is all about analysis. It likes to reduce things to simple meanings and manipulate or grasp tools in the environment. It likes jargon. The left brain wants to know the ‘point’ of things. If reality isn’t immediately obvious or quantifiable in its terms, then it loses interest because it’s ‘not valid’ or ‘does not compute!’

Without the left brain, we would never have been able to develop the technology we rely so heavily on today. There are many situations and applications where we absolutely need the logical, systematic approach of the left brain.

But what about the right hemisphere?

The right brain finds the meaning

The left brain analyzes someone by breaking down what they are like into parts, whereas the right brain helps us connect with and understand them in their totality. The right brain is less concerned with sharp boundaries and more inclined to merge, connect, and suffuse events and people with a sense of greater meaning.

The right hemisphere is more attuned to holistic perceptions, seeing wider contexts, and feeling the meaning of things. It’s not as interested as the left hemisphere in routine and orderliness. It relishes freshness of experience and novelty. A profound sense of meaning resides in the right hemisphere. It sees patterns but also understands uniqueness. It feels the life of things.

Derek was, in some ways, a right-brainer in a left-brain biased world. No wonder he sometimes felt inadequate.

But in a wider context, there is a real danger that psychotherapy can be hijacked by left-brain bias.

Psychotherapy is a science and an art

Cognitive behavioural therapy (CBT) developed from a profound insight: that people can help themselves feel better by thinking differently. It approaches human problems analytically – which is fine, up to a point.

Some researchers have suggested that CBT is losing its effectiveness because the placebo effect is wearing off. But I suspect part of it may be that our culture’s left-brain-loving over-complication and systematization is sucking the living essence from this therapeutic model.

I once worked with a super-left-brained computer scientist who told me that CBT was “too complex” even for him! The more complex this framework has become, the more difficult it has become for clients and therapists to make use of it. And to make matters worse, rather than blaming the framework, many of us are quick to blame ourselves: “I must be dumb because I can’t use this!”

When therapy becomes too left-brainy the unfortunate fallout might be that the more intuitive therapists among us lose confidence. And clients are left feeling inadequate too.

Stuck in a world of tight boxes

It’s a narrative trope that’s been overused almost to the point of becoming a cliché: the young recruit who has ticked all the boxes and been ‘perfectly’ trained comes to work with an older, grizzly, unorthodox, experienced but effective cop. There is a clash. One knows it all on paper. The other sees it all and works intuitively from experience.

It’s not just how you’re trained that counts, but who you are and how you’ve lived. Even if you can’t put those qualities in a tight box.

Derek had the capacity to truly help people by connecting with them as unique individuals. With his naturally soothing voice, kind face, unforced way of listening and considering what you say, and lack of left-brain arrogance, he was, to my mind, a man born to heal.

Yet at first he didn’t recognize it.

We live in a world of rigid lines and boxed-up categories; left-brained, black-and-white perspectives; perfectionist and reductionist approaches. The emphasis on this way of seeing has served us well in many respects. But now we are in danger of serving it to the point of meaning-starved slavery.

We could even be in danger of left-braining our race to extinction if we continue to look at the cost of everything but the value of nothing.

But let’s get back to the therapy.

Reclaiming the intuitive in therapy

Therapy requires both brains, without too much emphasis on either and certainly without downplaying the intuitive, experience-based way of knowing that Derek had in spades.

A robot can do therapy up to a point, but it can’t replicate the blinding leaps of understanding, insight, and intuition that is your birthright as a human being endowed with two cerebral hemispheres. Derek felt inferior because he felt untechnical. Yet the untechnical part of him was precisely what made him such an effective therapist.

Skill, judgement, intuition, and metaphorical thinking are all right-brain attributes. But these attributes can be easily lost if we cease to value them. In a left-brained world, information is plentiful and knowledge has never been greater. But wisdom is disappearing.

Narrowing targets; labelling things and people; relying on algorithms and procedures; and obsessing over verification can all suck the actual efficacy from therapy if we’re not careful.

The left brain wants to diagnose. The right brain wants to connect and find intuitive solutions. The complete therapist should want to do both. Yes, we have to get trained and qualified, and jump through left-brain hoops. But we must also acquire real, practical aptitude, not just academic understandings.

I asked Derek an important question. One that perhaps we can all sometimes ask ourselves.

Who are you not to heal?

It’s a big thing to choose not to do what you are able to do if it can genuinely help other people. To turn away from the good we might do through an unwarranted sense of inadequacy. Our decisions affect more than just ourselves.

In my second recorded therapy session with Derek he describes himself as no longer having imposter syndrome. That was good for me to hear.

So this is, in many ways, a left-brain world. This world, and the left brain it caters to, are undoubtedly impressive. But it’s not enough.

“Trust your unconscious mind!” said Milton Erickson and yet he was highly and formally educated as well as having vast and deep lived experience.

The best therapy happens through flowing leaps of meaning and intuition let loose from the guy ropes of reason and theory.

This client is back for another session. Since her first session she has overcome her terror of crossing roads, walking in the park near her home and generally being out and about. She had been traumatized by an event five years before which Mark treated using the Rewind Technique. She feels more self confident generally.

Mark asks, after all this therapeutic success, if there is anything else she would like to work on. She says that she still feels hypervigilant about her arthritic knee and “walks too defensively.” She still has a residual fear on very windy days as she feels she may fall over onto her knee.

Mark works to tie up these loose ends so she can feel the level of confidence she had before the attack which traumatized her.

Members of Uncommon Practitioners TV can watch this session now, or you can sign up to be notified when UPTV is open for booking here.