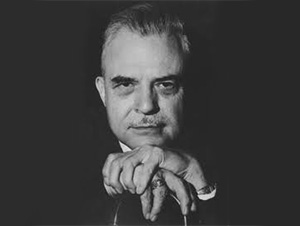 His case studies are famous for depicting amazing ‘miracle cures’. Numerous Ericksonian hypnosis schools and practitioners have popped up all over the world.

The very development of neurolinguistic programming (NLP) was an attempt to distill the man’s flexible therapy strategies into a group of set techniques.

Today Erickson Has Followers Across the World

Western psychotherapy has much to thank him for. For starters, largely due to Erickson’s influence, hypnosis has shed its shackles of superstition and is now widely recognized as one of the most powerful tools for change. His skill as a hypnotherapist is certainly what he’s most famous for.

There’s no doubt about it – the man was legendary. And as with many legends, cults have grown up around him and his life.

But I believe that if we study Erickson’s life and work merely to increase our sense of wonderment and awe, then we are missing much of the potential of such study. We have to look at what he was doing rather than what he was.

Within his own life, Milton Erickson battled many personal disabilities. He often stressed these helped him become proficient at practical problem solving for his clients.

His ‘problems’ began early. Born into a poor farming community in Nevada, Erickson didn’t speak until he was four. Later, he was found to have severe dyslexia, profound tone deafness, and colour blindness. At the age of seventeen, he was paralyzed for a year by a bout of polio so bad that his doctor was convinced he would die.

Despite (or perhaps because of) his handicaps, Milton Erickson went on to qualify as a medical doctor and psychiatrist. In the following years, he became the world’s greatest practitioner of therapeutic hypnosis and one of the most effective psychotherapists ever.

When Erickson was in his fifties, he was struck by a second bout of polio that caused him a great deal of physical pain. Even this became a learning opportunity, as he became highly effective at treating other people’s pain with hypnosis. He details many of his approaches to sensory alteration and pain control in Hypnotic Alteration of Sensory, Perceptual and Psychophysiological Processes (The Collected Papers of Milton H. Erickson, Vol. 2).

Despite severe illness in his old age, Milton Erickson continued to teach, demonstrate, and practice his remarkable skills as a therapist, even when eventually confined to a wheelchair. He died at the age of seventy-nine.

Anyone interested in relieving human misery and developing human potential will benefit greatly from reading about and learning from this remarkable man. (See the ‘Recommended Reading’ list below.)

Milton Erickson influenced major thinkers like Gregory Bateson and Margaret Mead, inspired the developers of NLP and Jay Haley’s strategic therapy, and laid the groundwork for innovators of brief therapy like Paul Watzlovitz, author of the influential book Change.

Not content just with treating patients, he was also a great researcher into the extent and limits of hypnosis as a tool for personal change. Hypnotherapy: An Exploratory Casebook by Milton H. Erickson and Ernest L. Rossi is a comprehensive and fascinating compendium of Erickson’s cases, transcripts, and ideas.

Reading his many case studies, such as those in Uncommon Therapy, and the subtle metaphorical approaches of his storytelling featured in My Voice Will Go with You is like entering another dimension. I have read these books many times and still find unexpected elements buried within the entertaining prose.

Going Beyond the ‘Cult’: Understand his Understandings

To be as effective as Milton Erickson doesn’t mean just aping him, but working from similar principles and learning to see and observe in ways comparable with his (legendary) human observation.

Being as effective as Milton Erickson doesn't mean just aping him, but working from similar principles. Click to Tweet

It was perhaps Erickson’s farming background that caused him to approach psychotherapy in such a practical way. When reading his words, it is clear you are reading about people, not about ‘psychology’ or ‘science’. Despite his sophisticated and advanced understanding, his life-long fascination with teaching healthier personal attitudes shines through.

When Milton Erickson started working as a psychiatrist, the field was limited by certain accepted rigid tenets. Hypnosis was widely seen as ‘the dark art’. Psychiatrists could be removed from their positions for using it, leading to Erickson having to teach it to other psychiatrists in secret.

I believe that Milton Erickson had some very important things to say about human motivation and the everyday nature of trance and hypnosis. In addition to its therapeutic value, he showed the central role hypnosis plays in creating and maintaining emotional problems.

The legendary ‘Ericksonian handshake’, whereby Erickson would send someone into deep trance, works along a basic human principle. It taps into the natural human ‘orientation response’, triggered by shock or surprise. This occurs with ‘the handshake’ as a familiar social pattern is interrupted. It is described in Haley on Erickson, another fantastic book.

In the early part of the twentieth century, the subconscious (or unconscious) was seen as a ‘seething hotbed’ of suppressed conflicts and complexes. The idea was that it had to be vanquished by the rational conscious part.

Erickson stressed the wisdom and intelligence of the unconscious mind and did not view it as a primarily negative force. He would talk of trusting the unconscious with many of life’s activities. He didn’t see ‘insight’ into the cause of a problem as the main focus of therapy.

At the beginning of Milton Erickson’s career, therapy was often interminable. Change was expected to happen very slowly and painfully.

Erickson would often see a client only once, but still make lasting change happen for these individuals. Now, backed both by research and the demands of insurance companies, brief therapy is the norm.

Driven by the idea that the mind worked exactly like the body, practitioners used to assume that psychological problem behaviours were always symptoms of something much deeper. It was seen as superficial to just treat the symptom. Indeed, many practitioners had no idea how to lift a phobia or relieve the experience of depression.

Milton Erickson maintained that if you could “lift the handle, a lot could be done with the pot”. He saw a therapist’s first duty as easing or removing the unpleasant psychological complaint.

Like nudging the first domino in a row to fall, a small change has effects that lead into other areas. For example, lifting a phobia can lead to increased confidence in other areas. Erickson was directive and strategic in his therapy in a time when the therapist was supposed to be passive.

Until relatively recently, therapy was mainly focussed on pathology rather than on the individual’s inherent resources. And therapy was usually focussed in the past, seeking as it did to uncover the deeper ‘root cause’ of the client’s problem.

Erickson’s therapy strategies instead focussed on future solutions and sought to help develop the skills that people might need in order to move on. See The Seminars, Workshops, and Lectures of Milton H. Erickson, Volumes I-IV for amazing insights into how he worked.

Another revolutionary approach that now seems like common sense was Erickson’s consideration of the effect of other family members on therapy. He would view a person as part of a wider system, not just as an isolated individual.

If he thought it necessary, he would get other family members involved in the therapy. This was blasphemy for many of his contemporaries. Uncommon Therapy by Jay Haley illustrates Erickson’s unusual approaches with many unusual and fascinating case studies.

Now that Milton Erickson is becoming so well known, it is sometimes forgotten that when he started out as a young psychiatrist back in the 1920s he was really a maverick. Many elements of his work contradicted standard psychological dogma. And it took him a while to become recognized as a leading clinician. It was only because his results were so consistently good that he rose to prominence.

Erickson wasn’t interested in constructing an edifice of psychological theory and trying to get people to fit the theory. He looked to see what people were like first, then he worked with them as unique individuals.

Therefore, many areas of modern psychotherapy have much to thank Milton Erickson for. Solution-focussed brief therapy, family therapy, indirect hypnosis, and rapport building, plus many other aspects of different therapeutic approaches, owe him much more than just a nod!

Although Milton Erickson has been dead for over thirty years, when we really absorb the best books written about his working methods, we can extrapolate ways of working that go way beyond mere technique or dry theory.

It may seem irreverent, but it is possible that present-day therapists or those in the future may be more skilled than Erickson was. Would we term such people ‘Ericksonians’?