The Psychology Of Persuasion (And How To Inoculate Yourself Against Manipulation) 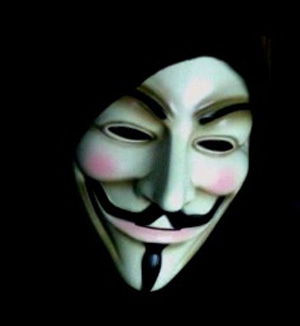 Understanding the psychology of persuasion is important

How is it that some people – and some situations – can persuade us so much more than others?

How ‘persuadable’ you are is partly to do with the state you are in. If you are tired or hungry or lonely or especially needy in some other way then you are likely to become more ‘persuadable’. You can get a desperately thirsty man to do almost anything if you promise him a glass of water.

So making sure that your primal emotional and physical needs are satisfactorily met in your life makes you less easily prey to being conned by people who seem to promise to meet these needs – but want too much in return.

Someone or something that seems to meet an emotional need within you will seem very ‘persuasive’ to you. You might think you would notice when someone is trying to persuade you about something, but some of these needs are quite subtle and we are not always conscious of them.

Psychologist Robert Cialdini described six ‘principles of persuasion’ and makes the point that being persuaded is not, in and of itself, necessarily a bad thing. If you can persuade someone to wear a safety belt in a car, or not to drink and drive, that’s obviously a good thing.

But when we consider some of the awful things that people, sometimes millions of people, have been persuaded to do by charismatic leaders, we can see that understanding the psychology of persuasion is important – perhaps even vital – for all our sakes.

Someone who is trying to persuade me might use this principle by doing something, even a very small something, for me first.

This accounts for the widespread use of the ‘free sample’ in marketing. Cialdini cites the example of Ethiopia providing thousands of dollars in humanitarian aid to Mexico just after the 1985 earthquake, although Ethiopia was itself suffering from a crippling famine and civil war at the time.

Ethiopia was reciprocating for the diplomatic support that Mexico provided when Italy invaded Ethiopia in 1935. The good cop bad/cop principle also relies on wanting to please the guy who’s being nice to you.

Of course, people do nice things for others all the time without necessarily wanting anything in return, but remember that, in most people, the feeling of being ‘beholden’ to someone is a powerful influencer.

The second principle of persuasion is self consistency. Cialdini found that people who commit, orally or in writing, to some idea or goal are more likely to uphold that idea or strive for that goal, because the act of commitment establishes it as congruent with their self image. Even when the original incentive or motivation is removed after they have given their agreement, they will continue to honour it.

We like to present a consistent image of ourselves to the world – and to ourselves. If you role play being someone who believes something that you don’t believe, you can become more sympathetic to that idea even though you know you are role playing.

The term ‘brainwashing’ derives from a Chinese expression whose quite literal meaning is to ‘wash brain’. During the Korean War, it slowly became clear as time went on that a number of American prisoners of the Chinese who were asked to repeatedly read out anti-American and pro-communist ideas to their fellow prisoners had gradually begun to adopt similar beliefs themselves.The principle at work here is along the lines of: “I must believe it, else why did I say it?”

People who join in with bullying often do so because the lead bully has first got them to join in with doing small kindnesses to the bully victim. Their self image thus becomes aligned with ‘doing what he does’. So when he switches from kindnesses to unkindnesses, and sets the bullying bandwagon rolling, they have to keep on bullying alongside in order to stay ‘consistent’ with ‘doing what he does’.

Don’t underestimate the power of the need to feel and be consistent. As the great Ralph Waldo Emerson wrote:

“A foolish consistency is the hobgoblin of little minds, adored by little statesmen and philosophers and divines. With consistency a great soul has simply nothing to do. He may as well concern himself with his shadow on the wall. Speak what you think now in hard words, and tomorrow speak what tomorrow thinks in hard words again, though it contradict every thing you said today.”

Next we have the power of social proof. We are herd creatures in many ways and a million people can’t be wrong! If others are doing it you should too. How many people would really wear low-slung, underwear-revealing jeans if no one else was doing it? People will do things they see other people doing. Testimonials are powerful because of the principle of social proof.

Of course, sometimes there areperfectly good reasons why lots of people do something, but there is also the so-called ‘madness of crowds’ – our tendency to do or believe something just because lots of people do. A tendency that can stop us thinking for ourselves.


It must be good because scientists say so/teacher says so/the king says so! But the dark side of this is the “I was just following orders” excuse given by ex-Nazis asked to explain their actions.

Stanley Milgram’s famous experiments in the 1960s plainly showed that normal people can be made to carry out highly objectionable and very cruel acts because of the universal principle of blindly responding to perceived authority.

The problem is that authority is very easily faked by simply putting on appropriate trappings – a uniform or a certain manner of speech or behaviour. And we all fall for it.

Once again, we hand over the responsibility of thinking for ourselves to someone with a badge.

The fifth principle, on the face of it, doesn’t seem particularly sinister. I’m talking about the principle of liking. Likable people can be extremely persuasive.

It’s been found, not surprisingly, that we are more likely to buy from someone we like. Sales people are often attractive and likeable. If they try too hard, they can come across as smarmy. But if we genuinely like someone then we can be persuaded. How many people after being conned say stuff like: “But he seemed so nice!”

And physically attractive people are universally assumed to be more likable, cleverer, braver and more moral than plainer folks. This is called the ‘halo effect’.

The problem is that even perfectly ‘likable’ people don’t necessarily have your best interests at heart.

Now the last principle in the power of persuasion I’m going to discuss is the scarcity principle.

We all understand that if diamonds grew on trees and littered the ground nobody would think much of them. What makes them so valuable is their relative scarcity. There just aren’t that many of them around.

Now how many sales people have you heard tell you: “We can only hold these prices until Monday!” or “You can only get these items while stocks last!” The implication is that they are (or soon will be) scarce and so you perceive them as more valuable to you.

But this principle goes deeper and affects more of our experience of life than we might think. If someone is moody, grumpy and disagreeable a lot of the time, we can fall into the trap of feeling unduly grateful when they occasionally demonstrate a shred of pleasantness. Their nice behaviour becomes a lot more valuable to us than the always-on-tap nice behaviour of someone more reliably cheerful and pleasant.

Behavioural psychologist B. F. Skinner found that inconsistent (and therefore scarce) rewards are a lot more addictive and compulsive. So, for example, cats who were not always rewarded with food after certain behaviours behaved more compulsively than those that always got rewarded with food. Believe it or not, gambling would be less compulsive if people always won!

Maybe drug addicts would feel freer if they always scored rather than only sometimes scored. Maybe the woman who goes back time and time again to the abusive, violent, unpredictable lover is addicted to the good times – because of their scarcity! So be aware – and beware! – when people are consciously or unconsciously using the scarcity principle on you!

So, to recap, the six principles of persuasion I’ve described here are:

Pay attention and don’t let yourself be persuaded just because you were under the influence of one or more of these principles.

A Simple Power Trick For Getting Stuff Done