Back to Top
Mark Tyrrell's Therapy Skills » PTSD, Trauma and Phobias » Trauma Treatment: Why PTSD & Phobias Are A Case Of Bad Hypnosis 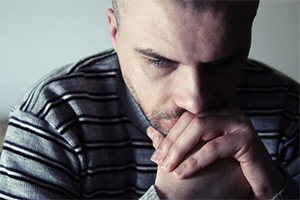 Hypnotherapists who are describing hypnosis will often, for reassuring marketing purposes, describe it as ‘a state of relaxation similar to daydreaming’. This is correct in that therapeutic hypnosis should be relaxing (as well as energizing).

But not all hypnosis is ‘good’ and some of it can be very ‘bad’ indeed.

Learning and your unconscious mind

Hypnosis is a state of tightly narrowed focus of attention, a state in which we become better at learning because this narrowing of focus makes us more ‘suggestible’. The kind of learning we do in natural (as well as therapeutically induced) hypnotic states tends to be unconscious learning – we learn, but are not aware that we are doing so. But conscious learning also takes place in hypnotic states.

Whatever you have really learnt in life, you learnt in a state of trance. Whether it was good or bad, whether you were learning consciously or unconsciously, your attention was narrowly focused on the learning, and certain elements of reality were excluded.

Whatever you have really learnt in life, you learnt in a state of trance. Click to Tweet

The negative emotional states of depression, anger, addiction and fear are all hypnotic. They require narrowed focus in order to persist, and will often exclude from attention specifically those aspects of reality that contradict the ‘symptomatic trance state’.

All strong emotional trance states make people more suggestible, just like the more familiar therapeutic (or even stage show) trance states. In traumatized clients, if we know what to look for, we can clearly see classic post hypnotic responses in operation.

A woman attending a stage hypnosis show is selected as one of the show’s ‘stars’ because she is an excellent hypnotic subject. While deeply hypnotized, she is given the suggestion that, after she has come out of trance, she will, on hearing the hypnotist say the word ‘rhubarb’, tip back into a wide awake hypnotic trance and believe she is Marilyn Monroe. This is a classic post hypnotic suggestion. She comes out of trance, and some time later the hypnotist shouts “Rhubarb!”. And before she knows it she is acting out and believing she’s the great screen blond bombshell.

A man walks across a bridge and his attention is suddenly deeply and tightly focussed on the muggers who accost him. He believes he is going to die. He is threatened with a knife to the throat, hypnotized by the situation. He is robbed, but left unharmed. The following week he tries to cross a similar bridge but before he knows it finds himself reaching the same level of panic as when he was attacked, even though this time he is quite safe and with friends.

In this second case we can clearly see how the post traumatic stress response is not a result of thinking but of deep emotional conditioning. His narrowed attention during the attack delivered the hypnotic ‘suggestion’ that bridges are dangerous places and, until he is cured, bridges continue to produce a post hypnotic response in this man.

All post traumatic stress disorder produces very real post hypnotic responses in the sufferer, to the extent that some people feel as if they are right back in the original trauma, hearing, feeling, seeing and smelling everything from the original time, just as if it was actually happening now.

This level of ‘wide awake dreaming’ is just what we see in stage hypnosis subjects. Mainstream psychology hasn’t yet linked PTSD or phobic responses to the mechanism of post hypnotic response, but it will do so eventually. And in fact research has found that people suffering long term post traumatic stress disorder are also people who are better at responding to hypnosis. (1)

So what does this mean for us therapists?

It makes sense to use hypnosis to treat a ‘hypnotic disorder’. Trying to treat trauma by getting people to ‘think differently’ (as in cognitive therapy) can be both cumbersome and ineffective, because the problem is not due to how people think. The man crossing the bridge knows he will probably not be mugged again – but that doesn’t stop his panic response. In this case, cognitive therapy is the wrong tool for the wrong condition.

Two essentially hypnotic treatment methods have been found to be effective for trauma. EMDR (Eye Movement Disassociation Reprocessing) is a way of accessing the hypnotic REM state which is very similar to the old watch swinging method of inducing trance. And EFT (Emotional Freedom Technique) uses touch to direct and focus attention.

In my opinion the Rewind Technique is the real crème de la crème of trauma treatment. Applying all the principles of comfortable and enduring relief, this approach uses hypnotically dissociated memory reprocessing to put a complete stop to post traumatic stress.