Inside the UK’s Hypnotherapy in Schools Program

In this guest post, Caroline Dyson outlines the ways she uses hypnotherapy to improve children's emotional health and wellbeing 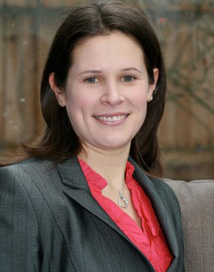 Molly was a Year 11 pupil who was struggling with crippling anxiety, resulting in low self-esteem, shyness, and extreme exam anxiety.

She was academically above average and was predicted to attain good grades in her exams, but she had recently failed an exam when an anxiety attack prompted her to leave the exam only minutes after it had begun.

After six sessions of individual hypnotherapy through the Hypnotherapy in Schools Program, Molly’s self-esteem had significantly improved as reported by herself, her teachers, and her parents.

She was able to attend all of her exams and achieved the good grades she was expecting.

At a recent follow-up she reported that she had joined the Territorial Army, and in the application process she cited hypnotherapy as “the reason I can do this”.

For Molly, hypnotherapy was life changing.

The times they are a changin’ – and thankfully, so is education

The world facing today’s children is a very different one than it was a century ago, or even a decade ago. The challenges and expectations young people encounter require a wider skill set than just academics, and our education system is changing to reflect that.

Schools now talk about the ‘whole child’ – not just their grades and levels. New government policies and protocols advise schools to focus on supporting and developing children’s emotional/mental health and wellbeing.

The education sector (and indeed, society in general) is becoming more and more aware of the links between behaviour/emotional health and learning, to the extent that it is now generally accepted that the two cannot be separated – they are very much two sides of the same coin.

Mental health is a critical issue for schools in the short term, as we know that children who can’t regulate their own emotions can’t learn as effectively. But long-term issues merit just as much consideration, as young people who can’t deal with stress are more prone to mental health issues later in life. The costs to the individual as well as society are huge, especially as the overall pressure on youngsters continues to increase.

Thankfully, schools are very used to change and often embrace new initiatives readily. During my 17 years working in the education sector, I’ve seen the introduction of all kinds of new, exciting, and sometimes unusual interventions to help children, including counselling, mentoring, coaching, animal therapy, massage, play/drama/music/art therapy, and mindfulness.

Some of these approaches are now familiar sights within schools. We know that all children are different and a ‘one size fits all’ approach doesn’t work, hence the need for a variety of support strategies. But until fairly recently I’d never heard of or seen a school using hypnotherapy – so I took it upon myself to change that.

Sarah was a Year 6 pupil with a range of medical conditions, dyslexia, and such low self-esteem that she barely spoke to anyone.

Her medical conditions caused her significant pain and interrupted her sleep, preventing her from fully concentrating at school and achieving her potential. She was taking approximately £25 of pain control medication per week, which gave her various unpleasant side effects.

After six sessions of one-to-one hypnotherapy, she was managing her pain better, sleeping better, and speaking more readily to others. The improvement in her confidence was obvious.

In a follow-up meeting Sarah’s mother happily reported that Sarah had halved her weekly pain medication by using the pain control techniques taught during the hypnotherapy. She had even slept through the night for the first time in about five years!

Why should the benefits of hypnotherapy only be available to adults?

I’d been seeing more and more children and young people in my private practice, and I noticed they all shared something in common: they all came from families with the resources, knowledge, time, and motivation to seek out hypnotherapy.

Many families are not so privileged, and just as importantly, many people are not even aware that hypnotherapy can be used to support children.

Not only that, but the number of clinical hypnotherapists that will work with children is somewhat limited, as the approach required is different to that used in adults and therefore requires additional training and knowledge.

So I wanted to not only raise awareness of the use of hypnotherapy for children, but also increase its accessibility to include those children who may not have been able to access private therapy for whatever reason.

My crusade to bring hypnotherapy to the masses

Since 2011 I’ve been developing and establishing the Hypnotherapy in Schools Program (HISP). We use clinical hypnotherapy to help pupils with any aspect of their emotional health or wellbeing, thereby improving their ability to learn effectively.

I’ve been delighted to find that most schools and parents have taken an open-minded approach, but in some cases it’s been all too obvious that the old misconceptions and stereotypes about hypnotherapy are still out there, waiting to be confronted and overcome.

If you’re a hypnotherapist, you’ll no doubt have experienced at some point the cynical looks, avoidance of eye contact, and jokes about your ability to make people cluck like chickens or do anything you want them to! At parties, those responses might be mildly amusing, but in schools they can be seriously damaging.

So my first task was to educate people about the common misconceptions and explain exactly what hypnotherapy is (and isn’t!); what it can and can’t do. Only after those fears were allayed could I get on with the task I had come to do: helping children.

In my experience, children rarely have the same preconceptions as adults – and this is very useful. Children are so much easier to take into trance and are often much more suggestible and used to taking direction. Sessions with children are fun and interesting, as each one must captivate the child in its own way, to help them buy into the process as much as possible.

We have to adapt our techniques to suit the age and understanding of the young person, but also to match their interests and hobbies. Only then can we fully engage them.

Not all hypnotherapy is created equal

Seeing pupils in a school-based setting poses some unique differences compared with a clinical situation. It comes with its fair share of challenges – you’re constantly contending with noises and interruptions, and being on the move means you need a portable chair and other resources.

But on the other hand, you have staff on hand ready to provide positive feedback and help reinforce your suggestions. These staff are an incredibly valuable resource and we often capitalize on this in the HISP.

Most HISP sessions are conducted individually, but some of the breathing techniques and imagery can be taught to whole classes, and some sessions (e.g., for exam anxiety) can be conducted in small groups, making them more cost-effective for schools with limited budgets.

We’ve even developed sessions for staff after they saw the benefits their pupils were experiencing. After all, the wellbeing of staff is equally as important as the pupils. Happy, relaxed staff can undoubtedly teach better and provide more effective support for the pupils in their care.

So does it actually work? You bet it does

The evidence for the effectiveness of the HISP is compelling. The latest figures taken from pupils who have had HISP show that 75% of pupils achieve or exceed at least one of their targets, while 97% of those that complete the program achieve at least a 75% progression towards at least one target.

Schools are under pressure to demonstrate impact and prove that what they spend their money on works, so these statistics are very encouraging and show that hypnotherapy can give a significant result in a relatively short space of time.

And it works for more than just anxiety

HISP is frequently called upon to support youngsters with anxiety-based issues and/or lack of confidence or self-worth, but it can help with a wide range of other issues.

It’s been used to alleviate excessive exam anxiety and enable pupils to perform at their best. It’s also been used to help with emotional regulation, sleep issues, self-harm, fears/phobias, and eating issues.

It can even help with the psychological components of diagnosed mental health issues such as OCD, ASD, ADHD, selective mutism, depression, and generalized anxiety disorder, to name but a few.

All these issues, and many more besides, can negatively affect a young person’s ability to learn, as well as affecting their overall mental health and wellbeing. Schools have a responsibility to help students deal with these issues, and hypnotherapy is proving to be a great way to do this.

HISP can succeed where other therapies have failed

HISP is really versatile and can help a wide range of pupils, as long as they want to be helped and are willing to give it a go. In that way, it’s no different to any other intervention. No therapy will work effectively if a person is attending under duress.

The main limiting factor as to which pupils can receive hypnotherapy is receptive language ability, which ideally needs to be at the level of approximately a 5–6 year old as a minimum. Hypnotherapy is language based, and it’s difficult to simplify the language below this level and still be effective.

In my experience, HISP can prove very effective with pupils who don’t like talking about their feelings in the way that more traditional counselling might require them to do.

It is also good for those who have tried other approaches with no success, as children and young people often perceive hypnotherapy as a bit different to usual interventions and are therefore open to the possibility it might offer a different outcome.

Many pupils who have previously refused to engage with other therapies will be willing to participate in hypnotherapy.

Positive changes are often observed fairly quickly, within weeks rather than months or years, and this can be a great motivator for youngsters who would lose focus and disengage from the process if no change was noticed early on.

Even in cases where interventions may prove particularly difficult, such as in those with autism, a significant benefit can still be achieved with some minor adaptations and consideration.

Could HISP be the future of mental health support in schools?

HISP is by no means the only intervention for helping children and young people, nor is it necessarily always the best one. But it is a valuable addition to a school’s toolkit when they notice a pupil that needs support.

As misconceptions are overcome and the word spreads, it is my hope that one day HISP will be as commonplace and accepted within schools as counsellors are today.

Caroline Dyson is the Founder & Director of the Hypnotherapy in Schools Program. Find out more about her work at www.hypnotherapyinschools.co.uk.

If you’re interested in learning hypnosis skills to integrate into your practice, take a look at our online ‘conversational hypnosis’ course Uncommon Hypnotherapy.

What To Do When They Ask, “But Does Hypnosis Work?”