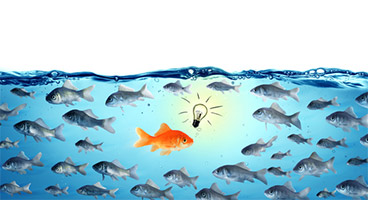 Exceptions - times when problems don't occur, can often be the first step to a solution

“I just can’t stop smoking, Mark! I’ve tried everything, but I’ve always got a cigarette in my hand.”

Jeremy and his partner were trying to start a family, so he had every reason to quit, but was finding it difficult. So he’d sought me out.

“Tell me,” I said casually, “do you smoke when you’re asleep?”

Looking utterly confused, Jeremy blinked a few times before sputtering, “No, of course not!”

An exception to every rule

Emotional and psychological problems demand our attention, energy, and focus.

But to overcome any problem, we ultimately need to direct our attention to identifying and nurturing the capacity we all have to not have the problem.

In most cases, there was a time before the problem started. Jeremy certainly didn’t come out of the womb smoking! But there are also current times when the problem takes a day or even an hour off.

So, being a solution-focused kind of a therapist, as well as asking about the problem I ask clients to tell me in detail about the exceptions – the times they don’t experience the problematic behaviour or feeling. The information they provide starts to form the basis of their escape route.

When the problem isn’t a problem

In addition to not being a sleep-smoker, Jeremy told me he didn’t feel the need to smoke:

Although he’d come into my office thinking of himself as a ‘compulsive smoker’, we now had four exception times when the behaviour wasn’t compulsive at all.

When I used hypnosis with him, I would talk about “getting that swimming pool feeling” during the times Jeremy would normally feel triggered to smoke – just before work, with a coffee, after a stressful work-frenzy, and so on. It’s not that he didn’t know how to feel calm without cigarettes, it’s just that he hadn’t been using that resource where he could be using it.

Hypnosis is the perfect vehicle for spreading a resourceful state from where it already exists to other situations in which it will be massively beneficial because your client can hypnotically practice using that resource automatically and naturally in whenever it’s needed.

But you first need to identify these resourceful states by asking the right solution focused questions.

[Note: If you’re interested in how to help clients stop smoking, we have a course on that here.]

1. Ask about times when the problem pattern doesn’t happen

What times can you tell me about when you expected to feel embarrassed, but for some reason you just didn’t? Really think about this…

You can ask your client about times they expected to feel angry or sad, to blush, or to feel terrified when flying, but the feeling just didn’t show up for some reason – or not to the degree they were expecting.

Diane, who was terrified of the presentation she had to give at work soon, remembered speaking comfortably and without a blush in front of her best friend’s 200-guest wedding.

So, I asked, when did she notice that she just wasn’t nervous or embarrassed?

“About halfway through my toast, I realized everyone was laughing. Not at me, as I’d dreaded,” she said with a chuckle, “but at a joke about our childhood I hadn’t planned to make. It wasn’t even on the cards I was clutching behind the microphone!”

People don’t have exactly the same experience every time, so we can look for the times when it’s naturally been better.

People don't always have exactly the same experience, so we can look for the exceptions when it's naturally better. Click to Tweet

2. Ask what was different

We can then ask:

What exactly was different about that time?

How did you do that? What were you doing differently that time?

This helps to locate client resources as early as possible. And by asking how they did that, you imply that the improvement was due to their own actions and help them take credit for the good times.

In Diane’s case, she thought about it and said she’d been so nervous beforehand, she’d “over-practiced” for days. She also said it was important to her not to let her friend down on that special day and that she’d wanted the whole crowd to see the couple as she did.

Later in the session, we talked about the importance of preparation and ways she could communicate her passion for the topic of her upcoming presentation.

But first, I assumed that she not only could but would do that…

When you enquire about exceptions, it’s great to use presuppositions.

A ‘presupposition’ is a masterful way of communicating because it precludes doubt by assuming an occurrence can be ‘taken for granted’. It’s a language construct that’s phrased to indicate that something will, is extremely likely to, or already has occurred.

For example, “When do you feel calmer?” presupposes that there are times when they feel calmer, as well as presupposing a positive identification of such times.

In contrast, “Are there ever any times when you feel calmer?” concedes that there may not be such times and readily allows for a negative response.

More examples of presuppositions to glean those precious exemption times include:

Splashing the calm around

Jeremy called me up just after the birth of his first child. “It’s funny, Mark, but I never feel the need to smoke anymore. Sometimes I do think about it when I feel a bit stressed, but then I almost hear a splash in my ears and I’m right back to that calm of being underwater after diving into the pool.”

You and I may know all the psychological theory and practice under the sun, but I think we do well to remember that – ultimately – our clients will find the cure from within.

To learn more about using language to break clients out of strongly-held beliefs, join me on the Conversational Reframing course.