When to Use Sleep Restriction Therapy for Your Insomnia Clients 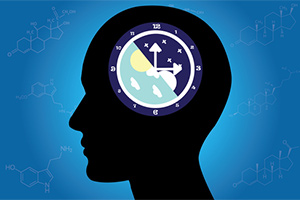 Creating healthy sleep patterns is well worth the dedication it takes

The bags under Simon’s faded eyes put me in mind of a luggage carousel at an airport.

He looked so sleep deprived that I feared he’d start pushing up zeds the moment there was a lull in conversation. He was, it seemed to me, a man constantly teetering on the soporific edge of slumber.

“But when it comes time to go to bed,” he complained, “I get wired!” Simon recounted wearily how chronic insomnia was blighting his life. “I can barely focus at work! I get so tired, sick with exhaustion. But now I dread going to bed!”

Actually, it was even worse than that.

Even just thinking about his bedroom made Simon feel tense. After all those hundreds of hours spent fretting in the very place that was “supposed to be my sanctuary”, he had developed an association between environment and emotion. What’s more, he had started putting on weight – a frequent side effect of long-term insomnia.1

Simon, of course, was not alone. Sleep disorders of all kinds, but especially insomnia, seem to be increasing rapidly.2

Delayed sleep onset, tossing and turning in a struggle of angst, and constant waking from sleep happen to most people sometimes. If we use the metaphor of sleep as a mechanism, we can remember that all mechanisms need tuning sometimes, or can temporarily break down. But Simon told me he’d been like this for years. And it was getting worse.

I helped Simon deal with his worries, and of course I checked on his diet, lifestyle, and general health status. But something really stood out with him.

Simon told me he was “snatching sleep” throughout his day. He’d sneak off for a snooze at work and snatch half an hour “when people assume I’m working.” At weekends he’d sleep during the day and catnap basically whenever he could. Sometimes he’d sleep through his entire lunch break. Once he fell asleep for two hours during the day in his local park and missed an afternoon meeting!

It seemed his day was full of little sleeps.

But what’s wrong with that?

Herding sleep to where it’s needed

Sleep, like sheep and cattle, needs to be herded. We need to collect and gather it up and corral it toward where we need it – namely, nighttime.

“How much sleep do you think you get at night, on average?” I asked.

Simon had clearly thought about this a lot, as his reply was instant. “About four hours a night. Sometimes less. The rest of the time I just lie there waiting for sleep. Or maybe drive it away worrying”, he added wryly.

This gave me an idea.

Sleep restriction therapy to the rescue

A growing body of research indicates that body clocks can be tamed and reset rapidly, and that doing so can improve mental and physical health.3

Sleep restriction therapy entails forcing oneself to sleep only during a fixed designated time, and remaining awake at all other times. In this way, sleep is trained. The new schedule is designed to restrict sleep so as to increase the drive for sleep.

This isn’t to be confused with the type of sleep restriction used to rapidly lift symptoms of depression, in which REM sleep is restricted.4,5

For Simon, napping during the day and dozing off when getting back from work – but then spending eight hours in bed for a total of only three or four hours of sleep – just wasn’t working.

So I asked him to:

So what was the upshot?

It took real effort from Simon, but he was desperate, and he decided to commit to this. When he stopped snatching sleep during the day, he did find that the drive for it increased at night. I’d also encouraged him to exercise more during the day, taught him how to relax his mind and body with self-hypnosis, and helped him form a new emotional association with his bedroom – one of calm and peace.

It took a while, but Simon began to long to go to bed rather than dread it. And when he did go to bed, he slept for the allotted time.

Gradually we extended his sleep time, setting his alarm later by 15 minutes every few days and also having him go to bed 15 minutes earlier. He began to look forward to this “extra sleep time”, as he called it. He let sleep back in, bit by precious bit. Five hours, then six, and eventually seven and half or sometimes even eight.

We used hypnosis, lifestyle changes, and other sleep techniques too, but the sleep restriction therapy protocol really seemed to work for Simon. It also gave him a precious sense of getting control back in his life.

But if you decide to use sleep restriction with your clients (and they agree to it, of course), there are some important considerations.

We need to think carefully before leaping in with sleep restriction. We need:

Ultimately, sleep restriction therapy is a reset for the mind and body. It takes persistence and discipline.

We can help support and encourage our clients in organizing their sleep, even when they “fall off the wagon”. When Simon admitted to snoozing during the day on a couple of occasions, I simply thanked him for his honesty and commitment and suggested he just continue with the program – which he did.

Six weeks after first coming to see me, Simon called by. He looked younger and fitter, with clear and refreshed eyes.

Helping a client with self-improvement

This client hasn’t been to see Mark for almost a year. He says he’s feeling generally much happier. He says he wants to become a “better version of himself” and Mark explores what this would actually mean in reality.

A few minutes into the session filmed for Uncommon Practitioners TV, much to Mark’s surprise, the client spontaneously enters deep hypnotic trance. Later he awakens from trance, again without Mark’s suggestion. During the trancework Mark and the client focus on widening perspective, becoming this “better version” of himself and feeling a sense of peace more often.

After the client spontaneously reawakens they continue to discuss some of his needs and Mark gives him a little focussing exercise to help him feel “pieces of peace” throughout his day.

Members of Uncommon Practitioners TV can watch this session online now. And if you’d like to join, you can sign up here to be notified when booking is open.

(5) REM sleep is increased in depressed individuals, seemingly because of unresolved emotional arousals caused by excessive non-solution-focused rumination. The theory of the cycle of depression helps explain how REM sleep restriction can help to alleviate depression symptoms.

One Simple Tool for Treating Insomnia

Is Your Client’s Insomnia Caused by Physical Factors?