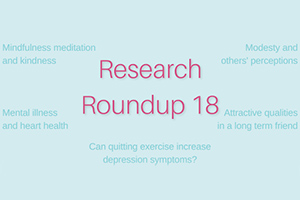 “You have leather? You have thread and nails and dye and tools? Then why don’t you make yourself a pair of shoes?”

– from The World of The Sufi by Idries Shah

Wisdom isn’t a mere compilation of facts, acquired then put aside, only to be brought out occasionally to impress others like some family heirloom.

Wisdom isn’t simply a capacity to collect and regurgitate facts – as useful as that is on a game show. Intelligence is more than simply having the discrete bits of knowledge which could lead to wisdom if only we made something of that information. Knowledge should enable us to understand patterns of reality and therefore act in new ways.

I think we become wiser when we are able to make sense of what we know, contextualize it, see where it fits in the bigger picture of what it means to be alive and human.

We are continually blitzed with bits of psychological research, some of which is fascinating. But unless we can make sense of it, it can all seem just abstract, removed from our daily experience.

In this occasional series I take five recent research findings and see how they might fit into a wider understanding of what it means to be human in the 21st century.

So let’s get on with it.

This month we’re going to take a look at:

Research piece one: Mindfulness meditation can reduce guilt – but that may not be a good thing

Recent research aimed at discovering how mindfulness meditation reduces negative emotions, like guilt and anger, has elucidated an unexpected consequence of the practice.

In the words of lead author Andrew Hafenbrack, mindfulness meditation – the calm, non-judgmental stilling of thoughts and exclusive focus on the present moment – can “reduce feelings of guilt, thus limiting reactions like generosity that are important to human relationships.”1

The study, involving 1,400 participants and published in the Journal of Personality and Social Psychology, found that mindfulness meditation (a) reduced guilt but (b) rendered the subjects less considerate of and generous towards other people.

What seems like a positive outcome – a reduction in the ‘negative’ emotion of guilt – seems to have had, paradoxically, a negative effect.

Guilt, shame, and embarrassment are all feelings that, in moderation, can keep us from treating others poorly. So perhaps it’s not so surprising that reducing these emotions may have the unintended consequence of making us less considerate. With guilt lessened, we may become more selfish and less socially adept.

But this is just one negative effect of mindfulness meditation among a sea of positives.

The regular practice of mindfulness meditation has been found to alleviate depression for some people,2 presumably because it reduces excessive rumination, which seems to drive depression.3 So it is to be expected that any practice that diminishes worry will have a palliative effect on depression and anxiety.

But there is a more philosophical point here.

Are guilt, shame, and generally feeling bad the only way we humans can be induced to do good; to treat others well?

If so then that’s a sad indictment on the human condition.

If we are generous to others not through altruism but for selfish reasons, including the desire to assuage uncomfortable feelings within ourselves such as guilt, then our acts may appear generous but are in fact self-serving too. Perhaps mainly self-serving.

Doing good for goodness’ sake and no other would seem to me to be a higher aim. (I realize this flies in the face of the current cynical cultural zeitgeist that all human behaviour is self-interested and can, in fact, only be so!)

Anyway, the researchers suggested that a specific way of practising mindfulness meditation may keep kindness and generosity intact. Study co-author Matthew LaPalme said, “Our research suggests that loving kindness meditation may allow people to have the stress-reduction benefits of meditation without the cost of reducing [reparative behaviours], because it increases focus on others and feelings of love.”

A little guilt can, perhaps, lead us to genuine good behaviour. Indeed, with no guilt we are rendered psychopathic. So guilt isn’t something to entirely eliminate. But we do need to regulate our emotions sometimes and help others do the same, not least for one very important reason.

Research piece two: Mental illness is bad for your heart

Research carried out at The University of Australia and published in May 2022 found a correlation between mental illness and wide fluctuations in blood pressure.4 This is associated with cardiovascular disease and organ damage.

Dr Renly Lim and colleagues concluded that there is strong evidence that mental illness disrupts the body’s autonomic functions, including regulation of heart rate, blood pressure, breathing, and temperature.

“We reviewed 12 studies on people with anxiety, depression and panic disorders and found that, regardless of age, mental illness is significantly associated with greater blood pressure variations during the day. We also found that for people who are mentally ill, their heart rate does not adapt to external stressors as it should.

“Contrary to what many people think, a healthy heart is not one that beats like a metronome. Instead, it should adjust to withstand environmental and psychological challenges. A constantly changing heart rate is actually a sign of good health.”

Relaxation training for clients with mental illness should often be used to stabilize not just their emotions, but also the many biological processes that underlie good physical health. As this study shows, in doing so we can, among other benefits, help regulate blood pressure and mitigate the cardiovascular risk associated with having a mental illness.

And talking of both mental and physical health…

Back in 2018, University of Adelaide PhD student Julie Morgan noticed that while there was plenty of evidence to show that regular exercise can ameliorate depression, research into the effects of ceasing exercise was lacking. So she carried out a meta-analysis of research on the effects of stopping exercise in previously active adults.5

Morgan reviewed six studies that had focused on the effects of exercise cessation. These studies encompassed a total of 152 adult participants, each of whom had undertaken at least half an hour of exercise, three times a week, for three months.

Professor Bernhard Baune, Head of Psychiatry at the University of Adelaide, said, “In some cases, ceasing this amount of exercise induced significant increases in depressive symptoms after just three days. Other studies showed that people’s depressive symptoms increased after the first one or two weeks, which is still quite soon after stopping their exercise.”

Baune added, “It is important that people understand the potential impact on their mental wellbeing when they suddenly cease regular exercise.”

Studies show that exercise lifts depression just as effectively as antidepressants, is even better at preventing relapse, and has nothing but good side effects.6 The benefits of exercise are most pronounced if the exercise occurs outside, particularly in forest environments.7

Exercise lifts depression as effectively as antidepressants, is even better at preventing relapse, and has nothing but good side effects. Click to Tweet

Depression, though, saps motivation and, when severe, can make the prospect of even walking around the block feel like climbing the Eiger. And this can quickly turn into a vicious cycle. Depression steals our motivation to exercise, but stopping exercise may cause or worsen depressive symptoms, which in turn makes it harder to get exercising again… and so we spiral.

Encouraging depressed clients to move, whether that’s walking, running, or some other form of exercise, is vital to help them regain a healthy mind as well as body.

I will often hypnotically evoke and rehearse exercise in depressed clients as a way of getting them attuned to it again.

And now for a change in mood.

Recent research involving 2,800 participants across 6 experiments suggests that people who signal their wealth and social status could be perceived as uncooperative.8

While past research has shown that we tend to view someone who displays indicators of wealth and status such as luxury watches and designer brands as more disciplined, intelligent, and competent,9 this new research shows that we also tend to see them as more self-interested and less cooperative.

In one experiment, 395 participants were shown an array of social media profiles and asked to choose people they would like to join their community on the basis of apparent generosity, selflessness, and cooperativeness. Participants were randomly assigned one of two versions of each profile: one with neutral posts, and one with posts signalling high social status, such as images of luxury cars.

The researchers discovered that participants were much less likely to choose people with social media profiles signalling high status to be in their community.

In another experiment, all participants were instructed to imagine they were producing their own social media profile with the aim of being selected for an online group, and to choose an outfit for their profile picture. But only half of the participants were told that the group they were hoping to join was looking for someone very  cooperative.

Those who were told that the group was seeking a cooperative team player were significantly less likely to select luxury-brand clothes for their profile picture than those who were not.

According to lead researcher Shalena Srna, “This experiment shows that people are attuned to when the value of luxury logos switches from positive to negative. Not only are people strategic about when to signal status, they are also strategic about perceived modesty.”

Human beings are group creatures. Being the ‘big I am’, excessive self-esteem, and even entitlement narcissism may impress in some contexts, but certainly not in group contexts.

So modesty may be an attractive quality when we are looking for a team player, but what qualities make someone attractive as a friend?

Narcissists do pretty well at attracting friends but not so well at keeping them.10 Research has found that those high in narcissism tend to be popular initially, but sink in popularity over time as compared to those people lower in narcissism but higher in emotional intelligence.

Certainly, someone with narcissistic traits may hook people initially with their self-assurance and showmanship. But that can wear pretty thin if it’s all about them – which, in a narcissist, is pretty much a given.

Being needy but not giving in return, being overly self-centred and ‘me, me, me’, seems to be a wonderful way to be jettisoned from consideration as a long-term friend.

Rather, the researchers found, it is qualities like empathy, ability to control emotions, focus on and time and effort invested in the friendship – in other words, ‘emotional intelligence‘ or EQ – that make someone attractive as an enduring, long-term friend.

Low narcissism, high EQ people may start off slow as far as friend popularity is concerned, but they tend to stay the course and become firmer and longer-lasting friends.

The authors wrote, “It seems that a quieter and less needy ego, coupled with abilities to perceive, understand, use, and manage emotions, ensure better relationships in the long run.”

Of course, someone might be extroverted, the life and soul of the party, lighting up every room they enter and be an emotionally intelligent, sensitive, decent, caring, and empathetic friend. But room-illuminating capacities and performative capabilities  eventually mean little if that’s all your friend offers.

A true friend is true to your friendship. A real friend is real with you. All else is just glitter.