Back to Top
Mark Tyrrell's Therapy Skills » PTSD, Trauma and Phobias » 3 Ways To Help Your Clients Readjust To Life After Trauma 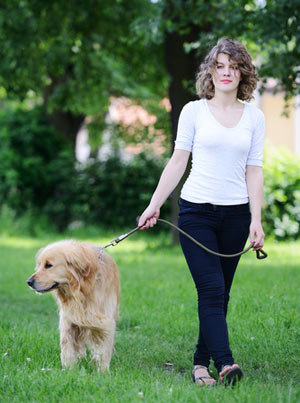 The terror in your client’s mind isn’t hard to ease. Post Traumatic Stress Disorder (PTSD) can be lifted in a single session, especially if it springs from a one-off incident.

But once you’ve lifted your client’s flashbacks and nightmares, you might still have to work hard at helping them adjust to a life without fear.

Friend and colleague Dan Jones tells how he helped a woman who had been (literally) imprisoned in her home by her own fear for twenty years. Following two traumatic events, her panic attacks became so bad that in 1985 she stopped going out altogether.

Two torturous decades later and Dan arrives on the scene. Using the Rewind Technique he de-traumatizes the unfortunate woman. That very same day they head down to the sea front together and sit on a bench to eat ice cream. She is free at last. No more fear!

But, like Rip Van Winkle waking up after his twenty year snooze, she finds the world has changed…

People behave differently in the street – walking along, chins on chests, tapping furiously into cell phones. People look different – in this 2005 world, acres of tattooed skin on show. Not to mention all those piercings. The relentless rush of bustling human daily life takes some getting used to. Just as eyes have to adapt after years in darkness, so too does the mind need to adjust to a drastic change in the environment.

Not feeling afraid can take some getting used to.Tweet


A ‘good problem’ to have, of course, but one the recently detraumatized might still need help with, especially if their trauma was long standing.

Here are a few ideas to help you help your clients adjust to life beyond trauma.

1) Prepare them for freedom

Before getting down to deconditioning a traumatic memory (or memories), ask your client how they expect and hope their life to be different once they are no longer traumatized.

This question might seem impossibly abstract to them, because those suffering PTSD often don’t really believe it can be lifted until it has been. But it can help them prepare for wellness.

How is your daily life going to change once the flashbacks of that assault have stopped?

What are you going to be able to do that you haven’t been able to do up to now, once that trauma has been put behind you?

How are your relationships going to be different once these memories have begun to feel distant and non-threatening?

This expression comes from the development of ‘chaos theory’, and refers to the way one tiny change (a butterfly flapping its wings in Brazil) inevitably changes the whole of reality in unseen but sometimes dramatic ways -leading to the emergence of a tornado elsewhere, for example. Change one part of a system and other parts will also inevitably change.

Curing someone of a life-blighting trauma is not a small change, and the cure will produce changes and benefits in sometimes quite unexpected ways. As far as possible you can prepare for that.

And you can do this specifically.

Once you have de-traumatized your client, and while they are deeply relaxed, have them mentally rehearse inwardly experiencing (not just thinking about) the changes they told you they expected to experience once the trauma was lifted.

For example, one man who had been badly beaten up while in a bar abroad was unable to go out socially afterwards because of his fear. When I asked him how his life would be different after his fear had gone, he told me (rather wistfully, as he was still doubtful that I really could help him) that he would just love to be able to go for a drink with his two best friends again.

After using the Rewind Technique with him, and while he was still in a state of deep relaxation, I got him to vividly mentally rehearse being out having fun with his two friends in various pubs and bars that they liked to frequent.

Not only that, but we also mentally rehearsed him calling up his friends to suggest meeting up for a drink, getting ready to go out, travelling to the venue and so on. This helped to make the totality of the experience feel natural and normal for him.

I once helped a guy overcome a severe phobia of travelling on trains. Right there and there (we happened to be right next door to a railway station, which helped!) we went out after the session and got on a train. He was fine.

Dan went out with the woman he helped release not just from the terror of her own mind but from the captivity of her house.

If it’s practical to do so, be with your client when they take their first steps away from trauma or phobia.

When lifting PTSD from war veterans, the overcoming of the PTSD itself is of course the vital and massive first step, but we can also help them re-integrate back into civilian life, and in other ways too. And the same is true for anyone who has lived with their trauma for any length of time.