How to colour your communication with metaphor 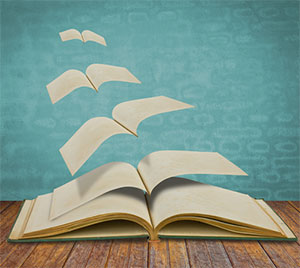 Just recently I’ve received several intriguingly similar emails from regular users of our downloads at hypnosisdownloads.com. The correspondents have been curious about why we often include stories in the hypnosis part of our downloads. A common question was: “What is the ‘point’ of that story – what does it mean?”

The beauty and wonder of stories is that they have an almost magical capacity to break through our prejudices, our preconceived ideas and emotional limitations, and ‘contact’ a deeper part within us – the part of us that responds to metaphor and patterns.

Now before I expand on this, a word or two of warning.

Warning – How to kill a good story

If you want to stop a story from truly working its magic, you can do one of two things. You can try to analyse it very consciously in order to work out ‘what it means’, or you can try to see the ‘point’ or understand the ‘punch line’.

There is a story about the dangers of sapping the life out of a story through over analysis. A curious boy, a would-be scientist, captured a fly to study, and immediately started to pull it apart. Very soon, the boy had a pair of wings, a head, some legs and a body, all spread out on the table. But he couldn’t help but wonder where the fly had gone…

Just as pulling the fly apart caused the life – the ‘flyness’, you might say – to go out of it, so too unpicking a story can in some cases block its capacity to work unconsciously within you to its maximum effect.

Unpicking a story can block its capacity to work unconsciously within you to maximum effect.Click To Tweet

The hidden power of stories

The best stories are multifaceted and, like an onion, have multiple layers of meaning depending on the state of the listener’s (or reader’s) mind.

You don’t always exhaust a story on the first encounter. I’ve often noticed that repeated readings or hearings of the same story can reveal more and more meanings and depth. If you set out to look for, and perhaps find, ‘one meaning’ for a story, you may stop looking for what else it may be offering you prematurely, thus diminishing its potential to teach you.

The real ‘juice’ of a story may be in the beginning, or even in parts that seem quite irrelevant, not in some ‘punch line’. So, in short, it’s always best to listen with an open mind!

When people have been hypnotized, they often feel different afterwards about an old problem, or even feel that it no longer is a problem. Some of the time, a story embedded in the wider hypnotic communication will have been what made all the difference.

Metaphor has evolved with us

You and I, and all of us, evolved to continuously adapt to what we encounter in life and to understand it through metaphor.

You dream in metaphor. All language is ‘metaphorical’ in so far as sound bits are stand-ins or metaphors for what they are describing. The word ‘shoe’ for instance, isn’t itself a shoe. It’s just a word. But the word acts as a metaphor.

So what’s the value for you of using metaphors, and even full-blown stories, more in your everyday life?

The value of using metaphor

Well, let’s say you’re trying to help someone overcome some problem, or maybe coach or teach them something.

A constructive metaphor will do four things:

Let’s look at these in more detail.

Building expectancy
A good metaphor will build a sense of expectancy in the person you are talking with that his or her problem can be solved. Metaphors which are hopeful engender hope.

Bypassing resistance
We are all naturally resistant to change. Stories, anecdotes and even seemingly throw-away metaphors can be used in such a way as to maximize the chances that the ideas you are suggesting will be accepted.

For example, if a smoker is firmly wedded to the idea that they have a so-called ‘addictive personality’ and this bias leads them to feel that quitting will be very hard or even impossible, I might suggest that smoking is like a relationship with an abusive partner, in which the thought of leaving may be very daunting in spite of the abuse, but once you do leave them, and they are no longer pushing you around, you wonder why on earth you didn’t leave years ago.

This kind of metaphor offers hope and gives the person a new, less limiting way of looking at their problem.

Maintaining autonomy
It’s important to all of us to feel that we have some autonomy and control over our own lives. People generally don’t like being directly told what to do. An anecdote, metaphor or story is a way of offering an idea or advice without seeming to do so. It can be accepted (or rejected) without the person even noticing thatyou’ve given them a new way of seeing the situation or problem.

Offering new perspectives
Metaphorical communication can also help people see their situation and even themselves more objectively. It’s useful to see the many characters of old familiar tales – the hero or heroine, the villain, the sisters, the witches, the stranger on the road, and so on – as representing different parts of a single person.

So, for example, if someone wants to quit an addiction like drinking, the villain alcohol may unconsciously be represented by the wicked witch or evil genie who, through a combination of cunning, courage and determination, is outwitted and defeated by the hero or heroine.

Stories have been used for thousands of years to teach at both conscious and unconscious levels. Stories are naturally hypnotic because they get you visualizing an alternative reality and so ‘forgetting’ your current experience to some extent as you drift into the narrative of the tale you are listening to.

Get used to likening one thing to another when you communicate with people. In fact, I’m sure you already do this. My guitar teacher recently described the musical notes in a piece we were working on as being like flavours in a meal. If we put in too much of one spice or herb, other flavours can be blocked out. This was a nice way of embedding in my mind what he was trying to teach me.

Read plenty of traditional stories with an open mind and let them work within you, without trying too hard to consciously digest them or pick them apart (remember that poor fly). And you can even start telling stories during conversation, not necessarily lengthy ones, but just stories that proffer a wider or new more healthy perspective.

I once worked with a client who was very lonely and had got into a relationship with a man who treated her very badly. She kept telling me how stupid she was for going out with this guy. I reminded her that she had been lonely and then I said something like:

“You know, it reminds me of a story I once heard about a man who was driving through a scorching desert when his car broke down. In the end he got so desperately thirsty that he began to drink the fuel from the petrol tank.”

She got the point that it was her loneliness that had driven her to start a relationship with such an unsuitable person.

So when someone needs to learn something or is having a problem, notice what kind of story or image comes to mind and ask yourself: Will this be a new and valuable metaphorical perspective for them?

People like stories, so the more you use, while taking care to avoid being too long-winded, the more entertaining people will find you and, more crucially, the more you’ll inspire, persuade and be able to teach people.

Hero Therapy: What It Is And How To Use It With Your Clients