Or how I converted a hypnosis cynic – and gained a client! 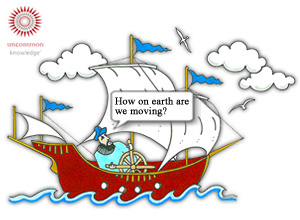 Not an uncommon question of course. If there’s one thing people like, it’s categorizing people.

And that’s perfectly fine in my book… as long as the category doesn’t get too tight and narrow!

I guess we all like to know who we (think) we’re dealing with.

And as it turned out this woman at my tennis club, whom I’d never met before, worked as a psychologist and therapist.

So before start of play I politely answered her question, whizzing through my career up to now:

She stopped me there.

“Why on Earth did you train in hypnotherapy?”

Against the comical backdrop of mid-life amateur tennis players, lobs, mis-hits, and muttered curses, I stared back at her. I detected no malice, no pre-match mind games. She was genuinely curious. I returned serve – out!

“You do counselling, how can you not use hypnosis?” I asked.

“Well…” She paused, obviously not wanting to offend my professionalism. “I use… validated approaches. Cognitive Behavioural approaches. No… err… you know, woo woo. No offence.”

Despite my longstanding belief that saying “no offence” is a poor substitute for avoiding offence in the first place, I decided to let it slide.

But all of a sudden I was teetering on the wrong edge of a match point. It seemed as if nothing could save me. Then again, in Great Britain there’s always one thing that can turn the tides…

As if it were scripted, a single, precision-targeted drop of rain bounced off my nose (okay, maybe not that precision-targeted… it’s not a small nose!). Moisture filled the air as heavier drops began to fall, each one faster and harder than the last.

As the downpour persisted, we had no choice but to retire to the clubhouse. Maybe the skies would clear… or maybe I’d get lucky! But for now, the match was verbal – and it was time to dig in and start hitting some winners.

I nominated myself to serve:

“I run the biggest hypnosis downloads site in the world.” She looked unimpressed.

“We have over 1,000 titles and have sold well over half a million of them.” Again, my serving up big numbers didn’t seem to faze her.

But her attitude only spurred me on. After all, the bigger the challenge, the greater the victory!

“Psychiatrists, doctors, counsellors and psychologists take our courses on how to help others overcome depression, stop smoking, lift trauma and phobias and reframe thinking…” I continued.

“Yes, but that’s not hypnosis!” Right down the line back at me.

Now I was in the zone.

“Well, all emotional problems require a narrowed focus of attention and often occur not through thought, but through emotional pattern matching, just like naturally occurring post hypnotic commands.”

I caught her nodding – at least, it kind of looked like a nod. Was I finally getting somewhere?

“All our downloads are either supported by extensive personal experience while treating clients, or research,” I explained.

And while the rain storm lashed hysterically against the windows, I volleyed and lobbed research references at the poor woman relentlessly. Pulling out examples at random, I explained how hypnosis:

The list goes on and on! But I decided I had better not.

As the rain morphed into unseasonal hail, I reined myself in, though it took everything I had not to mention the obvious use of hypnosis for smoking, drinking or drug use cessation; or its role in overcoming self esteem issues, emotional insecurities in relationships or promoting confidence for public speaking!

But as we sat there still hopefully clutching our rackets, I realised I wasn’t ready to be silenced just yet.

I explained why I believe that hypnosis is not just a useful tool, but an essential tool for all people helpers – because changing thoughts doesn’t always change feelings. I explained that emotions developed to be stronger than thoughts, so it’s more powerful to change feelings in order to change thoughts than the other way around.

I stopped myself before mentioning that French firemen are actually taught hypnotic language techniques to calm people in times of emergency. There’s only so much brow beating you can do in one sitting!

Mind you, I was starting to feel she wanted something from me – and not just the tennis victory.

As the distant thunder growled moodily over the drenched clay courts, we knew there was no salvaging the tennis match. But I definitely had the edge on the verbal match!

“So you think hypnosis can reach the parts other therapies just can’t reach?”

She looked taken aback, not used to such certainty. After all, psychologists like to hedge their bets just like everyone else.

“Everyone should understand how trance can cause and sustain problems, and how to use hypnosis to overcome them. In fact, there are many problems I find it hard to imagine you could even treat effectively without hypnosis.”

“If hypnosis is so central to what it means to be human and can help so many people for so many problems,” she reasoned, “why haven’t I, a trained counsellor and psychologist, learned about it?”

I couldn’t return that one, but it didn’t seem to matter. Although she still looked unsure, there was something different about her expression. I sensed that it was no longer what I was saying that she was uncertain about, but something as yet unsaid. Finally, she came out with it.

“Can you help me overcome my anxiety when playing tennis?”

She was serious. Resisting the urge to tell her that playing me may have had that effect anyway, I told her yes, we can work with sports performance.

But maybe we’d leave that awhile, I thought. At least until we finally got the chance to play our match – all game, set and match of it!

To read more about the research behind hypnosis, see my free ebook.

Learn how to use hypnosis in your therapy with our online course Uncommon Hypnotherapy.