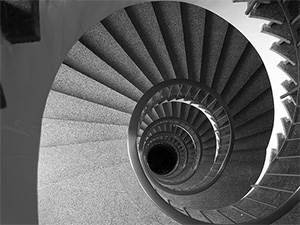 Obsessive Compulsive Disorder is a thief. It steals your life.

Great dark rings etched beneath Sheila’s eyes betrayed just how much time had been lost worrying her life away. Reddened calloused fingers spoke of the millions of seconds wasted away pursuing her obsession. A toneless unhappy manner of speech denoted relentless mental torture.

Obsessive Compulsive Disorder (OCD) can be hard to treat. The first time I saw Sheila, she arrived 20 minutes early and promptly went up to the bathroom. Here she spent those 20 minutes frantically checking my taps were turned off after using them.

She could walk away… almost… moving away from them… no… having to go back to check… just one more look… are they really off…?

“Sheila! That’s enough! I want to talk to you!”

Sheila sat down. She described how she hated her OCD but couldn’t live without it. How it had arisen when she was a child. How it sometimes lessened in intensity, but never went away entirely. How stress would get it flaring up like some festering rash that lies dormant but never goes away.

OCD can express differently in different people, but the underlying mechanism is the same.

OCD can express differently in different people, but the underlying mechanism is the same. Click to Tweet

Obsessive thoughts lead to obsessive actions such as turning taps on and off, or hand washing, or cleaning, or anything.

Like a miserly tyrant forcing his slaves to work unrelenting hours for a pittance of reassurance that might last no more than a few minutes, OCD was brutalising Sheila’s life. It was tearing down her marriage and ripping away her happiness and her capacity to mother her dearly loved children.

Why does it do this?

Sheila felt that if she didn’t check taps by turning them on and then off again then ‘something terrible’ would happen to her kids or husband.

Once they were turned on, she could never feel completely sure she’d turned them off properly. Sometimes she would spend up to four hours checking – over and over. This OCD checking was meant to be an anxiety reducer, meant to give her a sense of control over events, meant to help her.

But in practice it was doing the opposite.

I saw Sheila three times and used hypnosis to help her finally reclaim her life and leave the OCD behind. This is why I used hypnosis, and why you should too if you ever treat Obsessive Compulsive Disorder.

1) Reason One: OCD is hypnosis

Every single one of the hundreds of OCD sufferers I’ve treated over two decades have described how, when they are obsessing or acting compulsively, they feel like they ‘space out’.

During any hypnotic state there’s a narrowing down of your focus of attention at a given trigger, a feeling of ‘time disappearing’ during hours of (for example) hand washing. You become inwardly absorbed as the imagination becomes more ‘real’ than external reality.

OCD isn’t really a ‘thought disorder’. It’s a ‘feeling disorder’ – even an ‘imagination disorder’. So it makes sense to treat a ‘hypnotic condition’ with hypnosis.

But there is also the subconscious mind to consider…

2) Reason Two: Hypnosis communicates with the ‘problem part’ of the mind

You might have heard the parable of the man looking for something in the street at night.

“What are you looking for?” asks his neighbour.

“Where did you lose it?”

“Then why are you looking for it out here in the street?”

“Because there’s more light to see by under this street lamp!”

Trying to work at the conscious level with someone when the problem really resides in, and is maintained, by, their subconscious mind is like the man looking for his key in the wrong place just because there seems to be ‘more light’ in that place.

But we can go further.

3) Reason Three: Hypnosis is a great way to extract the fear from OCD

“Sheila, how would you feel if someone physically prevented you from compulsively checking water taps?”

“I’d be terrified. Even thinking about that makes me feel anxious!”

But what if it didn’t?

What if Sheila could become totally relaxed with the thought of – and the reality of – not checking? The power would be taken away from the OCD right there. OCD is fuelled by fear.

In treatment of OCD it’s both intelligent and practical to focus on taking the fear out of not carrying out some compulsive behaviour. We can use the hypnotic Rewind Technique to decondition the anxiety around not carrying out OCD rituals. When we do this OCD can evaporate amazingly fast.

There are many other reasons why hypnosis is great for treating OCD, but these are the three that I think really count.

And while I’m not saying that other approaches such as CBT can’t or shouldn’t be used for OCD (of course they can), it is important to understand that, for genuine change to happen at the feeling level, hypnosis – a new way of focusing the mind – must occur.

Fortunately, naturally occurring hypnotic states are likely to arise in any good therapeutic encounter to assist the therapist in their work, whether the therapist is aware of this or not.

You will have an added advantage if you know what you are doing with hypnosis.

Are You Accidentally Hypnotizing Your Clients?

What are the Secrets to Effective Group Hypnosis?