How to Use the Affect Bridge to Instantly Raise Self-Esteem 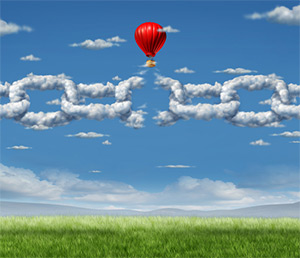 Finding the root of a problem, and then helping clients deal with it in the right way, can free them from its influence

“My destination is no longer a place, rather a new way of seeing.”

As we travel through life our memories meander with us. Times we hated; times we loved.

Some fade, but others, like attention-seeking phantoms, tug at our conscience so that, in some way, the past is always present.

The shrill cry of some memories is so loud, so terrifying, that we can’t help but believe the past is now, all around us.

But not all memories are so obvious. Some memories, though long forgotten, exert a lingering effect we may not even be aware of. Like gravity, their force is invisible but very real. We don’t always see them, but we definitely feel them.

Back to the source

In Emily’s first session, which I describe here, I help her control the panic attacks that have been blighting her life. We clear the brushwood so that we can begin to tackle the ingrained emotional patterns that lie beneath.

Four months later, I see Emily for a second session. And she has something wonderful to tell me: “I’m not having panic attacks anymore. And even if they start, I know I can stop them!”

This is a great start. But what else can I do for her?

“I’ve still got low self-esteem and self-confidence”, she confesses. As the session unfolds I learn that Emily is confident in some areas but still has terrible difficulty asserting herself in relationships.

She doesn’t feel heard but nor does she feel she can speak her mind. And there are those in her life who, like vultures to carrion, target her because of this. They use “emotional blackmail”, as she puts it. Of course, she’s not alone. People dominate others in all kinds of ways.

“I always try to please people and feel terrified of upsetting anyone, even when they are treating me badly!”

But the whole time I’m thinking, why might that be?

I suggest to Emily that her terror of upsetting others may have originated from times when there really had been dangerous consequences of not pleasing others. And as she relates her painful past, it becomes clear that this theory isn’t such a stretch. Emily agrees that as a child it did feel dangerous to not please the adults in her life. And it still does.

She describes a time in her adult life where she felt unable to be assertive, unable to find her voice. I ask her to focus in on that feeling to see if any particular memory comes to mind. At first nothing does, but we wait, and pretty soon a horrible old memory surfaces. A nasty presence emerging from a dark corridor of her mind.

We follow the trail of this feeling through the decades, all the way back to primary school, where Emily had had to give a presentation. The children had jeered at her, thrown books at her, and called her boring. And the teacher had done nothing to help. Emily had found herself completely unable to speak. She had no voice.

It was the same feeling that has echoed through her life ever since, every time she tries to stick up for herself.

I am using an ‘Affect Bridge’. We’ve located the feeling and linked it to an earlier time, and now I can help Emily ‘go back in time’ and sort that memory out. I can reframe that memory emotionally (and therefore cognitively) so that it loses its power over Emily’s life.

By the end of the session, Emily is already much more assertive. Of course she is. We have finally freed her from the shackles of her past.

So how do we use the Affect Bridge? Here are some pointers.

I ask Emily not just to describe the feeling she had when she was unable to be assertive, but to actually feel it for a few seconds. This is key: we need a sample of the problem feeling.

I worked with a woman called Wendy who would compulsively chew discarded rubber bands and smoke thrown-away cigarettes. She had enough money not to have to do this and was at a loss as to where the compulsion may have come from. But when we used an Affect Bridge, all became clear.

Once you’ve isolated the feeling, ask your client what (if any) memory comes to mind when they focus on this feeling. Don’t be surprised if the answer is no – at least at first.

But sometimes these things just take a little time. Chances are it will be a memory they haven’t thought about in a long time and haven’t really connected to their current difficulties. (But it’s not a ‘recovered’ memory, for reasons explained here.)

Just like Emily, after a few moments Wendy told me no memory had come to mind. But after a few more seconds, she suddenly recalled a time at school when friends had thrown away sweets in the playground and she had greedily scooped them up to eat (her stepmother never allowed her sweets or gifts, even on her birthday or at Christmas).

I suspect this was an example of a ‘molar memory‘ – one that has both a positive and negative emotional root and seems to produce bafflingly compulsive behaviours.

Once we connected Wendy’s compulsion with this memory, progress was swift. Emily, too, quite easily connected the feeling of having no voice when she needed to assert herself to the pain of those earlier memories.

But importantly, we need to ensure we are helping the client access memories they have always had – because in therapy we always need to remain aware of the very real risk of manufacturing memories.

Gone are the days when psychotherapists believed their job was simply to help their clients ‘find out what happened’, with the naive belief that understanding where a problem came from (or at least formulating some kind of theory) would somehow magically make it dissolve.

Millions of people know, or at least suspect, where their problems originated, but knowing doesn’t make a blind bit of difference to the suffering they cause. We need to do something with the origin (or origins) of that problematic emotional pattern if we are to dissolve its power over the client.

It might have some impact to explore the memory cognitively, although trying to change emotional patterns by thinking differently is often to put the cart before the horse, because strong emotion tends to precede thought.

Sometimes we might use the Rewind Technique if the memory is so strong the person shows signs of PTSD, or, as with Emily, we might bring resolution to the memory through some other method, such as the Helping Hand Technique.

About halfway through my second session with Emily we deal with her memory of being bullied pretty fast, and immediately Emily tells me happily that it’s now “like a neutral feeling” when she thinks about it. It needn’t be difficult to wrench the power from troublesome memories and hand it back to the client.

(Reframing is a topic in itself and we have articles on it here and here, plus our course Conversational Reframing.)

Once we have helped take the negative power from a memory so that it no longer activates difficult feelings in the present, we can help our clients hypnotically rehearse new feelings. In effect, we take one thing out (the negative feeling from the old but influential memory) and put something else in, a new template for feeling and behaving differently in future.

During relaxed trance we can help our clients view themselves from a third-person perspective, as research shows this makes it more likely new behaviours will naturally be adopted.1

I help Emily get a sense of observing herself ‘from the future’, being calmly assertive and strong with people, setting limits and feeling true to herself. To be assertive, as I reframe it to Emily, is to be more honest with people. This was a frame she could respect and made becoming more assertive a way of also being more decent in her relationships.

In this second session we have come a long way. We’ve located a memory which, while not recalled, has still been malevolently active in tripping up Emily’s life and undermining her confidence and self-esteem.

We’ve reframed that memory, not just cognitively but emotionally, and we’ve set new emotional templates for confident interactions in future, which will in turn help raise Emily’s self-esteem.

In my third session with Emily she tells me brightly, “I no longer feel like a helpless child.” She describes successes she’s had through being more assertive with people. She says she is now able to state her own needs and perspectives, and gives examples of where she has exercised her newfound confidence.

There’s nothing better in life than truly breaking free of the chains of the past.

How to Lift Low Self Esteem in Your Clients is my online course in how to tackle even the most desperate of cases of poor self worth. Read more here.

PTSD And Depression – Is Trauma Locking Your Client In Depression?

Should You Use Regression with Your Clients?