How to Use Hypnosis in Emergencies

Using the natural trance state of shock to help the victim 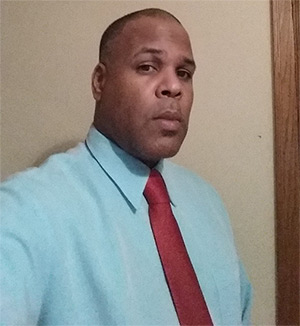 William Johnson is a Certified Emergency Hypnosis Trainer to Emergency First Responders, and a Master Hypnotist

“Her screams sounded as if she were being murdered!”

This is how Tim described the eardrum-piercing wails of immense pain and horror coming from his 14-year-old daughter after he accidentally crushed her hand in the heavy steel door of his 5,500-pound SUV.

Tim said that he was extremely startled at first; his mind raced to process what was actually happening before he could even turn around to see what had happened.

He said that he instantly spun around, whipping the door open, to see the mangled, bloated hand of his precious baby girl.

It was his fault. He had slammed the back door on his daughter’s hand as she grabbed the outside of the truck door’s frame in a last-minute decision to exit the vehicle.

Tim could have easily panicked in this situation. Instead he did something else.

What Tim did next

Before he knew it, before he could think, Tim’s skills kicked in. Tim took control.

Through his training in emergency hypnosis, he immediately recognized that, though hysterical, his daughter was already in a highly focused and absorbed trance state. She was totally focused because of the sheer pain she now found herself in.

Tim also knew that if he could get and maintain her attention, he could ‘hijack’ her trance state and hypnotically lead her subconscious mind from a state of pain and horror to a state of calm and relief.

With his knowledge of direct hypnotic commands, Tim was able to instruct her brain and nervous system on how to respond.

His understanding of representational systems (knowing whether she favoured visual, auditory or kinaesthetic sensory experience) enabled him to select the very best modality to communicate with his daughter.

Lastly, his confidence in the five emergency hypnosis techniques (listed below) put several powerful options at his disposal, guaranteeing success in helping his frightened, injured child.

Because of his specialized training, Tim was able to hypnotically put his daughter into a deep state of relaxation, reduce the swelling in her hand, alleviate the pain, and transform her tear-dampened face into a look of relief.

I will always remember this story, because Tim is one of my closest friends. And when I was starting out and needed bodies to fill a classroom so I could tape a class for marketing purposes, Tim was one of my first students!

The video we shot that day was grainy, but the emergency hypnosis skills that the class, and especially Tim, learned were crystal clear and amazingly beneficial. His goal was to help me out, but in return he learned some elite skills that he will have for life.

As for Tim’s daughter, a trip to the doctor revealed that her hand was already healing rapidly. She had a slight fracture but no broken bones, the swelling had subsided, and there was no pain aside from a little tenderness. It was hard to believe that a 230-pound man had just slammed a heavy, steel, truck door on her hand.

So why was Tim able to hypnotize his daughter so easily and quickly that day?

What is emergency hypnosis and how does it work?

When someone is the victim of severe physical trauma, such as occurs in a car crash, an act of violence, an accident, or a disaster, they are catapulted into a highly focused, absorbed, and emotional trance state.

When someone is the victim of severe physical trauma, they are catapulted into a highly focused trance stateClick To Tweet

We call this shock hypnosis, and it rests on the fact that hypnosis isn’t exclusively about relaxation, but also focus.

Because of their highly focused and intensely emotional trance state, a victim of physical trauma is extremely suggestible to direct hypnotic command. Application of hypnosis actually becomes easier for such people once you can gather and focus their attention.

So if a first responder, such as a paramedic, firefighter, police officer, or rescue team member, is trained in emergency hypnosis, that professional can capitalize on an already-present trance state by using hypnosis techniques designed specifically with traumatic emergencies in mind.

Since the victim is in a survival trance state when the first responder arrives, there is no need for a formal hypnotic induction. This is of great benefit to the emergency first responder. He or she never has to worry about inducing trance before using emergency hypnosis methods, because the trance state is already 100% guaranteed!

As a bystander it can feel awful not to be able to do anything, but knowing emergency hypnosis ensures you can, at least sometimes, do something wonderful for the victim.

When someone is severely injured, they are very afraid and desperate for your help. This state of fear mixed with desperation makes a person ultra-compliant to your every command!

Emergency hypnosis was created especially for emergency first responders. However, anyone interested in being able to skilfully assist someone who is suffering from a traumatic physical injury can develop this ability under the proper guidance.

If you use hypnosis already in the comfort of a therapy room, then of course there is a cross-over and you are well placed to extend your expertize into emergency situations. But there are some crucial differences between ‘frontline hypnosis’ and ‘therapy room hypnosis’.

Some distinct differences separate the paying hypnosis client from the trauma victim in need of emergency hypnosis.

The willing hypnosis client and the hypnotherapist can both cancel appointments, and the appointment can be conducted via a suitable online video chat application or in an office. There is great flexibility between client and therapist.

The emergency hypnosis subject, on the other hand, affords the emergency first responder no flexibility. The situation is happening right here, right now, under specific circumstances, and the first responder and the subject both have to deal with whatever is presented.

The willing hypnosis client is not always ‘willing‘. Sometimes they have false notions about hypnosis that must be dispelled. They may be in a lousy mood. They may be resistant to relaxation techniques or hypnosis in general. Many things can prevent compliance, even from a paying client!

But the emergency hypnosis subject is always compliant! Why?

Do what needs doing (but no need for formal inductions)

During or just after an emergency, the person you are helping just wants help. They are desperate and don’t have the time or energy to worry about meeting any other needs, such as a need for status by being contrary or conflicting with your ideas. They are willing to do whatever is asked in order to survive their ordeal.

The willing hypnosis client must undergo a successful hypnotic induction or the therapist will not be able to hypnotize them.

The emergency hypnosis subject is already in a highly suggestible trance state! So no formal induction is ever needed.

The willing hypnosis client might not respond to or be suited for certain hypnotic techniques. Therefore a therapist must be versed in dozens of techniques in order to tailor a session to a particular client.

This means that the mind’s critical factor is unlikely to resist any of the five emergency hypnosis techniques at a practitioner’s disposal.

The first responder must, however, be able to utilize the emergency hypnosis techniques to ensure success.

Yes, there are only five main techniques. But this does not include eye-accessing cues, modality recognition, leading and pacing, or hypnotic language and commands, even though all of these are used in emergency hypnosis.

So what are the five emergency hypnosis techniques?

These five techniques are deceptively simple, yet very powerful!

This is a technique that is used in every interaction and is the very first thing that must be done before engaging any further. The subject is basically verbally agreeing to comply with your suggestions.

So we might say: “I’m going to direct you into a calm state of mind so that you can feel better. Okay?”

This technique utilizes visualization and guided imagery to drastically alter the state the subject is in as well as increase suggestibility.

For example we might ask someone to visualize the shape of numbers while counting back from one hundred, and intersperse suggestions to relax and feel more comfortable.

This technique is my absolute favourite! I have used it liberally in non-emergency pain control sessions.

It basically involves having the subject focus on several parts of the body that have not been injured, leading up to the one that has been.

This technique involves compounding a positive direct suggestion with an activity that is taking place. So you might mention that the siren lights on the ambulance are flashing, and suggest that:

This technique is a clever way to create rapport with a subject that has experienced a traumatic injury. The technique makes the subject feel as if you understand what they are going through. It also increases acceptance of your suggestions. It is an accelerated way of building rapport by showing you understand their experience.

“Yes, it will do for a while. It must feel awful right now! I can imagine how you must feel!”

“It must feel awful right now” indicates that you recognise their pain, but you’ve also signalled that it is temporary. “I know how you feel” connects you to them.

You can also say, “I have felt that way before.” Whether you’re talking about fear or pain, when a person hears this statement while noticing that, despite your having felt that way you are now doing well, they are given great hope for survival and rapport is deepened.

“I have found that…”  is a statement that is usually given as either a hypnotic command or as direct advice on how to triumph under the circumstances.

The statement makes the subject more compliant and suggestible because the hypnotist is stating that they have successfully helped others in the same situation by doing exactly what they are suggesting the subject do: “I have found that people can relax much more than they believe possible in moments like this…”

One thing’s for sure. The power of the mind is huge, and sometimes we really need it to work for us – and fast. So…

What is a trained emergency hypnotist capable of?

First responders trained in emergency hypnosis can do amazing things! When you are trained in this approach you can:

Tim’s daughter was both unlucky and lucky that day. Unlucky of course to be the victim of an accident, but lucky that her dad had the skills to help her calm and heal as fast as possible in the moment.

William Johnson is a Certified Emergency Hypnosis Trainer to Emergency First Responders, and a Master Hypnotist. See: www.easetrauma.com as well as: https://www.udemy.com/emergency-hypnosis-training-for-first-responders/.

To learn how to use conversational hypnosis in your practice, click here to read more about our online course Uncommon Hypnotherapy with Mark Tyrrell.

Three Natural Ways to Use ‘Deepeners’ in Hypnosis