Back to Top
Mark Tyrrell's Therapy Skills » PTSD, Trauma and Phobias » How to Maximize Client Comfort When Using the World’s Most Effective PTSD Cure 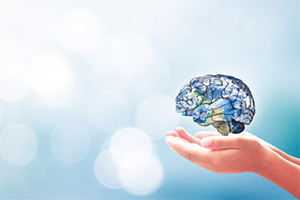 The air in the room seemed to crackle with urgency as he spoke.

His eyes were wide, fixed in a gaze of eternal horror; an unfading snapshot of an unbearable moment continually lived.

James only alluded to the severe physical and sexual abuse he’d suffered – he couldn’t bring himself to describe it directly.

The old ‘sticks and stones’ adage couldn’t be further from the truth. Words can hurt, even when they come from our own mouth.

It wasn’t just that he had suffered abuse, but that he was still living that horror. Many years later, the now he lived in was still that same now he’d experienced back then.

Trauma locks people in time. No matter how hard they try to move forward, it keeps them anchored in the past, like a fiend yanking them back by the throat.

But there was something else James said that really got to me.

Treating trauma: First do no harm

The post-traumatic stress James was suffering from childhood abuse had gotten worse after seeing a particular therapist. Finally, in his 30s, he’d mustered the courage to seek help for his terrible nightmares and flashbacks – and all he got was more pain and muddled therapeutic theory.

“He made me talk about what happened. He even made me close my eyes and try to relive it. He seemed to think that was the key to getting better. He told me there must be something that I didn’t remember that was the real root of my PTSD! But I already knew what caused it. I already remembered it, only too well!”

James now had terrible memories not just of the abuse, but of the therapy itself. His nightmares and flashbacks got worse. He dreaded every session, and needed time just to recover after each one.

James’s therapist tried to convince him that all this extra pain was somehow “part of the healing process”. Clearly, he had a severely limited knowledge as to what trauma actually is.

Amazingly, James was still prepared to give therapy another go. “I felt there had to be help out there for me”, he explained. And he wasn’t wrong.

James’s next therapist tried Eye Movement Desensitization Reprocessing (EMDR) and the Emotional Freedom Technique (EFT), or ‘tapping’. James found this a bit more useful (which wasn’t hard after his first experience!), and it seemed to help him at least get back to where he was before seeing the first therapist.

But it wasn’t coupled with deep relaxation, and the howling nightmares continued.

Still James found himself plagued by the memories. The distraction of self-tapping during a flashback would sometimes help it pass a little quicker – when he remembered to do it – but it wasn’t enough.

When we truly understand what trauma is and what is needed to lift it, only then can we offer real hope and help.

So what does a traumatized client really need?

The three ingredients to ethical trauma treatmentClick To Tweet

To help a client overcome trauma, we need to keep them:

Any technique that can help clients do these three things will help them.

Trying to get clients who are less extremely traumatized to talk through what happened may help them process the trauma eventually, but it could be painful. And for around a quarter of clients (1), talking about the trauma will actually deepen it, because it means they have to experience the horror again and again.

This knowledge has been available for some time, and I feel it is unethical to continue to try to treat trauma in ways that do not take the nature of trauma and trauma cure into account.

The Rewind technique is currently the most comfortable and reliable way of using the three principles of ethical trauma resolution. It’s an amazingly quick and safe way to lift debilitating trauma or phobias.

But even when using Rewind, practitioners still need to consider the way they communicate. The language you use when working with Rewind can make all the difference to both its effectiveness and your client’s comfort.

Just as you must avoid peanuts if you have a nut allergy or gluten if you’re coeliac, you must avoid provocative language if you’re treating someone with trauma. Keeping our language safe, at least until the trauma or phobia is lifted, is paramount.

Phobic or traumatized people often find that the slightest trigger ‘sets them off’. And words can be powerful triggers. Just the mention of the word ‘spider’ can spark terror in an arachnophobe. I’ve found the word ‘rape’ or ‘assault’ or even ‘memory’ can automatically arouse the severely traumatized or phobic person.

I worked with a car crash survivor whose partner had died in the crash. She herself hadn’t been seriously physically injured, but she was acutely traumatized. Until the trauma was lifted, she couldn’t hear the word ‘car’ or ‘crash’ without her body flooding with adrenaline. Such is the immense power of pattern matching.

In one of my workshops, I cured a woman of a belly button phobia. Before we worked together she couldn’t say or hear the word ‘belly button’, and she had her own ‘BB’ as she called it taped over so she couldn’t see it. After a single Rewind session, she could say it easily. In fact, she took great delight in doing so over and over!

For the Rewind technique to be effective, we want the client to remain calm and relaxed throughout the session. But how can we deal with such specific scary memories without using potential ‘trigger words’? I want to give you three protective language strategies that do just that.

Your client knows what happened to traumatize them, and they don’t need you to retell them. Some very simple ‘code words’ can let them know what we’re talking about without bringing up the specifics of the situation.

So when you Rewind a specific terrifying spider memory, don’t talk about “the time when you were terrified by that big hairy spider jumping on your head from the grandfather clock”. Simply refer to “that wooden clock time”.

No ‘terror’, no ‘spiders’, no ‘jumping’. I don’t have to use these words for them to know what I’m talking about. Similarly, the ‘code’ for a car crash might simply be: “That time in December”.

Lifting trauma is all about widening the emotional context. This can be quite straightforward if someone ‘only’ has a subthreshold trauma, but we can also help the process along with our use of language when applying Rewind.

The wooden clock or the fact it was December is a context that isn’t the usual focus of a flashback, so this kind of language can help contextualize the memory and protect the person whilst the memory is being reprocessed as emotionally past and therefore safe.

Traumatized and phobic people are plagued by their memories, so even just using the word ‘memory’ can provoke anxiety. But we can encourage disassociation from a traumatic memory during Rewind by describing it as “that out of date video”. A memory is part of a person, but a video is outside of them. We can put it away and choose when or even if we play it.

The experience of watching an out of date video is very different from reliving a memory. Not only that, but watching something is also very distinct from feeling it, which implies being inside it. And as a final added bonus, the very concept of a video is now out of date!

Traumatic memories feel as if they are happening right now, even if the original trauma happened decades before. This is because the memory stays ‘stuck’ in the part of the brain that doesn’t contextualize events as past. Cognitively, of course the person knows the horror isn’t happening again each time it runs through their brain. But emotionally, it’s another story.

After a Rewind session, clients typically report that the memory that had previously haunted them now feels distant. They may describe the memory as feeling like a long time ago, or like it can’t affect them anymore.

We can encourage this sense of distance in time by emphasizing the past in what we talk about even as we apply Rewind. We can talk of “that old, out-of-date video way back then…” or “that long-ago you in that ancient old video way over there…”

But there’s another great advantage to keeping our language safe before and after Rewind.

By excluding trigger words and including words that widen the context beyond horror as we work on the Rewind technique, we create a good ‘test’ to check that the trauma or phobia is now gone.

At the end of the session, we can reintroduce direct references to ‘spiders’ or ‘the car crash’ into the conversation. At this point we should see clear indications that these words are no longer triggers, and instead have become completely neutral words for the client. For some triggers, I take it a step further. I might use the word ‘snake’ first, then ask the client to actually see one.

The power of the Rewind technique is such that it is likely to work even when the practitioner doesn’t specifically use these language tools – and many don’t. But I believe we owe it to phobics and trauma survivors to make their recovery as comfortable as possible, and protective language really helps with that.

It makes me feel ashamed and embarrassed of my profession when I hear the stories of people like James, who seek help and end up feeling worse.

After his Rewind treatment, James said, and I’ll never forget it:

“It feels like I can finally be me, like I’m no longer carrying that horrendous weight of terror and shame within me. I can connect with other people without this invisible wall of horror coming between us. I feel free, light, and happy.”

As expected, James can now think about and, if he chooses, talk about what happened to him. But he doesn’t need to. His nightmares have stopped, and the horror triggers that used to litter the landscape of his life no longer have any effect at all.

Learn the Rewind Technique with our online course. Click here to read more and sign up now.

If you’d like to learn more about rapid trauma treatment, Mark Tyrrell has written a short kindle eBook called PTSD: Horror in the Mind. You can get it here on Amazon.