How to Help Your Client Lose Weight 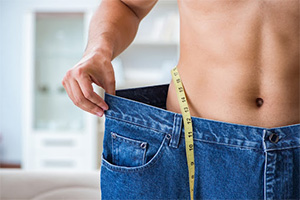 Healthy eating is a way of life, not an 'extreme sport' that has to give super-exciting returns all the time or you'll lose interest.

What’s more, she’d been up and down the dizzying highs and floundering lows of yo-yo dieting for years.

“I know yo-yo dieting isn’t good for me,” she said plaintively. “But I can’t seem to make it stick!”

First, we talked about motivation. Mandy told me that each time she’d try a new diet, she’d get all excited by its novelty for a few weeks. She’d lose some weight, and people would start noticing the slimmer her.

“I love the first six weeks of a new diet! I like the fact that it is new. And I like the positive feedback I get from people who know me.”

“Well, it sort of gets old. People get used to me being slimmer and stop noticing. I have a bad day at the office and I slide back into my old ways.”

“Old ways” for Mandy meant pizza, beer, sugar-suffused “treats”, and emotional eating whenever she was bored or down.

I suggested eating healthily generally was a way of life, not an ‘extreme sport’ that had to give super-exciting returns all the time or else she’d lose interest.

Healthy eating is a way of life, not an 'extreme sport' that has to give super-exciting returns all the time or you'll lose interest.Click To Tweet

Sure, initially there’s some sense of enjoyment of novelty and positive feedback, but pretty soon the desire for those rewards needs to be jettisoned so that the healthier behaviours can be sustained naturally and long term. I’m always suspicious when people tell me they’re ‘passionate’ about healthy eating, because they shouldn’t have to be!

We clean our teeth, I suggested, and shower and are polite to (most) people, as natural ways of being. We don’t (I hope!) require high levels of excitement or praise to continually behave in these ways.

We then addressed other ways she was thinking about dieting.

Like many dieters (and smokers, and drinkers, and…), Mandy felt that if she ‘slipped’ just once and had a treat, then the whole diet was over. Who could live sustainably under so much pressure?

I asked her Socratically whether, if she’d gotten 12 pounds slimmer, she’d regain that 12 pounds by eating one slice of cake. She laughed.

I wondered aloud: “I guess if someone walked up a hill and was almost at the summit, then paused or even stumbled back a few paces, that wouldn’t mean they’d have to go back all the way they’d come, right to the start.” She got the point.

I spoke about all-or-nothing thinking and suggested that eating healthily 90% of the time would be enough to sustain her new, healthier weight range. That occasional ‘slip-ups’ needn’t have us sliding all the way back down the hill again, because it’s overall healthy patterns that are important.

Slip-ups can be factored into the overall pattern of healthier living. In fact, they should be. All-or-nothing thinking in dieting is anathema to sustainable health (unless you have a strong food intolerance or allergy).

But it wasn’t just Mandy’s thoughts on eating that were the issue. It was her strong feelings around it, too.

Ditch the reasons for emotional eating

We addressed Mandy’s basic primal emotional needs and examined some of the ways she may have been unconsciously using eating to try to meet unfulfilled emotional needs. We explored how she might better meet those needs so she wouldn’t have to use food as an emotional substitute.

Just as you don’t need a torch when you have genuine sunlight, once Mandy began meeting her needs more sustainably, in ways that actually fulfilled them, her need for emotional eating began to shrink.

There’s one more broad factor that should always be taken into consideration when helping our clients with weight loss: It’s all too common for depression to play its dispiriting part in overweight.

Mandy had mild depression when she first came to see me. It wasn’t surprising – being overweight is associated with an increased likelihood of being depressed.1 Conversely, weight loss can reduce depression.2 So as we worked to help Mandy become sustainably slimmer, we could expect her to become not only less depressed but also less prone to depression in future.

We began to make progress. But aside from the larger patterns of our therapy together, I shared with her some tips based on what I’d learned from research. I encouraged her to factor those tips into her daily life in order to get slimmer without it seeming like some medieval exercise in martyrdom! (At the same time, though, we agreed that some effort was required.)

Mandy was extremely reluctant to ‘spend hours in the gym’ or jog for an hour around the park. Particularly since she didn’t consider herself fit enough to even be able to!

I described research showing that a n exercise program consisting of very brief stints of high-intensity exercise can triple weight loss in older people compared with sta ndard, self-directed diet and exercise regimes.3 While that particular study showed greater rates of weight loss for men than women, other studies have found that this is an effective strategy for fat loss in women of all ages.4,5

Of course, brief interval training needn’t mean doing six 20-second, all-out sprints up a hill with 30-second rests in between. At first, Mandy chose to walk up and down 50 steps three times, as fast as she could, three times a week. She was exhausted initially, but even then the whole sequence only took her ten minutes.

Short bursts of exercise produce a cascade of hormonal effects that aid fat loss in a way that longer, ‘steady state’ cardio-type jogging just can’t produce.6 It ain’t fun (although it can feel euphoric afterwards), but it offers an amazing return on your time.

As long as someone is reasonably healthy and does not have a heart condition, short bursts of high-intensity (for the particular individual) exercise is a great way to kickstart a hormonal inner environment in which fat loss, as opposed to muscle wastage, can occur.

And talking of short bursts…

I didn’t suggest Mandy do this next tip. I simply spoke of research showing that cold exposure can convert vitamin A in the body into a form that facilitates fat burning.7

This form of vitamin A, retinol, is involved in so-called ‘fat transformation’, whereby ‘bad’ white fat is converted to ‘good’ brown fat. White fat stores energy mostly in the stomach, thigh, and butt areas, and is not readily metabolized, whereas brown fat can more easily be converted into heat and energy, promoting weight loss.

The takeaway is that cold exposure can change the way our fat is stored so that it becomes easier to burn. It can help ‘release’ bad fat so that it can be used for energy.

Mandy began to switch to cold water for the last 30 seconds of her shower every morning. She found that this had the added benefit of helping her feel awake and enlivened. Whether it helped her convert stored fat for energy, we don’t know for sure – but it certainly has some scientific backing.

Next, we looked at the way Mandy spoke to herself.

Tip three: Talk about yourself, not to yourself

At the risk of asking our clients to sound as though they are clinically insane, it’s worth at least mentioning one particularly strange research finding: You can boost self-control simply by talking to yourself in a certain way.8

The study in question looked at 244 people, some of whom were dieting, and found that when they talked to themselves in the third person when deciding what to eat, they made healthier choices.

Lead researcher Celina Furman said, “Reflecting on one’s decisions using one’s own name might enhance one’s ability to follow through with their goals, which can often be undermined by strong situational lures (such as tempting foods).”

This, to me, seems a simple way of accessing our ‘observing self‘, which gives us a sense of distance from our impulses and the immediate situation.

Mandy started using this inner dialogue technique (even out loud when she was alone), and found that it did seem to distance her from any cravings, which over time got weaker.

The next tip seems so simple we might underestimate its power.

Research has found that drinking 2 cups of water before a meal helps us eat less during that meal and helps adults get slimmer (to say nothing of all the other health benefits!).9

All study participants commenced a reduced-calorie diet. Some were instructed to ‘preload’ each meal with 16 ounces of water half an hour before eating, while others were asked to simply imagine their stomach feeling fuller. After 12 weeks the water preloaders had lost, on average, almost 3 pounds more than those imagining a sense of fullness.

Mandy tried this to great effect. Her cravings reduced, she felt fuller sooner, and she also noticed she had smoother skin!

Next we have a mental technique that can yield truly startling results.

Tip five: Use the power of visualization

A recent study found that a certain kind of visualization technique helped people lose 2 inches from their waistlines without dieting or extra exercise.10

The researchers called their technique functional imagery training (FIT); you and I might call it motivational hypnosis. This technique guided the subjects to visualize the benefits of being slimmer – how they’ll look and what life will be like.

It’s worth saying again that neither group was instructed to exercise more or diet.

I have found that when you use this kind of hypnotic technique with clients wishing to lose weight, it serves as a kind of unconscious prompt for their minds and bodies to naturally behave in ways that help bring about the hypnotically ingrained benefits of becoming slimmer. When the unconscious mind has been primed strongly, the conscious mind and body find a way.

Mandy, over quite some time, gradually started to lose some of those extra pounds. When I last saw her, she had leveled out around 170 pounds – way down on the original 220 pounds. During hypnosis she had envisaged being 150 pounds, so she was well on her way. I’m guessing she is there by now.

But most importantly, she doesn’t feel she’s ‘on a diet’. Rather, this is her new and improved way of life.

“After all,” she told me, gleefully, “I’m not some kid who needs constant praise or excitement for doing what is best for me.”

If you’re a therapist who doesn’t know how to use hypnosis with your clients, you’re probably finding some cases harder to treat than you should. Hypnosis is a natural, useful tool that can make seemingly intractable problems much easier to deal with. Read more about training online in hypnosis with Mark Tyrrell here.