How to Help the Hating Client

3 tips to free minds from the slavery of hatred 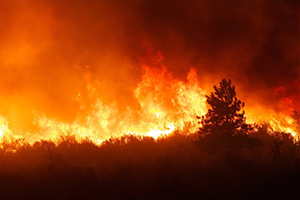 Once it takes hold, hatred tends to spread.

‘The most complete revenge is not to imitate the aggressor.’

She thrilled to his name, her heart pumped faster just knowing he was in the building. Acutely attuned to any mention of him she hungered for the least crumb of information about what he was doing. He was on her mind day and night. Her thoughts in the rare times they strayed from him were not long away.

She burned for him. Her hatred was pure.

The truth of the cliche, there’s a thin line between love and hate, hit me as I listened to Margery.

Hate of course isn’t simply not liking someone; it’s passionate, intense, all consuming.

Like obsessive love, hatred can make us feel alive. Its galvanizing intensity can lend us energy – its single focus can make life feel meaningful. It makes us feel intoxicatingly certain.

But it can ruin us.

As I sat with my client I felt that, yes, obsessive love and hate share much in common yet they are not opposites.

If indifference is the death of love then so too, disinterest, is the end of hate. We care about those we hate and we care what happens to them, we just hope it isn’t good.

If indifference is the death of love then so too, disinterest, is the end of hate. We care about those we hate and we care what happens to them, we just hope it isn't good.Click To Tweet

We pay far more attention to those we passionately love and hate.

Those who mean little to us we ignore, not as a tactic of spite but as a consequence of indifference.

So hate is powerful and like any force it can be channeled, and dissipate and blow itself out, or it can become chaotic and uncontrolled and lead to tragedy.

A tangled web of feeling

Hate can be complicated and may even cover unadmitted attraction or envy. Although, if you find someone hating you it’s probably best not to assume, or worse tell them, that it’s actually attraction they feel for you. Arrogance carries a lot of assumptions in its wake.

Hate can be a mesh of fear, anger, disgust and attraction. But I use the word attraction here specifically to mean we become attracted toward what we hate. Our thoughts turn toward it over and over.

“All my thoughts turn back to him,” Margery told me bitterly. She had ostensibly come for help with sleeping but I could see that hate was fuelling her nocturnal arousal just as it was destroying her peace of mind during the day.

We as a culture have turned the idea of hate into a bit of an abstraction. As Dr Iain McGilchrist suggests in his wonderful book 1 on the brain hemispheres, the left hemisphere’s way of approaching reality may now be dominant in the western world. The left hemisphere is prone to judgmentalism and anger, but also abstraction.

For example, take the idea of ‘hate speech’. If words incite violence it is certainly serious and may be motivated by actual hate but may also be little more than thoughtlessness, ignorance of current nomenclature, or misapplied joking. I’m talking here about the feeling of utter hatred specifically, not ‘hate speech’ or laws which may happen outside of the actual sentiment of hate.

Of course the intimate bedfellow of genuine hate is the urge to destroy, the desire for revenge.

Revenge: A dish served not at all?

Self hatred doesn’t seem to cause violence to other people – or at least there is little evidence that self disgust prompts us to treat others badly.2 But hatred toward others can have deadly consequences.

Mergery said she fantasized often about stabbing the tyres on her ex-lover’s car. A couple of times she’d even planned to do it but then backed out. I noted the ‘stabbing’ word with some alarm. Her lips curled as she spoke of her ex as “a snake”, “a cockroach” and less printable terms.

I prematurely hit her with some research which possibly shows that revenge when enacted makes us feel worse in the long run.3

But she didn’t hear me. She was too busy hating. And hate, as she was starting to find, has a way of spreading.

Since Margery’s fiancee had left her for another woman she told me she had actually started to hate all men. “Oh not you!” she added hastily.

But certainly we see this over generalization of emotional response happening with anger and hate as much as with fear.

I said: “Yes certainly it can be tempting to throw away all the good, healthy and tasty apples with the one or few bad ones…”

She paused and I suspected my remark had hit home.

Ultimately being full of hate spoils the life of the hater.

Letting go and moving on

Moving on was made harder for Margery because sometimes her ex would come into the bank in which she worked.

“I feel like following him down the street and smashing him,” she told me passionately.

I asked her a surprising question.

“What do you think of that hate?”

She flustered a little. “Well he deserves it. He cheated on me. Stole my money, continually lied to me!”

“Yes! I suppose you’re going to try to make me forgive him!”

“Does it make you feel good to hate him so much?”

She stared at me like I was an idiot.

A slave to ourselves

“What do you mean?” She asked and I feared her hate might now spill onto me.

“Let me put it another way.” I suggested. “What do you think of slavery?”

“Yet you are willing to be enslaved to that hate. Let it lose you sleep, tell you how to act, what to feel, to direct your thinking, raise your blood pressure, sour your humour, embitter you? To reflect upon this man as much as you would if you were in love with him, as though he deserves all that emotional attention… that amplification?”

“Well,” I cut in, “do you have the capacity to just switch hate off and on again? Or does it just take you over and feel as though you have no choice but to hate?”

The beginnings of a shift

“Because if that is the case then you are enslaved by that hate. It affects you more than it does him. Of course,” I added in the interests of perspective, “we can all be enslaved by our passions sometimes, including me, but ultimately we don’t ever have freedom when we’re enslaved to our own feelings…”

She had heard something that I thought would help her shift from being in and therefore full of hate to being somewhat outside of it and therefore potentially free of its worst ravishings.

But I wanted to get back to the thorny, in Margery’s mind, of forgiveness.

Forgetting doesn’t have to mean forgiving

Some things are unforgivable. Anyone even casually acquainted with the history of atrocity  will understand that. But, to use another cliche, the best revenge is living well.

I suggested to Margery, as suspicious as she was of woolly therapy, talk of forgiveness, that indeed she didn’t have to forgive anything, but she could forget, at least for most of the time.

“Is it,” I suggested socratically, “possible for someone to be really, really sad about something when they think about it but not think about it much any more?”

“And is your grief less intense now when you do think about her than when she first died?”

“So feasibly you could still feel a bit angry at your ex when you reflect on it but only reflect on it occasionally…” I suggested. After all, he did do you wrong so it would be silly to ever feel totally happy with it.”

This to her seemed much more palatable and practical than the rather abstract concept of just forgiving him.

We had the clear goal of helping her sleep better but we also had devised, indirectly, the goal of her taking more charge of her feelings, of thinking of him less, of living well as the best revenge.

So what are some takeaway tips when helping the hate filled and embittered client?

Tip One: Don’t tell them they are wrong to hate

We can ask them questions about it. Discuss how much autonomy they’d like to have from it. Maybe suggest that it can dissipate and become less all consuming.

Tip Two: Remove the hate from their core identity and rehearse indifference

Someone once rather grandly said that we should hate the action, not the person. Easier said than done I say. But we can help our clients feel that hate isn’t who they are but a part of their experience that they can begin to ‘own’. Hate needs to be not the master but the slave, or even distant acquaintance. We can do this by using therapeutic personification (“How does that hate try to make you do things that later you know was a bad idea?” And so forth).

We can also do this hypnotically. As Margery relaxed deeply in trance, an intervention made all the easier by her exhaustion through sleep loss, I suggested she see herself from the outside being indifferent when her ex came into the bank, even forgetting he was there. In this way we began to rehearse the feelings of indifference which would replace the boiling cauldron of whipped up hate.

I taught her to think about him whilst feeling mindful and calm. I also helped her envisage him getting smaller and disappearing over the horizon as her future life got bigger. Hate had amplified this man enough in her life.

When our own lives are full, productive and satisfying we have less house room for hate. Over the few weeks of therapy Margery and I looked at her life and how she could begin to more satisfyingly meet her innate primal emotional needs.

She began, as she put it, to have less space for him in her mind. She said he seemed smaller, like simply another customer when he visited the bank. She was sleeping right the way through the night, forgetting to think about him.

I suggested that all our passions, desires and hates one day get washed away in the currents of time. During one extremely deep and meditative trance session I suggested there was a time and place in the future in which all those strong feelings had disappeared into an infinite calm. I suggested that this feeling would come to her often.

I helped her hypnotically feel the reality, not just think about the concept, of moving on.

Hate can be understandable and justified but, when it sticks around its consequences can be deadly, destructive, degrading and deranging not just for the victims of it but for the harbourer of this most destructive of feelings who is, of course, also its victim.

How to Deliver Reframes That Get Accepted

Every practitioner knows that delivering a reframe is one thing; having your client take it on board is another thing entirely. The art of a successful reframe is in the set up, the content and the delivery and all of these elements are covered in depth in Mark’s online course, Conversational Reframing.