How to Help Smokers Escape Their Doomed Romance with Cigarettes

When is love not 'love' at all, but something else entirely? 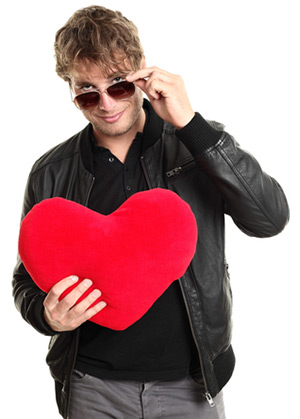 Smokers look at me strangely when I liken their smoking addiction to a doomed romance with a charming abuser. But it gets them thinking … and often gets them living longer than they would have.

If you see a smoker as just someone with a ‘bad habit’ you’ll find them tough to help. We need to understand that smokers are in a relationship.

Not a very good one of course – in fact, it’s one akin to the well-known psychological state of Stockholm syndrome.

In love with kidnappers

Back in 1973 in Stockholm in Sweden, a bank was held siege and some of the employees were kidnapped. They were in danger and they knew it. Amazingly, at the end of the captivity several of the kidnap victims resisted attempts to rescue them and later refused to testify against their former captors.

They had somehow come to identify and sympathize with the source of the threat to their personal safety (cigarette anyone?)

This identification, attraction, even love for what threatens you came to be called ‘Stockholm Syndrome.’

There have been other famous cases of the seemingly bizarre Stockholm Syndrome such as the Patty Hearst case in which the heiress was kidnapped by the self styled Symbionese Liberation Army.

Kidnapped, sexually abused and locked in a tiny cupboard she came to identify with her terrorist kidnappers to the extent that she quickly joined their terrorist organization.

So what is going on here? Why does Stockholm Syndrome happen and how does it relate to you, me and everybody and most obviously to smokers?

We can come to ‘love’ and cherish the very person (or thing) that exploits, abuses or threatens us. This can happen in an abusive relationship, for example. Or when the now grown-up child of abusive parents defends those parents’ actions – even crimes – against them, claiming there were justifiable reasons for the abuse. Loyalty or love isn’t always rational. Intensity, any intensity, is highly focussing. The problem is we don’t always know what to attribute the intensity to.

Knowing all this is key to finding a way to help smokers quit.

1. Talk about the high focus and emotional attachment connection

We become conditioned or ‘brainwashed’ through emotional intensity. We come to feel that intensity itself is ‘important’ and even ‘profound’ when, in fact, it is just… intensity. If someone makes us feel strongly emotional in some way or we become connected to them during a time of strong emotion, then that strong emotion may ‘glue’ an emotional connection in place between you and them. It really can be as simple as that. Men and women find one another more attractive, for example, if they meet on top of a high rope bridge because they misattribute the increased heart rate (through being up high) as the intensity of attraction (1). If you are kidnapped you have a pretty intense focus on your kidnapper, this can tip over, it seems, from fear to attraction.

People may smoke during intense times and therefore the smoking comes to feel highly significant to them – something that’s there for them in the good times and bad.

You might see a good friend who seems so attached to a complete … well let’s use the word ‘pig’ here shall we? And you wonder why your friend doesn’t see sense and leave their horrible partner. It could be the intensity factor or it might be the illusion of sole provision.

2. Talk about the sole provider: ‘Without me you’re nothing!

The first step towards making someone really dependent on you is to somehow become (or appear to be)  the sole provider of their needs. If you control their need for a sense of safety, attention and so on, and they can, or perceive they can, only get these vital needs from you, then you force an inevitable sense of intimacy and dependency with them. We see the same thing when a love-struck person declares: ‘But how can I live without them?’

It may be that Stockholm Syndrome is little more than a regression back to the total dependency role we have as very young children when we rely on parents for everything. Some smokers come to feel their smoking is like a friend… albeit it one that steals money, looks and life.

Smokers, even if they feel they ‘hate’ smoking, come to feel they can’t live without it.

Somehow it may have convinced them that it, and only it, can provide what they need, and that they can’t live without it. It’s got them thinking that cigarettes provides them with relaxation, concentration, something to do with their hands, that it calms, comforts and supports them, helps them overcome boredom and bond with others.

And the common idea that smoking is highly ‘physically addictive’ and the social reinforcement that smoking must be hard to break up with is also widely promoted, reinforcing the hopeless ‘hostage’ situation.

3. Talk about why familiarity feels so good

Familiarity keeps people emotionally hooked on something or someone, despite them sometimes being all too aware that what they are in a relationship with is abusing them. We need to untangle the associations cleverly but quickly.

The familiar, what becomes familiar starts to just ‘feel right’ – however pathological it seems to others. I knew a psychiatric patient who had cut her arms so much (and through the multiple skin grafts) that it felt to her normal and comforting-rather than an act of desperation as others might assume. She would sit at home, when she wasn’t an inpatient, watching TV, drinking tea and cutting.

4. Talk about how smoking will try to win them back

I never talk to smokers about ‘withdrawal symptoms’ but rather ‘indications they are healing.’ I also frame any urges to smoke once they’ve broken free as ‘ the ex abuser trying to charm and con you back again….be ready for it!’

This externalizes the pattern of the behaviour and is a highly effective strategy. One billion people will be killed this century by cigarettes, willing martyrs to the profit making of the tobacco industry.

Stockholm syndrome, the worst kind of relationship doesn’t just happen in human relationships but also behavioural ones. Warning the love struck teenage girl about the ‘bad guy’ may make him more attractive and scare tactics will often have smokers more intensely engaged in their self harming habit.

But knowing how to present ideas to smokers, hypnotically and otherwise that are unfamiliar in the smoking context but understandable in the field of human relationships is a wonderfully powerful way to help them out of the particular dependency they had become trapped within.

To learn how I treat smokers, see our ‘How to Stop Anyone Smoking’ course.