How to Deal With Client Secondary Gains 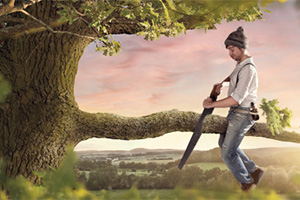 Recently on our monthly live Q and A call for those attending our online courses, we had an interesting question about client secondary gains. You can listen to my recorded answer below, or read the transcript.

But first, let’s look at the idea of the secondary gain; that is, a hidden, perhaps unconscious benefit to developing and/or holding onto a problem that has been around for a while. In fact, it’s an idea as old as Shakespeare, who wrote in King John:

“Oftentimes excusing of a fault

Doth make the fault the worse by the excuse.”

The illness or condition, then, becomes the “excuse”. The excuse not to make an effort, pursue dreams, apply for a scary new job, or even just attend that boring party. It may be easier not to try, by dint of an excuse, than to risk legitimately failing. But the idea of secondary gain isn’t just about making excuses.

We need to be careful around the idea of secondary gains

It can be hard to prove that someone is experiencing secondary gains and, as I say in my answer below, I believe that most people don’t get secondary gains from their condition. It’s a trap to think that, just because someone proves difficult to treat, they don’t want to be rid of their problem or are getting something out of it. But they might be. So we need to be open minded.

Secondary gain can be a slippery fish to deal with. If we suspect it, we need to think: exactly what are the possible advantages to holding onto a problem?

I see secondary gain as distinct from malingering – feigning illness to get a day off work (not such an incentive when you work for yourself!).

Secondary gain, when it works unconsciously, has us actually experiencing symptoms. But finding there are certain advantages to having the problem interferes with – or totally blocks – motivation to get well. The client may believe, on one level, that they want to get better, but then seem to put up roadblocks. This might be a manifestation of cognitive dissonance.

It is often felt that in some way it is the patient’s choice to remain sick. But I think it’s often not a conscious choice. And, to re-emphasize, sometimes it may appear as though there are advantages for the sufferer when in fact they would genuinely do anything to be free of the problem. So we need to tread carefully and not make assumptions.

But if it really does seem as if the client is afraid of getting better, then it’s worth at least thinking about how we might deal with any perceived benefits of holding on to what hurts.

What follows is my answer to one of our Uncommon Practitioners about secondary gain in her clients.

Read the transcript below or take a listen at the end of this article.

My background is in psychiatric nursing and over the years I came to recognize and accept that some people are very hard to help to any significant degree. Their difficulties can be complex and often compounded by personality issues.

As a therapist, my stumbling block comes when I encounter a client whose problem has some evident secondary gain, which does not appear to be related to an attempt to fulfil an unmet need, but rather which has developed into a divisive and manipulatory mechanism that serves to exempt people from doing things they simply do not wish to do.

I question whether there is some inner conflict going on, as they come initially for help but then signs of resistance appear when they learn they can actually be helped. This may of course be a form of attention seeking, although I appreciate that particularly for those that have built their lives around a problem, it could be daunting to change.

I have thought about using Parts Therapy, but I am curious to know what approach you might take with such people.

I agree some people certainly are harder to help than others. What do you do with someone who seems to want to be rescued from a subway railway track but then wriggles away and makes themselves comfortable every time you try and assist them out of harm’s way?

I think it’s important that we don’t assume that if therapy doesn’t seem to be working it’s because the client is receiving some, perhaps unconscious, benefit from staying stuck. I think the majority of clients genuinely do want rid of their emotional problems, but on occasion we might seem to spot a pattern of self-sabotage and it can seem as though the client is thwarting attempts to help them.

You said in your question Kris, and I wrote this down so I’m quoting back to you: What do we do when the client “problem has some evident secondary gain, which does not appear to be related to an attempt to fulfil an unmet need, but rather which has developed into a divisive and manipulatory mechanism that serves to exempt people from doing things they simply do not wish to do”?

All emotionally driven behaviour, whether toward some action or away from it, has to do with the drive toward the completion of some primal emotional need.

Now, the need may have morphed into a greed. So for example, someone may get adequate levels of attention in their life but have found it easier to elicit attention from others not through developing their own capacity to give attention to others, and thereby receive it in return, but by acting out some histrionic behaviour.

This can certainly be an unconsciously driven pattern, so we don’t have to judge people for it. They have learned cheats or shortcuts to get some of their emotional needs met, although those shortcuts cause them greater problems in the end, not to mention more problems for people around them.

Some people are contrary. So you summarize what they just said assuming you will now be in agreement with one another and they turn around and disagree. This is a pattern you can discern in some people. It’s not simple disagreement, it’s automatic and uncontrolled disagreement with whatever you say.

For example, I was chatting to a woman socially recently and she was talking about a situation and described it as “depressing”. A few moments later I said, “That must be depressing for you!” And she shook her head and said, “I wouldn’t say it’s depressing [even though that’s exactly what she just did say!], rather it’s dispiriting!”

I wanted to see whether this was an automatic-need-to-oppose syndrome, so a few moments later I ventured, “Well that must be dispiriting for you!” and she again shook her said and said, “No, it’s more depressing than dispiriting!” So whatever I, or perhaps anyone, said was automatically countered. Every conversation was a tussle.

I later heard from a third party that she had a really argumentative relationship with her husband, so she may have been conditioned to only relate to others, or perhaps just other men, in a conflictual way. I have had clients like that too.

Generally we encourage resistance in our clients if they are showing resistance. In that way, to resist us they need to go in the opposite direction – like Milton Erickson as a farm boy who, on seeing his father trying to push a large cow into a barn and the cow not moving, went and tugged the cow’s tail. The cow, in order to resist Milton’s pulling, then went in the opposite direction, which was where it needed to go all along.

Anyway, these ways of dealing with resistant clients probably aren’t new to you, and I’ve written a lot about that.

Some people have kind of built their lives around having a problem, and that may be encouraged by other people. They may have been labelled, joined support groups, and found that their needs for attention, status, group identity and other human needs are met through the problem.

Rather than directly suggesting to a client that they themselves may be doing this, I might talk about how other people sometimes do this. So in that way, by presenting this pattern to them, you are giving them a chance to see themselves and see the pattern at work within them.

I might externalize the problem, as we do with smokers and many other kinds of problem. I might talk in terms of the way the problem lies to people and makes them believe it can help them when really it steals all kinds of things from them. In this way you can begin to loosen their protection of the problem if that is what they are doing.

I might suggest that they keep some of the problem, just enough to serve some kind of a need but not enough to disrupt their life, and what would that be like? That is a very strange way of thinking but it can help take the pressure off.

And you can listen to the audio from this Q&A excerpt here:

Carol started binge shopping 18 months to two years ago. She buys in bulk online items such as nail polish and stationery.

Carol used to binge drink but managed to put a stop to that. Now since starting a stressful job she realises in the session that she has been binge spending online £500 to £1,000 a month on stuff she doesn’t need.

She feels she compulsively buys online as a way of filling a hole in her life. She says she doesn’t feel connected to other people or nature.

Mark elicits the steps of the buying experience and has Carol access those steps. He then does a little conversational scrambling so that the pattern no longer runs easily or even enjoyably.

Mark uses plenty of reframing, metaphor and hypnotic rehearsal as well as removing Carol’s core identity from the problem behaviour.

By the end of the session Carol has turned a corner. Members of Uncommon Practitioners TV can view the session online, and if you’d like to join, you can sign up here to be notified when UPTV is open for booking.