How to Deal With Crazy Hypnosis Requests

4 tips for dealing with unrealistic demands 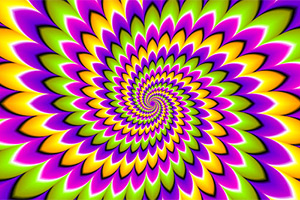 Couple ignorance about hypnosis with a desire for magical control over others and we have a recipe for crazy demands.

“Patients are patients because they are out of rapport with their own unconscious.”

Patients are patients because they are out of rapport with their own unconscious. - Milton EricksonClick To Tweet

“Mark, I want you to use hypnosis to make my wife orgasm!”

Occasionally I’ve had prospective clients who seem to think that, just because they are willing to pay, you should be willing to go along with any harebrained scheme they suggest. The kind of people who treat a therapist like some kind of Uber driver of the psyche who has to go wherever they demand for a bit of cash.

Hypnosis for orgasms on demand

One guy dragged along his timid wife demanding I hypnotically supply her with an orgasm triggered by a particular word. He would watch as I gave her said orgasm while implanting his “trigger word”… after which he would “take over” and she would then experience her climax only when he said the word, whether in private or in public!

Another man wanted me to hypnotize his wife into admitting the “truth” that she was having an affair. He had fitted CCTV cameras all over their home but still felt there was something she wasn’t telling him!

Yet another would-be client wanted me to hypnotize him to discover why he hadn’t been particularly interested in sports at school. He presumed, I presume, that I’d  uncover some incredible secret to this fascinating mystery rather than, say, just that he didn’t like sports because… some people don’t like sports.

Oh, it gets stranger!

Hypnosis to win the lottery

Years ago a woman insisted I hypnotize her so she could see the future and therefore know the coming week’s lottery numbers for the big jackpot draw. Presumably it hadn’t occurred to her that if I was capable of such a feat I might be on a yacht somewhere.

One woman wanted me to hypnotize her ex-boyfriend “from a distance” without his knowledge and somehow convince him to get back with her.

I’m hoping it won’t come as a huge shock to learn I said no to all these! But why, occasionally, do people come along with such outrageous requests?

People have all kinds of misperceptions about hypnosis. Couple ignorance about hypnosis with a desire for magical control over others and we have a recipe for crazy demands.

Entering into something with all kinds of assumptions is one thing, but lacking the capacity to examine those assumptions, or even doubt them, is another.

Notice that all the requests above were about controlling either events or other people. And none of these people considered their requests unethical in any way.

When I suggested to the woman who desired I secretly hypnotize her ex through the ether that, even if my training had covered covert hypnosis-at-a-distance, it might not be ethical to use such a method to make him return to her, she was horrified. She said, bafflingly, “He would still have free will, it’s just that you would be directing it!”

Wanting to feel some sense of control in life is a natural, even vital, human need. But when need transforms into greed, we are under no obligation to help our clients achieve their desired power over others.

So how can we deal with these kinds of demands?

Tip one: Find out what they (think they) want before you see them

Some of the aforementioned people had hidden what they wanted from me before they came along (or dragged someone else along) to see me. If asking, “What would you like me to help you with?” is met with “Oh, I’ll explain when I see you!”, this may be a red flag.

As far as possible, discover what your client wants and expects from hypnotic therapy ahead of time. This doesn’t always help, though!

Sometimes people have told me one thing on the phone (“my wife and I want help with relationship difficulties”) then asked for quite another in person (“I want you to help me give my wife orgasms whenever I want through my chosen trigger word!”). (In this particular case the wife had, incidentally, seemed as surprised as I was at her husband’s request!)

It’s certainly useful to try to get a sense of what someone wants from you before you agree to see them. But even if the screening process fails and they do end up gracing you with their presence for an appointment, you have options.

Tip two: Remember, you can say no

It’s tempting if you’re a newbie hypnotherapist to accept anyone who’s willing and able to cross your palm with silver. After all, you’re building your practice, you need an income, and, heck, you also want experience.

But some experiences are best left un…experienced. Or experienced by others, so that you can learn from their experience!

A simple “I’m sorry, I don’t feel comfortable doing what you suggest” or even “that’s not what I do” or “that’s not possible using hypnosis” should be enough. You may have a disappointed person to deal with afterwards, but you should never feel coerced and nobody owns you just because they offer you money.

Now I’m not even suggesting that these requests are necessarily impossible. We don’t know the extent of what is possible with hypnosis. But to claim that we can reliably use hypnosis in these ways doesn’t help anyone.

And even if we could use hypnosis in coercive ways, would it be right?

Tip three: Educate them a little

You may want to consider telling clients with unreasonable requests why you can’t help them (which may be all the therapy they are willing to receive right now!).

If someone makes an unreasonable request, a good way to respond is to tell them that you are the kind of therapist who only uses research-based approaches and that although there is a huge amount of research detailing the efficacy of hypnotic treatment for all kinds of conditions, both psychological and somatic,3 there is no evidence you are aware of that hypnosis is effective for what they are asking – whether that’s making someone tell the truth, working at a distance without someone knowing they are being hypnotized, or whatever the case may be.

So, for example, if someone asks you to ‘uncover’ a memory that they’ve never had access to, you might suggest that hypnosis isn’t a truth serum and memory doesn’t work like that. Memory is not like a tape recording within which hitherto ‘repressed’ memories can be ‘discovered’ under hypnosis. That idea was debunked long ago.

Not only is attempting this kind of hypnosis ineffective, it’s potentially dangerous. There are reams of research into the dangers of creating false memories.1 Researcher Elizabeth Loftus, among others, found that not only is human memory often surprisingly unreliable, it is prone to errors and susceptible to suggestion.2

You can also explain, where appropriate, that even if what they ask were possible, you don’t feel it would be ethical.

You are under no further obligation after telling them why their demand may be unrealistic and/or unethical. But it might still be possible to help them…

Tip four: Suggest that they may need something else

People sometimes get so swept up in the crashing tide of their own assumptions as to what they want that they miss what it is they actually need.

Of course, none of this is as enticing as an easy path to power. But it is best practice, and if we owe our clients anything, it’s that. The true solutions to our problems in life aren’t always as exciting, nor greed-provoking, as the quick fixes our imaginations might conjure. Water might not be as exciting as a pineapple and coconut mojito, but when you’re dying of thirst in a desert it might be what you really need.

The vast majority of clients are realistic and able to be helped, often beyond their expectations. The kinds of unrealistic demands we’ve talked about here are, in my experience, extremely rare. But they do happen.

Giving someone a wake-up call as to what may or may not be possible in any given idea isn’t negative or a way of denying people their ‘dreams’. It’s the opposite: People can only get what they need or want when they turn away from magical thinking and towards a practical focus. “Follow your dreams” might seem like wise advice… but what if those dreams crush others?

Trying to find sunlight in caves or down wells may be exciting for some. But you don’t have to help them pursue such delusions. If you really want to help them, you must turn them around towards the light of greater understanding.

Learn to Use Hypnosis Conversationally With Your Clients

Even if you’re not a ‘hypnotherapist’ as such, the language skills you will learn on Mark’s online course Uncommon Hypnotherapy will help you calm clients conversationally and guide them towards solutions. The understanding the conscious/unconscious split and how to use it that comes with a deep knowledge of hypnosis is profoundly useful in all types of therapy. Read more about what you’ll discover on the course here.