Hidden Secrets from the Past

Are we 'moderns' really as clever as we think we are? 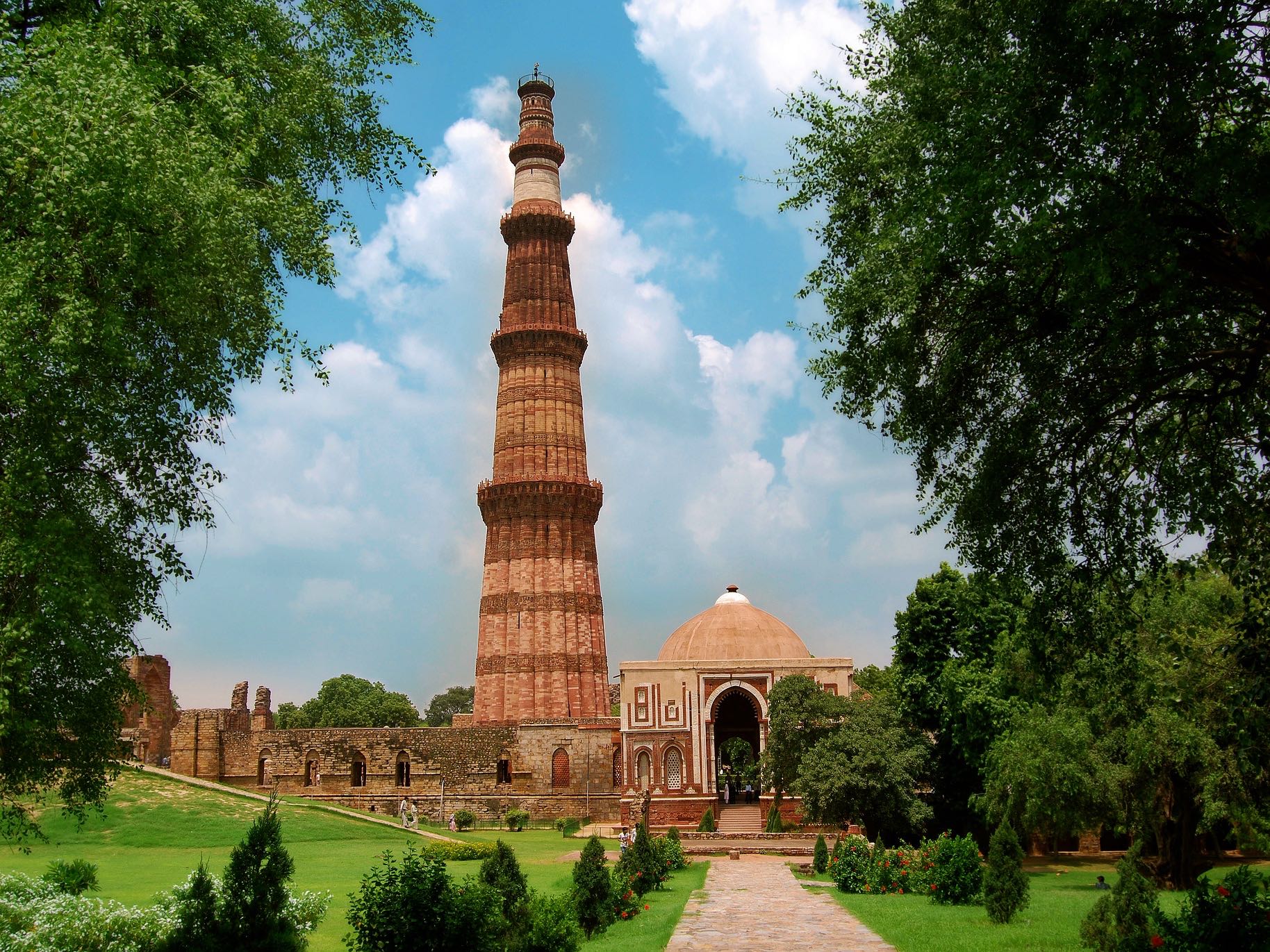 The beautiful religious buildings of the Qutub Minar, Delhi.

“The distinction between the past, present, and future is only a stubbornly persistent illusion.”

It was a day of parched throats and buzzing mosquitoes. I was in New Delhi, India, trying hard to feel like an intrepid explorer rather than just another tourist in the ancient complex of structures known as the Qutub Complex. We travellers were admiring the world’s tallest brick minaret, the Qutub Minar tower, soaring as it was into a monsoon-heavy sky.

Our guide was pointing out how the arches of the surrounding structures had not been able to support any weight but had been merely decorative. When I asked why, what he said surprised me:

“Because the knowledge of how to use a keystone had been forgotten. Two hundred years before these arches were built, they knew how to build weight-bearing arches, but that knowledge was… mislaid at the time this place was built.”

This got me thinking about how we view the past.

Progress in fits and starts

We assume that knowledge progresses in straight lines, that we know more now than 10, 20, 30, or 3,000 years ago. But the history of knowledge tells us otherwise.

Assuming we must be more ‘advanced’, in all ways, than those who went before is a mistake. For example, British physician William Harvey is widely credited with discovering how blood circulated through the body – but actually, this knowledge had been discovered before and lost.

Blood circulation had been described 25 years before Harvey’s birth, in the early 16th century, by Spaniard Michael Servetus. But in turn, Servetus had drawn his ideas from Arab physician Ibn al-Nafis, who lived 350 years before Servetus! The knowledge of blood circulation had been found, lost, and found again. And who knows, perhaps this knowledge predates even that distant Arabian time.

Giordano Bruno was another man whose groundbreaking work failed to stand the test of time. Burned to death by the Church for heresy in 1600, a martyr to individual thought, Bruno discussed the idea that the stars were in fact just like our Sun, with orbiting planets of their own, hundreds of years before powerful telescopes could confirm this.1

Bruno was also one of the first to advocate the modern scientific method of observation. He talked about evolution and magnetism, and the infinite nature of the universe. Yet he in turn credited ancient Egyptian ideas written thousands of years before in the Hermetica as inspiration for his scientific ideas (as did Copernicus and Sir Isaac Newton).2

There are instances of the theory of evolution, the structure of the atom, and the theory of the Big Bang and nuclear power all being described hundreds of years before Western science came to grips with these ideas.3

In the field of psychology, classical psychological conditioning and an understanding of psychological indoctrination (‘brainwashing’) was described (as preventative of genuine spiritual development) by al-Ghazzālī 800 hundred years before Ivan Pavlov! For eight centuries, it was as if this knowledge had just never existed. And over here in the West, brainwashing was only recognized as recently as the 1950s, after the Korean War.4

There are truly are countless examples of knowledge being lost or suppressed over time.5

The danger of prejudging the past

We assume that the past is a uniformly primitive, unenlightened, dim and dusty land with nothing to offer. But rather than rejecting the past as some pre-enlightenment grimy ocean of ignorance (as modern myth would have it), many great scientists, from Kepler to Galileo, used it as a repository of knowledge and seminal ideas that seeded their own science. Maybe it’s the height of ignorance to assume that ‘modern’ is all there is and everything before was folly.

Many great scientists used the past as a repository of knowledge and seminal ideas that seeded their own science. Maybe it's the height of ignorance to assume that 'modern' is all there is and everything before was folly.Click To Tweet

So we have, it seems, lost much knowledge over the course of time. But might we also have lost, at least in part, the way to knowledge?

Were there different ways of knowing back then?

Is a direct kind of access to knowledge possible? A powerful intuition? Have you ever just known something without knowing why, or arrived at knowledge through unusual means?

And have we yet to discover psychological knowledge lost to us through the ages?

History shows that our understandings have been shaped across many different times, places, and cultures. The Egyptian Empire lasted upwards of 3,000 years, and they may have gotten much of their expertise from the Kushites. These Egyptian understandings and ideas were refined and progressed by the Greeks, then preserved and developed further by the Islamic empire while Europe experienced the ‘Dark Ages’.

Knowledge brought back from the East by Western Crusaders may have paved the way for the Renaissance and, later, the Scientific Revolution and ‘The Enlightenment’ that followed.

Of course, this is an oversimplified description of events, but it roughly matches what happened.

So given that the modern science of psychology is in its infancy, and there is much still to be learned, I can’t help but wonder: Were some powerful aspects of psychological knowledge and understanding lost in all of this? Could it be that we are only now reclaiming parts of this knowledge? Or that some knowledge remains buried, yet to be rediscovered?

A question occurs to me: How, without the powerful scientific instruments we have access to now, could profound understandings of the workings of the universe be understood? The answer may be that a different kind of knowing has been used in the past, one we have lost touch with in the present.

Writer Colin Wilson uses the term ‘bird’s eye view knowledge’ (as opposed to the more usual ‘ground view knowledge’) to describe the kind of knowing that an autistic savant might use to instantly ‘see’ how many hundreds of coins have been spilled without actually counting them.

Poet, novelist, playwright, natural philosopher, diplomat, and civil servant Johann Wolfgang von Goethe was a great advocate of the scientific method, yet he spoke of the differences in quality of perception between studying something dispassionately as a ‘scientist’ and actually, in some mysterious way, partaking of and connecting with what you are studying, seeking to understand it ‘from the inside’.6

If this all sounds a bit kooky to our sensible, modern ears, it might be because it is. Or maybe, just maybe, it’s because it’s so unfamiliar to our current perspectives that it just seems impossible. It may or may not be true to say we have lost some psychological mechanism for intuiting information from the world.

The capacity to examine an idea without either accepting or rejecting it is the mark of a civilized mind. Now, someone in the past said something like that, but I can’t for the life of me remember who it was!

Maybe we have a lot of work to do to catch up with (some aspects of) the past.

Mark trains practitioners in the use of solution-focused, brief psychotherapeutic techniques via our online platform Unk U. Read more about his courses here.