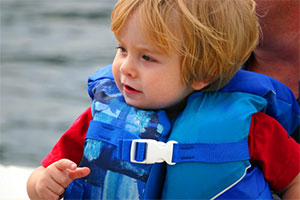 Sometimes when you talk about quitting smoking to a smoker, you see a look of terror (or defiance!) flit across their features – even if they have explicitly asked for help in quitting.

From abusive partners to prison captors people (can) come to love what threatens their lives. But we all like to do things on our own terms.

I had to laugh the other day at a little boy I saw at the Marina. His mum was trying to persuade the little lad, clad in a life jacket he didn’t need, to lend it to another little fellow, who did need it.

But he didn’t want to lend it, and she gave up. But a moment after she turned away, didn’t the wee lad announce to his mate, “It’s too hot to wear this jacket. You can have it!”

This little boy had just given a lovely demonstration of a principle we have to understand when we help people quit smoking.

I’ll quit smoking – but only on my own terms!

Coming up with his own reason to give up the life jacket, rather than simply ‘doing what he was told’, instantly gave the little boy a sense of autonomy – something that’s vital to all of us. Each one of us wants to feel the independence of our decisions.

Similarly, you can’t just tell someone to stop smoking. After all, smoking is built upon rebellion: the smoker rebels against the ‘crap day’, the missed opportunity, the graphically illustrated rotting lung scare story, the tetchy boss, the argumental spouse and the attempts of a well-meaning do-gooder (even if they’re paying you) to get them to quit. And how do they rebel? By… having a cigarette.

To help save someone from their own misdirected rebellion we need to allow even encourage the rebellion so it can be used to free them.

3 questions that will enlist your smoker’s personal autonomy

Smokers know all the reasons why they ‘should’ quit, of course. And if they’ve showed up in your consulting room, at least some of these reasons are likely to have influenced them. But it is still vital that they find a personal reason to stop smoking that carries weight with them, that goes beyond just ‘being a good boy’ (or girl).

To get past the ‘common sense health advice’, I often put questions like this:

And here’s an extra one for you:

This last one begins to separate the self harm from their core identity. In order to detach from anything we need to really see it as separate from who we are. We can also begins to help them stop protecting the smoking (through misdirect, even unconscious ‘rebellion) and start to rebel against it.

With your smoking clients, separate the self harm from their core identity #tipsfortherapistsClick To Tweet

And I always encourage them to answer in as much vivid detail as possible. The richer the sensory experience they evoke for themselves, the more powerfully compelling it gets.

I went to a hypnotherapist and stopped smoking all by myself

The little boy was able to lend his life jacket when he could feel it was his choice and his idea to do so.

Doing something because we are told to or worse because we know we ‘should’ will never carry the same compulsion for people if their behaviour has been based on any level of rebellion.

When we help people stop smoking, we effectively throw them a life jacket – but it needs to feel right and natural for them to put it on.

Read about ‘How To Stop Anyone Smoking’, my online homestudy course »

6 Things to Say to Motivate Smokers to Quit