A good therapist can show a client how to set boundaries 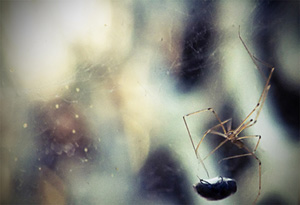 Dealing with toxic people is difficult, and a good therapist needs to show their clients how

“I’m convinced she has narcissistic personality disorder. When I was growing up, she used to tell me over and over that I was too ugly, stupid and fat to ever amount to anything. And then she’d tell me that if I really loved her I would always do what she asked. It’s like she was terrified I’d get too full of myself or something. Fat chance, with her around!”

Mary sighed and sat back in her chair, dejected.

Toxic people are scattered across our path in life – the difficult co-worker claiming credit for your work, the sociopathic partner sapping your self esteem, the narcissistic friend charming you out of whatever they want from you without ever returning the favour.

Most people, of course, are not like this – but it’s as well to be aware that some people are!

Toxic people wear us down with their vampiric demands. They need to be managed.

But what happens when the toxic person in your life is your own mother?

Mary told me in detail of the heartache, the let downs, the humiliation, fear and misery of being daughter to her mother. It had always been hard, and it still was.

“I feel guilty talking about her like this, but she’s driving me nuts! As she’s getting older she’s becoming even more demanding. I’ve got so much resentment building up inside me it makes me feel sick.”

So what exactly was going on with Mary and her mother?

Feeding the mouth that bites you

“I’ve always felt like I’ve had to apologise to my mum just for being alive. I’m almost 50 now but she can still make me cry.”

Mary spoke of how her mother had always ruled the roost and how Mary’s father had been terrified of her. How her mother unashamedly brought other men home even when Mary’s father was there. How her mother would beat her coldly – “it was just routine”. How her mother turned the charm on and off to convince others that she was all sweetness and light, and that Mary was a very lucky girl to have such a delightful mother.

I was getting sick of Mary’s mother and I had never met the woman!

“But, Mark, the crazy thing is, I have always been so desperate to please her, to make her like me!”

And of course that’s part of the tangled mess that is a relationship with a narcissist parent. Desperately needing them to like you, to love you, wanting their respect and admiration and kindness, wanting them to finally give you what they’ve never given you.

And toxic people tend to know that you crave their approval, and they use this knowledge to fuel their own parasitical intent.

Abuse from the narcissist

Grim and gloomy, Mary told me how her mother had cut up her dresses as Mary blossomed into youthful womanhood. How she had seduced Mary’s second boyfriend. How the vanity and cruelty of her mother’s youth was now collapsing into a vindictive bitterness as she aged.

Mary’s 80-year-old mother lived only a block away but phoned Mary every day – sometimes for an hour at a time. She would claim she was ill when she was perfectly well, constantly clutching at and hanging onto the limelight. She wanted all the attention but never wanted to give any – except as a way of getting more for herself.

And it wasn’t just between Mary and her mother. The old woman would regale Mary’s children with Mary’s life-long shortcomings, and would often tell neighbours that Mary never bothered with her and they hadn’t spoken in years (in spite of those long daily phone calls), even though they lived so close.

To top it all, although physically perfectly hale and hearty, her mother insisted that she couldn’t be left on her own, and must come with Mary and her family whenever they went away.

“What can I do, Mark? Help! I don’t want to be just waiting around for her to die, I’m not that kind of person. But I can’t go on like this!”

In ‘5 heroic ways to help your client deal with a narcissist’ I suggested how you might help clients deal with narcissistic manipulators. Here, I want to give you three ideas to help clients whose mothers happen to be highly toxic people.

3 Ways to Tackle the Toxic Mother

1) You can only get what there is to get

After talking with Mary about how she was always so desperate to have approval and even love from her mum, I suddenly and playfully held out my hand and said:

“Mary, I want you to give me ten million pounds, please, right now, in cash!”

“Because I haven’t got it to give.”

“Exactly! And you can rest assured this session will be as reasonably priced as the others.”

When we met up again long after her sessions with me were over, Mary told me how, in the months and years following her therapy, whenever she found herself trying to extract some tiny bit of approval from her mother, my ridiculous demand would come to mind, and she’d hear me saying “You can’t give what you haven’t got.”

Her approval craving stopped and Mary was much freer as a result.

But Mary also needed to change her own behaviour towards her mother.

Have you ever noticed how obnoxiousness gets in your head after being around toxic people? It’s as if your mind needs to somehow ‘decompress’ before you can function normally again.

Mary’s mother had done enough damage in her life and Mary needed, as I put it, to ‘detoxify’ herself. So we drew up a plan to reduce and limit Mary’s ‘mother exposure’.

Mary decided she would speak to her mother on the phone only three times a week, for only 20 minutes.

She would visit her mother once a week and stay for just one hour.

We also devised a ‘verbal response plan’ – what Mary might say to manage her mother’s put-downs and insults, calmly, clearly, politely – but firmly.

At first, Mary felt she couldn’t possibly ‘neglect’ her mother like that. I said (rather bluntly, it must be said!) that Mary’s mother was lucky beyond belief that her daughter hadn’t broken off all contact decades ago.

Finally, although Mary was excited about making these changes, she was still basically scared.

We had to deal with that fear.

3) Deal with the fears

Knowing what to do is a world away from knowing how to feel when you do it. I asked Mary:

“How do you want to feel when you start setting clear, firm boundaries with your mother?

“I want to feel calm and resolute.”

I helped Mary go into a deep state of relaxation and had her hypnotically visualize observing herself setting these limits calmly but firmly.

Research has found that when people imagine seeing themselves from the outside engaging in new behaviours, they become much more likely to actually carry out those future preferred behaviours. (1)

We did this hypnotic mental rehearsal over and over until Mary couldn’t think about setting boundaries with her manipulative mother without feeling calm and resolute.

This isn’t a comprehensive list of everything I did to help Mary, of course, but these particular psychotherapy techniques for dealing with a narcissist parent really got her on her way to a life she could enjoy so much more.

If someone can’t be a benign influence we simply must limit our exposure to their toxicity.Click To Tweet

My course Uncommon Hypnotherapy teaches approaches like this which strengthen a client’s self esteem and personal boundaries.

Need more help from Mark on teaching clients how to deal with difficult people?