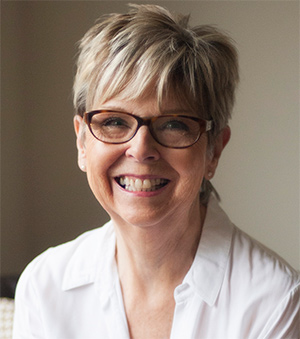 Lynda Hudson, a clinical hypnotherapist who specializes in children's problems

I’m often asked for advice on using hypnotherapy with children by therapists new to the field.

These might include selective eating, withholding stools, or maybe difficult, disruptive behaviour in the classroom to name but a few.

But the truth is that there is no one magic answer. The actual answer is that how you treat them really depends on the particular child and their individual needs and personality.

Treat the child in front of you, don’t just treat the problemClick To Tweet

But of course I do also offer a whole variety of ideas and different approaches to take, possible interventions to carry out, activities that have generally worked really well and new ideas that I am still developing.

In fact, each question really demands a workshop of its own!

But the truth of the matter is that however much I may know theoretically and experientially about a particular problem, the way I choose to treat one particular child will usually be very different from how I treat another.

While this is of course also true with adults, somehow it seems easy to fall into the trap of believing that children will all respond in the same way!

Of course, capturing the interest of any client whatever their age is vital, but I would say that one of the major differences I’ve found in working with young children is that there is less time to decide exactly how you will do it. Sessions with children move along quite quickly.

In a funny kind of way it’s a bit similar to capturing someone’s interest when they land on your website… apparently we have about 4 to 8 seconds to ‘get’ them before they hop off to someone else’s site!

And, while we do have a bit longer than a few seconds in the therapy room, the principle of needing to get them interested pretty quickly is crucial or the child’s attention will wander and their engagement will wane.

Never assume you know the cause of a problem

One of the things I’ve learned is never to assume that I know the cause of a problem before I actually see the child, even if it is an issue that I have dealt with many times before.

Nor do I plan in detail what I will do in the session, although I certainly have a good think around the problem and consider possible useful approaches and activities I could take if appropriate at the time.

An example of being prepared to change my loosely ‘planned’ activities was with an 8-year-old child I saw recently whom I shall call Jack. He was a selective eater with a pretty restricted diet who was underweight and deficient in several essential vitamins.

Various medical investigations were being carried out but at this point had not revealed anything organic, and the doctors were happy that he should have some hypnotherapy.

Having taken a case history from Jack’s mother prior to seeing him I’d thought of a few activities we might usefully do during an initial session to begin to break the negative pattern of his eating. I had in mind perhaps a SWISH or playful Rewind Activity as these can be fun, as well as effective, and usually prove to be very popular.

Be flexible and be prepared to change ‘plans’

However, in this particular instance, Jack, despite the fact that he had told me he really would like to be able to eat more, showed a certain reluctance to engage with any ‘imagining’ and I felt that we should move more slowly than I had originally thought.

I decided to abandon any ideas of using SWISH or Rewind in that session, as they tend to work best with a lot of visual input, and I also completely dropped the words ‘see’ or ‘imagine’ from our conversation.

Use a solution-focused approach

So instead, we spent quite a lot of time with me asking him solution-focused questions so he could tell me how things would be different if/when he was able to add the odd thing to his exclusively potato and baked bean diet.

At this point he got quite ‘into’ speculating on possible reactions of the different members of his family. Without realizing that he was in fact visualizing, he was happily imagining what they might say and do as he surprised them by choosing to eat more of the things he already liked.

Not only this, but he also decided to give them a real surprise by adding in some cocktail frankfurters and chicken nuggets. His choice not mine! (My focus was more on the quantity and variety rather than the quality of food on this occasion.)

Use of hypnotic phenomena can be very convincing

When I did a very quick cataleptic hand intervention Jack was totally fascinated by the change in feeling of his hand and arm and happily took on board the suggestion that if his amazing brain could change the feeling of his hand in this way, it could also help him begin to eat a few different things.

Make an audio for reinforcement and ongoing support

Later I recorded a 10-minute audio for Jack which included both direct and indirect suggestions and a ‘talking through’, rather than an obvious guided visualization, of a proposed change in his eating habits. It included his ideas of how he would be surprising his family and how he would be feeling very proud of himself.

Interestingly, at the end of the session, he also came up with the idea of making a video diary (visual as well as spoken!) of what he would be eating.

By the way, in cases of selective eating it’s absolutely vital to have a separate, private chat with the mother (and preferably both parents) around making changes at mealtimes, largely around giving less attention to negative behaviour and more attention to positive behaviour, giving choices and keeping the atmosphere calm.

It’s also important to be clear that with selective eating a first session is the beginning of a process, and other sessions will almost always be required.

So this case illustrates just some of the many things that I’ve learned in my child hypnotherapy practice over more than twenty years. They could perhaps, simplistically, be summed up in a few DOs and DON’Ts:

Remember that you are not the only one with the responsibility to sort out the problem. The child needs to take on and practise the new ideas and the parents need to support your work. The child also needs to listen regularly to any audio you may have provided.

If your appetite has been whetted to know more about treating selective eating, please click here for details about a two-module webinar course I have available.

You can see Uncommon Knowledge’s range of story-based hypnotherapy scripts for children here.

Inside the UK’s Hypnotherapy in Schools Program