Back to Top
Mark Tyrrell's Therapy Skills » PTSD, Trauma and Phobias » What Have I Done?!!! 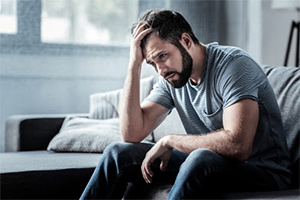 Moral injury happens when a person feels a moral line has been crossed or they’ve been forced to cross their own moral boundaries. This may cause them to question and doubt who they are and even the nature of reality itself.

“I don’t know who I am any more. I just can’t believe it was me doing all those terrible things.”

Gavin’s life had been one of torment, betrayal and unremitting neglect. Abandoned by his drug-addicted parents, he’d bounced like a pinball in and out of institutions, foster care, and prison.

But he had a core of decency despite having had little to no moral guidance growing up. His piercing eyes told me before his words did that “I know what’s right and what’s wrong.”

He’d straightened himself out because no one else had been around to do it for him. He’d stopped ricocheting in and out of jail. He no longer drank or hung out with the ‘friends’ who did their worst to beckon him through the sickly velvet doorways of drug-induced oblivion. He’d even joined the army.

“I guess I needed structure,” he told me.

Posted to Iraq, Gavin’s outfit had been out in the baking desert at dusk during the First Gulf War, about to camp down for the night. With his superior, he’d scouted the dunes for any signs of the enemy – and that’s when they saw him.

“I swear he wasn’t more than 16,” Gavin told me, the horror already evident in his voice.

“He was out scouting too – for us, for his enemy. We guessed his unit was close by. My superior officer whispered to me to kill him. Without thinking, I went for my gun… but he stopped me. “No, they’ll hear! We can’t alert his whole unit. Use your knife.” I hesitated, so my officer punched me in the arm and sort of shout-whispered, “Kill him!”

Gavin looked infinitely sad. “So I did. And I’ll never forget the look on his face.”

Gavin was suffering from post-traumatic stress disorder. He still had flashbacks and suffered nightmares. Even though this had all happened years before, it still felt “like yesterday.”

But even after we’d treated the trauma, Gavin still displayed a sense of devastating damage to his sense of self. Yes, he felt more able to get on with his life now that the past felt more… past. But he still struggled with a sense of who he was. A sense of shame about himself, betrayal by his commanding officer, and terrible guilt about the boy he’d killed.

None of that is unnatural, of course, given the extreme circumstances. But it was making his life unbearably hard.

“I must be a terrible person!”

We often hear about PTSD in association with returning veterans, but there’s a danger of conflating PTSD with the less talked-about phenomenon of moral injury.

Sure, often there’s an overlap, as there was with Gavin. Sometimes, too, we see survivor guilt in clients if they made it through some terrible event while others didn’t. But it’s important to understand the difference. It’s also important to recognize that many conditions aren’t clear cut, but bleed into one another. Emotional issues don’t usually have distinct edges. But moral injury can certainly exist outside of PTSD and survivor guilt.

So what is moral injury?

Moral injury happens when a person feels a moral line has been crossed or they’ve been forced to cross their own moral boundaries. This may cause them to question and doubt who they are and even the nature of reality itself.

Infamously, young conscripts were ordered to shoot civilians and even babies at The My Lai massacre during the Vietnam War. I suspect many of those involved felt a terrible sense of moral injury. They had done something that in their darkest nightmares they’d never dreamed they’d do. What’s more, they’d “only been following orders” from those in authority.1

The morally injured person will feel shame, guilt, anger, profound betrayal, and also maybe a kind of loss of innocence whereby the person feels morally disorientated, as though they no longer know the difference between right and wrong. It can also produce a kind of world-weary, and world-wary, cynicism. But generally the feeling is directed towards oneself. And the effects on the self can be devastating.

Gavin told me he’d attempted suicide because “why should someone like me exist!”

“Moral injury results when soldiers violate their core moral beliefs, and in evaluating their behavior negatively, they feel they no longer live in a reliable, meaningful world and can no longer be regarded as decent human beings. They may feel this even if what they did was warranted and unavoidable. Killing, torturing prisoners, abusing dead bodies, or failing to prevent such acts can elicit moral injury.

“The consequences of violating one’s conscience can be devastating. Responses include overwhelming depression, guilt, and self-medication through alcohol or drugs. Moral injury can lead veterans to feelings of worthlessness, remorse, and despair; they may feel as if they lost their souls in combat and are no longer who they were.”

Since the Gulf War Gavin had gone through periods of abusing drugs and alcohol and engaging in criminal and reckless behaviour. When he came to see me he was a little more straightened out as far as his behaviour went, but still he felt that no one could ever love him, that he was damned, that he was worthless. He looked at me despairingly and said, “Why am I even alive?!”

So how can we help the morally injured client?

Step one: As always, deal with the worst first

At the risk of committing ‘concept creep’, I’ve found that some survivors of sexual abuse may feel a terrible sense of not just betrayal, but also shame and guilt at having been coerced by a person in a position of authority and trust to do something which was, of course, terribly wrong. They know it wasn’t their fault, but somehow it doesn’t feel that way.

Some survivors of sexual abuse may feel a terrible sense of not just betrayal, but also shame and guilt at having been coerced. They know it wasn't their fault, but somehow it doesn't feel that way.Click To Tweet

In such cases, once we treat the trauma it’s much easier to reframe any sense of moral injury and help the client re-establish a strong and positive sense of identity.

It’s hard to have a sense of coherent identity when we’re plagued with flashbacks and nightmares. Use the Rewind Technique to help your client over any PTSD, and treating any moral injury will become a lot easier.

But we need to do more.

Unless we’re cruel psychopaths (in which case moral injury would never be an issue!), we have moral scruples. What’s more, we behave as we do in context. This isn’t to excuse so much as to explain.

It’s long been known that people’s behaviour can be totally warped, their moral code completely skewed, when whipped up by a crowd or group.3 It’s also been found that many of us will blindly follow orders when they’re given by someone we deem an authority figure.4 This propensity to follow authority figures seems ‘baked in’ to the human condition. ‘Authority’ may come in the guise of rank, expertise (white coats seem particularly effective for this), age, or simply a sense that the person seems wiser.

Again, talking to the morally injured client about these natural human principles isn’t meant to tell them, or even have them think, that what they did was absolutely fine. It simply serves to contextualize it within the wider human pattern.

I reminded Gavin of the Milgram experiment and other research, and he admitted that these ‘human factors’ (as I called them) had played a part in what had happened.

“I was so young, and I thought my superiors knew everything!” He paused. “And maybe I did need to do what I did!”

Step three: Put it in a box for safekeeping

Part of contextualizing is compartmentalizing. I suggested to Gavin that even though what had happened was truly awful, it was still, as everything is, just a part of life. This sort of made sense to him. I conjured up a scenario in which he could “put those memories away for safekeeping” because he really didn’t need to “take those memories out all the time to look at them.”

During therapeutic trance I encouraged Gavin to visualize putting those old memories in a safe casket and putting them away somewhere securely in his mind. He could, if he wished, open that casket and look inside, but that now it was safely stowed he wouldn’t need to so much.

This had the effect of both helping him seal away and therefore compartmentalize the memory (which was so much easier once the PTSD had been ameliorated), and also lending a kind of healing, ritualistic and respectful sense of funeralizing the memory. I talked of a casket, and “respectfully keeping that memory safe.” After all, the dead man we were talking about was “barely more than a boy.”

Gavin had been so impacted by what he’d done and lost so much respect for his military superiors that he had globalized these feelings towards all aspects of himself and all authority figures (some of whom might be actually worthy of their vested authority).

As a kind of Socratic question I asked Gavin whether anyone might have done what he’d been ordered to do and not cared about it so much.

He thought long and hard about this and finally said, “Yeah. I actually knew guys like that. They didn’t really think about that kind of thing. Most did but a few wouldn’t. They were really callous.”

I further suggested that “what you did back then was something you did within the unique context of the situation. The fact you care so much about it tells us something really important about who you really are.”

I said that maybe over the coming days some of the important questions as to who Gavin really was may become apparent to him as his unconscious mind worked though something really important.

Step five: Help your client live in the present

Gavin returned the following week telling me that “despite everything” he wasn’t a bad person.

“Who you were at the time is not who you are now,” I suggested. “And what perhaps you had to do back then isn’t what you have to do as you progress through life.”

Gavin had that wonderful gift of being able to truly listen and examine, fairly, what was said to him. He was still relatively young. He still had a journey to pursue. We spoke of his emotional needs and, together, we formed actionable goals aligned with his principles and values.

Gavin knew how to work toward goals. Hard work was one of his values, as was honesty and decency. So he secured some charity work. Then he got paid employment. He strengthened his desire to make a difference “in a good way.” He started dating and finally met someone he could trust and love, and whom he could accept love from.

Gavin didn’t want to see himself as the victim. ‘Victim blaming and shaming’ are buzzwords, but for some it’s shameful to think of themselves as a victim at all.

The deep relaxation of hypnosis paired with a time-tested trauma technique can lift PTSD rapidly and comfortably. Learn about the Rewind Technique here.