Five of My Favourite Quotes 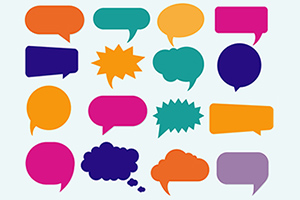 “A quotation is a handy thing to have about, saving one the trouble of thinking for oneself, always a laborious business." - AA Milne

“The ability to quote is a serviceable substitute for wit.”

I admit it, I like quotes. Which is why I’ve collected five of my favourites below, along with what I think they might imply.

I hope you agree with me that they contain pearls of wisdom, because being impressed by wise-sounding but meaningless quotes is, apparently, a sign of low intelligence. At least that’s what research seems to indicate.1

In this research, unprofoundly entitled “On the reception and detection of pseudo-profound bullshit”, people were asked to evaluate a set of statements.

Some of the statements were mundane, such as “Most people enjoy some kind of music.” Some were from such luminaries as Deepak Chopra, including “Attention and intention are the mechanics of manifestation.” (Okay!)

But some ‘wise sayings’ were randomly generated via computer software mixing up popular buzzwords. These were presented alongside statements that actually did contain some truth, but were written in plain and unprofound-sounding English, such as “A river cuts through a rock, not because of its power but its persistence.”

Some of the research subjects failed to notice the difference between the meaningless quotes and the genuinely profound ones. (On the basis, I suppose, that if it sounds wise, it must be!) The researchers found that those who were impressed by the empty platitudes were not prone to deep thinking.

The trouble, I think, is that we can all be trained to nod wisely at pseudo-profundity – or, conversely, to spot diamonds in the dirt but miss their value.

What I want to do here is present some quotes and explore whether they might actually have practical value for us beyond some mechanical buzz of “Oh, that’s so true!”

I’ll give my take on what these quotes might mean for you, me, and anyone who cares to take notice. Of course, I might be wrong about them or see them too superficially. And I definitely don’t claim to always be able to live by the high ideals some of them suggest!

Anyway, here are some quotes and my take on them. Please do add any meaning you see in them (or feel free to point out my pseudo-profound bull***t!).

“Blessed are those who give without remembering and take without forgetting.”

This reminds me of another quote (which may have been from Rumi) to the effect of “What you do for others, forget it. What others do for you, remember it!”

When we help people, if we set too much store by how much we help them, we may really be tyrannizing them. I don’t just mean by giving them so much help that we make them helpless to help themselves. But by storing an emotional debt sheet in our minds, we may influence them to feel beholden to us. And it’s a fine line between feeling beholden and feeling trapped.

Psychologist Francis Flynn found that right after a favour has been done, the receiver of the favour assigns it greater value than the giver – but as time goes on this reverses.2 The recipient of the favour devalues the favour while the giver sees it as more important – especially, presumably, if the favour hasn’t been returned.

A statement like Bibesco’s may carry more than one meaning, maybe many. So how might we turn this quote around in our metaphorical hands and see another side to it?

Another way of seeing it

Another take on Bibesco’s quote may be to reverse its meaning. “Blessed” could mean comfortable: “Comfortable are those who forget the harm they have done to others and remember the perceived harm others have done to them!”

In this way one statement, the original quote, could both describe and inspire a self-developmental attitude and describe and warn against a self-diminishing one.

“The universe is full of magical things waiting for our wits to grow sharper.”

This immediately reminds me of George Bernard Shaw’s famous words:

“Best keep yourself clean and bright; you are the window through which you see the world.”

Just as we need physical organs of perception, our five senses, to witness physical reality, so too, perhaps, we need to learn to discern more subtle patterns of reality psychologically.

When we learn to ‘see’ multiple levels of meaning and wider context, new layers of life become revealed to us. “Beauty is in the eye of the beholder”, but the eye needs to be able to see.

“The hard thing is to stick to things when you have outlived the first interest, and not yet got the second, which comes with a sort of mastery.”

I see something really useful and important about human motivation in this statement. If we can only be inclined to follow some course of action if it immediately excites us, or excites us as much as it initially did, then we are lost in some ways. I have seen so many people stop exercising or living in some other healthy way simply because the novelty has worn off.

It may be exciting to start playing tennis, but it won’t be exciting to practice for 10,000 hours. For that kind of commitment, the activity has to become just something you do.

In a way, we need to learn to honour a path without having to be continually delighted by it. Being passionate about something is fine, but can we serve the activity itself without constantly needing the sugary highs of immediate emotional gratification?

Excitement is a fuel that burns quickly. If once the initial excitement is gone we give up and move onto the next exciting thing, we are little better than someone who bites off the tops of cupcakes just for the icing sugar.

Commitment to our goals and honouring behaviours that take us closer to them, whether the excitement has waned or not, are important I think.

Excitement can be an emotional reward. But if we depend on it, and only it, to make some valuable behaviour worthwhile to us, then we may be hobbling ourselves, not least in the moral spheres of life.

For example, if we can only be generous if we feel moved, or self-righteous or morally superior, then our actions are not unlike those of rats that have learned to press certain levers because they’ve learned they get sugared water every time they do so.

The tendency to feel we should always get something when giving is encouraged by society’s habit of giving recognition, even adulation, just for having done a simple human duty. As no less than François VI, Duc de La Rochefoucauld said, long before ‘virtue signalling‘ was a term:

“The world more often rewards outward signs of merit than merit itself.”

“Life is too important to be taken seriously.”

Censoring or even banning of humour is the first sign of tyranny.

Humour is creative and can carry and convey truth like nothing else. Those who take themselves too seriously may become pompous, self-important, and brittle. Humour helps us see ourselves and other people in context, creates resilience, and helps us be creative. But humour does even more than that.

Apart from making us feel good, humour bonds us together. Research found that relationships in which there was a lot of shared laughter thrived and were particularly resilient.3 Even reminiscing about funny times is uniquely bonding.4

A humorist can find the humour in anything, as Mr Wilde so perceptively stated. On his deathbed he was apparently reported as saying:

“I shall die as I have lived, beyond my means.”

There is potential humour in all things, and perhaps sometimes it’s when it seems (to the narrow minded) least appropriate that humour is needed the most.

We can make things happen more than we might believe. How much precious time (which is essentially all we have in the world) is squeezed away from us while we wait for things to be just right before we take some course of action?

How often do we feel that if we could only get this or that just right in life then we could follow our dreams? How often do we blame circumstances rather than seek to create them?

One day there will be no more tomorrows, so we might as well start creating the lives we want today.

I hope you enjoyed my take on these quotes, and I hope the people who created them aren’t spinning in their graves!

This client has had a wonderful result from her first session. She talks about a situation which before would have upset her but how this time she rose above it and remained calm. She has also been much less bothered about reports of illness and disease and not at all panicked like she used to be by health anxieties.

Mark asks if she requires any more help and she says she wants to feel more relaxed when she next visits her dental hygienist and also when she sees blood when brushing her teeth.

Mark presents the idea of emotionally disassociating from these times, first to her conscious mind, then during trance to her unconscious mind.

He uses her natural capacity to disassociate to help her feel relaxed during these times and links this to her interest in spirituality.

Members of Uncommon Practitioners TV can watch this session online now, and if you’d like to join, you can sign up here to be notified when UPTV is open for booking.