Why understanding how stress affects the body sets your clients free 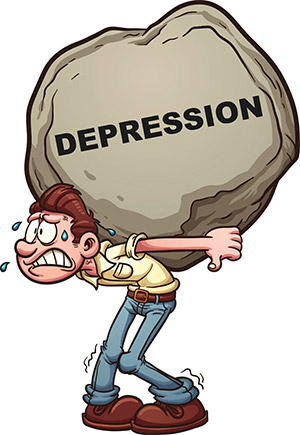 Depression may be a mental illness but it feels physically exhausting

“I can’t sleep,” Angela told me. “When I do sleep, I still wake up exhausted. And I just ache all the time!”

Angela had been diagnosed with depression five years before and when she finally came to see me, she had just started to understand that the depression she was experiencing was not truly a ‘disease’ caused by a ‘chemical imbalance’.

“So, if it’s not a physical illness, why do my muscles ache?” she really wanted to understand.

I explained to Angela that clinical depression is never ‘just in the mind’. Emotional disturbance, especially when it is prolonged, will always have an impact on the body.

Emotional disturbance, especially when it is prolonged, will always have an impact on the body.Click To Tweet

Physical factors are not the most common cause of depression. But however it’s caused, it certainly has physical (‘somatic’) consequences.

And from working with many depressed clients over the years, it’s become clear to me that some of these physical symptoms of depression are ‘depressing’ in themselves.

This is even more likely to be the case when we don’t understand that they are ‘normal’ and, in essence, simply another indicator of the same phenomenon – a stressed mind and body. Explaining this to people can make a huge difference.

Of course, physical symptoms should always be checked out by a medically trained professional to ensure your client isn’t suffering from some underlying or previously undiagnosed condition separate from their depression.

However, it’s sadly true that many physicians don’t fully understand why depressed people have these physical symptoms. And even those who do understand may not explain it very well.

So, in addition to using metaphor to help Angela normalize her overall experience of depression, I also helped her reframe the physical symptoms that depression was causing.

Here are 5 of the most common physical symptoms that often accompany depression, with some suggestions for what to say to help your clients understand them.

So many depressed people report not being able to sleep or sometimes sleeping ‘all the time’.

Worry and negative thoughts and feelings increase the levels of the stress hormone cortisol in the bloodstream. This response is really designed to keep us awake, alert, and safe during physical danger. Because if we fell asleep while we were in real physical danger, it could be disastrous.

After explaining this to Angela, I also said to her:

Of course, you’re not in actual physical danger right now, so we need to lower your stress hormone levels by helping you relax more. This will let your ’emergency lookout system’ get the message that it can switch off sometimes.

And if high levels of stress persist for a long time, they will eventually exhaust us to the point we can end up feeling like we can’t stop sleeping.

Angela nodded along with this, telling me she’d noticed both of these seemingly contradictory symptoms during different episodes of her depression.

I also discuss with most depression clients how sleep can be a tricky Catch-22, since during depression even sleep itself can be exhausting!

2) “I have all kinds of aches and pains, but the doctor can’t find anything physically wrong with me!”

When a client says something like this to you, you might tell them that there’s no physical test that can show whether someone is depressed, like there is for diabetes, for instance.

And I’ll often continue by saying:

However, an important hormone called serotonin can become depleted through depression. Among other things, serotonin moderates the ‘pain response’. So what would feel like a minor ache in normal circumstances can feel much, much worse during depression.

As you begin to leave that depression behind, you’ll also notice how much more physically comfortable you start to feel again.

3) “I have completely lost interest in sex!”

Although it’s not often discussed or asked about, temporarily losing interest in sex is also common with depression. And, unhelpfully, it’s also a common – but often unknown – side effect of antidepressants.

Again, because a depressed person’s bloodstream is so full of cortisol and stress hormone levels rise when the body perceives a physical threat, any physical function not directly connected with immediate survival tends to get ‘switched off’.

If you were about to be attacked by a pack of hungry wolves, you wouldn’t want to get distracted by sexual impulses. You would need to have completely lost interest in sex while dealing with the wolves.

The stress of depression has misled your body into feeling that it is under attack, so in an attempt to keep you safe, it has responded just as it should if it were under attack. As your stress hormone levels normalize and your self confidence returns, so too will your sex drive…

As with sex drive, increased stress hormone is designed to lower the function of any physical responses that don’t have to do with fending off an immediate physical attack.

I helped Angela understand this by saying:

Well, it may be, of course, that there are just lots of cold viruses around at the moment! But, again, it’s important to know that you don’t need to be fighting off pathogens in the bloodstream while you’re fighting off wolves!

So if you are continually more stressed then you need to be because of the depression, then your immune function is constantly taking a backseat. Therefore, you are more likely to get sick. But as the depression lifts and you feel and sleep better, your immune system will become more robust again and return to its normal, long-term, protective function…

5) “I’ve lost my appetite and am losing weight…”/”I eat all the time and am putting on weight!”

Appetite changes often occur with depression. And, just like with sleep, these changes can seem contradictory.

On the one hand, stress suppresses appetite and depression steals motivation to look after yourself, so eating can be neglected.

On the other hand, stress can also make us behave compulsively.

You can explain both of these symptoms to your clients:

This is because, in nature, if that pack of wolves is on our heels, eating is not necessary for immediate survival. So – as with sleep, sex drive, and immune function – appetite will be switched off.

But the flip side of this is that we might need to genuinely compulsively check that those wolves really have gone and we’re safe. Stress would drive this useful compulsivity. So we might compulsively eat, especially if we’ve been conditioned to associate eating with self comfort.

As depression lifts, your appetite should return to normal.

Of course, your depressed client may present with other physical symptoms, but there is always a good, ‘normal’, and reassuring reason for stress-related physical discomforts. These ‘symptoms’ are, in fact, the body’s way of trying to help out.

Once I’d reassured Angela that what had been happening to her, while horrible, is a normal part of the pattern of depression, she began to worry much less about these symptoms.

I ran into Angela again a few months after our sessions ended, looking much more rested and healthy. She told me she was sleeping better, had somehow avoided the cold that got passed around her office, and was enjoying cooking (and eating) again.

She told me that the real turning point for her in working with me was finally understanding why her body was behaving the way it was. She no longer felt helpless and out of control.

As Angela said, and I believe this is true for people with every type of mental illness – “Knowledge is power.”

To learn more about treating depression, take a look at our ‘How to Lift Depression Fast’ course.

3 Helpful Metaphors for Your Depressed Clients

“How do you calm an extremely depressed, crying and distraught person?”