4 types of therapeutic task to help clients do things differently 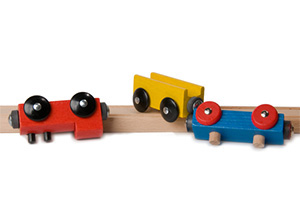 When a problem appears to run on rails, a well designed task can quickly derail it

Donald was looking at me as though I’d just sprouted a third arm. “Set an alarm at 2am every morning?” he repeated, as if hoping to extract some new meaning.

“Well, you said you wake up feeling anxious every night, anyway,” I said. “So I’m saying make an appointment with yourself to feel anxious at 2am. Then you know it’s coming rather than being surprised.”

We’d established good enough rapport by this time that Donald agreed to this idea, although sceptically.

But what was I trying to accomplish, exactly?

Not all therapy happens inside your practice.

You may already be familiar with the idea of giving your clients ‘homework’ to do between sessions. Therapists like Milton Erickson and Jay Haley took this a step further, famously assigning behavioural tasks that could make a massive difference to their clients – and yours.

Many of our clients feel that their problems are outside of their control and that how they feel causes troubling behaviours. And it’s true to say that problem states – troublesome emotions and behaviours – are maintained by the unconscious mind.

And if we help our clients change their behaviours, we can help them change how they feel.

A colleague of mine once told me how she was trying to calm down her crying 12-year-old nephew, who was inconsolable because a friend’s visit he’d been looking forward to suddenly got cancelled.

After he’d rejected offers of games and other fun distractions, she suddenly demanded that he ‘be sad’ and ‘keep crying’ for the next fifteen minutes. She even suggested he had to throw things and really sob it out.

The surprise caused by this bizarre assignment from his aunt stopped the tears abruptly as the boy burst out laughing. And he only laughed harder when she scowled and scolded him for not finishing the ‘cry for fifteen minutes’ assignment.

He was still a bit sad, of course, but once the tears ended, he was able to get his day back on track and use his unexpected free time for activities more positive and fun than crying.

Now, that was a one-off situation rather than a persistent problem like worrying or a bad habit, but it shows how effective ‘prescribing the symptom’ can be.

By telling the person they have to do the problem behaviour on purpose or consciously, we create a paradox: an ‘uncontrollable’ compulsion becomes a chore they would rather avoid. Or, like my colleague’s nephew, they might just find the request so absurd, it simply interrupts the pattern. Talking of which…

You may have noticed that problem behaviours can become rigid and fixed, almost ritualistic. Introducing an new element can change the whole pattern and make it harder to maintain.

The ‘different element’ can be:

Where the behaviour occurs
When it occurs
Who it occurs with
How long it lasts.

We might encourage our clients to actually continue their problem behaviour ‘for a while’, in order to take the pressure off. But by changing a key part of the problem pattern, we may eventually derail the whole issue.

For example, a smoker was told to continue with her smoking ‘for a while’, but to keep her cigarettes in the garden shed and her lighter in her car, making keeping up the smoking habit more of a chore.

And a couple whose relationship was in trouble because they fought all the time were told to keep right on arguing – but to discuss only issues that had come up in the previous week. In this way, they trained themselves to contain their conflicts (and make them shorter).

I once asked a client who had been dealing with a lot of complex problems to go down to the Brighton beach after his session and throw pebbles into the sea. He accepted the task.

On his next visit, he told me that he had spent a considerable time on the shore chucking pebble after pebble into the waves. “I felt so light after that,” he said, “as if I’d hurled away all the things that had been bothering me. I never felt so free!”

A metaphorical task can indirectly show our clients a solution to their problem and also generally help ‘loosen’ things enough to speed up progress.

For instance, Milton Erickson asked a chronic alcoholic to go out to the Botanical Gardens and visit the Cactus House. He was to stay there for at least an hour and ‘do a lot of thinking’.

The man carried out his instructions and ‘learned to respect’ those cacti profoundly. Not only did he stop drinking (cacti can go without ‘drink’ for an awfully long time!), but so did his wife, who had also been a heavy drinker (1).

While treating a patient for insomnia, Erickson found out that the man hated polishing the wooden floors of his house.

He set him the following task: if he was still awake twenty minutes after going to bed, he was to get up, go downstairs, and polish all the wooden floors. If he became sleepy, he could return to bed, but he was to keep repeating the procedure if he again didn’t fall asleep within twenty minutes.

So, sometimes the task given may be a little ‘painful’ or something of an ordeal for the client. The goal is to link the task’s difficulty to the problem behaviour and, in turn, make continuing the behaviour difficult.

And this can be not only more effective but more productive for the client if you set an ‘ordeal’ for something that really needs to get done but that they may be avoiding, such as a tax return or writing a dissertation.

Only use behavioural tasks when you are pretty sure they are likely to help and only after you have built a great level of rapport with your client. Otherwise, they’re unlikely to accept or carry them out.

And how did Donald get on with his 2am alarm?

A couple of weeks later, he returned for his next session with me and regretfully informed me that he’d failed the task. Although he’d woken up promptly at 2am for the first few nights, Donald admitted he resented having the alarm blaring at him at that hour. He then started to sleep through the alarm, not waking up until it was time to rise for work.

I then asked him about the anxiety he had been feeling during his night-time wakings before ever coming to see me.

He looked surprised. “Now that you mention it, I’ve felt so rested and energetic, I haven’t thought about those anxious thoughts for more than a week. I guess I succeeded, after all!”

What Is ‘The Observing Self’ And Why Is It Such A Powerful Therapy Tool?

3 Miracle Question Examples to Use With Your Therapy Clients [Video]