4 Tips to Help the Passive-Aggressive Client

When you understand the common reasons for passive aggression, treating it is fairly straightforward. 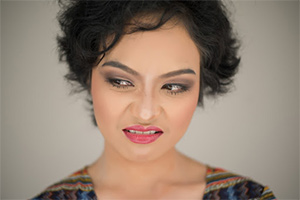 “My brain, more busy than the labouring spider, weaves tedious snares to trap mine enemies.“

Resentment oozed from him like vaporous poison. A smile that said one thing; eyes that said another. Changes of plans at the last minute, lateness, agreement followed by resistance, false teaming (see below). Apparent congeniality and agreeability laced with sarcasm and subtle obstructiveness.

This was a guy I worked with 35 years ago. I don’t think I even knew the term passive aggressive back then, but looking back he fitted that moniker perfectly. In the years since, I’ve occasionally worked with clients who exhibit that peculiar and often confusing blend of domination and aggression couched in supplication and appeasement.

So, what specific patterns do we see in the passive-aggressive person?

How to spot passive aggression

First off, it must be said that none of the following behaviours on their own signify that someone is passive aggressive. It’s only when we see repeating patterns of interaction in people that we can form a more complete picture of them.

Passive-aggressive people may demonstrate some or all of the following characteristics.

Gosh! All this looks messy and complicated, but the heart of passive aggression is actually quite simple.

Underground rebellion and the need for openness

You’ll notice there are a few repeating themes in the above list: lack of clarity and assertiveness, pretence that all is well when it isn’t (so that aggression leaks out in less obvious forms), and attempts to control or influence the morale or mood of others through covert means.

When treating the passive-aggressive client, in order to change their interactional style we need to help them:

Your client may be passive aggressive even with you, by displaying repeated patterns of resistance to your attempts to help them. If both of you are lucky, they may actually realize that they are passive aggressive and that this is the cause of their troubled relationships. But even then, they may feel unable to openly try to meet their needs. So, how can we help them?

Tip one: Help them recognize their feelings

Some feelings, such as envy or hatred, are hard to admit to ourselves. They may conflict with who we feel ourselves to be.

After all, if I consider myself a ‘nice’ person but find myself feeling put out by someone else’s good fortune, I may be in denial about these feelings. Similarly, I may find feelings such as anger hard to admit. But that doesn’t mean those feelings aren’t still there. And they have to come out somehow.

So spotting one’s true feelings, admitting to them, and not judging them is the first step in overcoming passive aggression.

“When you’re honest with yourself, how do you feel about me asking you to do therapeutic tasks? Your ex-wife’s new marriage? Your friend’s new job?”

This at least gives the person the opportunity to recognize any aggressive or obstructive feelings in a safe space, free of judgement.

It’s no sin to feel something, it’s how we deal with what we feel that’s the vital thing.

In fact, the ability to accurately identify what we’re feeling, recognize when it’s causing us problems, and put a label on it – “Ah, I’m feeling envious! I wonder why that is and what I can do about it?”– is a great sign of emotional intelligence. One thing to ‘do’ is to do nothing, rather than to employ sarcasm or, perhaps unconsciously, behave obstructively. Another response would be to reframe: “How can I look at this differently?”

It's no sin to feel something, it's how we deal with what we feel that's vital. In fact, the ability to identify what we're feeling, recognize when it's causing problems, and put a label on it is a great sign of emotional intelligence.Click To Tweet

Recognizing that you feel affronted because it’s assumed you’ll babysit yet again is much better than not registering that feeling because you see yourself as a ‘nice’ person. Only when you’ve acknowledged the feeling can you make an informed choice as to how you will respond, because only then will you know what you’re dealing with. The feeling, of course, may well be justified if you are being taken advantage of.

But recognition of emotion is just the first step. We also need to deal with the cause of the feeling.

Tip two: What does your client feel they are not getting in life?

If your client feels neglected, left behind, lonely, or that their life is meaningless, then they may have a sense of what to them feels like unreasonable anger, resentment, or envy when other people seem to be meeting their needs. These are powerful emotions.

Discuss your client’s life with them. Ask questions to ascertain the extent to which they already meet their primal emotional needs, and help them meet them more effectively.

Tip three: Encourage them to be more open

Passive-aggressive behaviour, and the feelings that lead to it, can start to change once the client learns to communicate openly.

Now, there are certain situations where it may be challenging or counterproductive to be openly assertive. Maybe we owe the person a favour or feel indebted to them, or maybe they are the boss and we know displaying hostility openly wouldn’t end well.

Maybe we just don’t want to tell our friend we feel jealous of their good fortune, and fair enough. Jealousy isn’t a good look, and some feelings we need to sort out within ourselves – after all, we do need to maintain our relationships.

But the passive-aggressive client will find it generally hard to ask for what they need openly, or to disagree or voice their opinion. Helping your client become more assertive will help here.

But we may also need to undo any past conditioning.

Lack of assertiveness coupled with a need to express anger or make a dominance play can develop when a person grows up in an atmosphere where direct communication of emotions is frowned upon. People who grew up in such an environment may have been conditioned to feel they must be agreeable at all times if they are to be accepted.

But for those on the receiving end of passive aggression, it can feel a lot like bullying. And of course, passive-aggressive tactics might sit alongside more direct ways of dominating others as part of the manipulative armoury of the bully.

Then again, it may be that your passive-aggressive client was bullied themselves. One client of mine was always shouted down by her sisters whenever she tried to express an opinion. She was also physically bullied by them, and by people at school. She found it hard to find her voice. We worked on some particular memories and rehearsed her being more assertive. As we worked together, she did begin to voice her opinions and she no longer felt compelled to always give positive feedback to people.

So our passive-aggressive clients need to:

If someone comes to be known as a morale-spoiling, undermining source of negativity, then people start avoiding them – and that’s when loneliness may rear its sad head.

Once our clients learn to be honest, open, and clear, then the effort of weaving ‘tedious snares’ can be put to much better use.

Sometimes in therapy we need to be more artful than direct in our communication, so that clients can feel better ‘despite themselves’. Mark’s online course Conversational Reframing gives you lots of ways to deliver therapeutic messages without falling into the trap of advice giving or triggering your client’s defences. Read more about Conversational Reframing here.