Or why you should never underestimate your clients 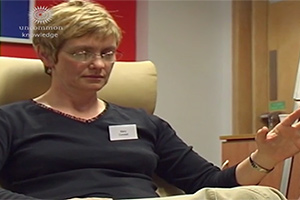 Hypnotic phenomena can be highly therapeutic for clients when used appropriately

“There is no heavier burden than an unfulfilled potential.”

When I first started doing hypnosis I was blown away by what I was able to help other people experience purely through the use of my voice and words.

The first time I elicited hypnotic anaesthesia for a major operation in a client who was allergic to chemical anaesthesia stands out. How could my simply suggesting to a client that they not experience pain cause it to instantly be true?

It seems we are all like Russian dolls – the more we look inside ourselves, the more we find.

I’m a firm believer that everyone should understand the central role of hypnosis, whether they are a hypnotherapist or not. We are not just cognitive or behavioural or emotional creatures – we are also hypnotic creatures.

Before becoming a hypnotherapist, I worked in a psychiatric hospital for severely disturbed patients. Many of them were traumatized; some were in debilitating physical pain, anorexic, psychotic, or living in the far reaches of depression.

Every patient in the hospital was seen as an essentially hopeless case in the sense that their condition could only be contained, never cured, and the only way to help them was with debilitating doses of drugs or sometimes electric shock treatment.

But even back then I felt there had to be another way.

In 1993 I started working as a hypnotherapist. I was quickly amazed by how not only could people be helped without drugs, they could remain healed. More than this, even conditions that were supposedly beyond the influence of the mind could be improved.

For example, I found hypnosis could provide anaesthesia in the body to help people numb pain, smell roses when there were none, lower blood pressure, overcome fears and lifelong phobias, change depressive habits, give up crippling addictions, and even increase physical strength.

Since the early ’90s I’ve trained thousands of practitioners face to face and online in the uses of hypnosis. Many of those who train with us have done previous training in hypnosis, and one worry I often hear is:

“What if I fail to get my client to experience pain control?” (Or arm levitation, or any number of hypnotic phenomena.)

Over the decades, hypnotizing so many people – some during public demonstrations – I have found that certain approaches maximize hypnotic effectiveness.

Here are three approaches which, when combined, greatly increase your chances of eliciting hypnotic phenomena from your hypnotic subjects.

When you elicit hypnotic phenomena, whether it be arm catalepsy (in which an arm becomes immobile), anaesthesia or analgesia for pain control, auditory or visual hallucination, or even hypnotic arm levitation, you are merely reproducing – in a directed and perhaps amplified way – what people do anyway.

And of course, when we dream at night we all experience full body catalepsy (because nature doesn’t want us acting out our dreams for real!). We hallucinate visually, auditorily, and kinaesthetically. We all go in and out of trance many times a day, whenever we are so totally absorbed by an activity that we focus out everything else around us.

When you dream, the body responds directly to the imagination – as when we shiver during a snow-filled dream or sweat if we are scared. Your internal environment becomes more important in determining your physical state than your actual environment.

We see exactly the same response in the hypnotized person – they respond to their imagination more than their real environment. And when you think about it, this is not so strange – after all, who hasn’t salivated at the thought of food, or felt blood flow to the face upon recalling a humiliating moment? Such is the power of the mind to influence the body.

Trance is part and parcel of how we live. It’s easy to forget that all hypnotic phenomena are natural. All hypnotic phenomena happen naturally outside of a formal hypnosis session. When you remember that, you can be more confident with the idea of eliciting it. But we can take this further.

It’s so much easier to work from someone’s pre-existing understandings when seeking to elicit hypnotic phenomena.

For example, if I am seeking to produce an arm levitation, in which the subject’s arm floats up with no conscious effort from them, I might talk about how sometimes, with no conscious input, we might put our foot down on an imaginary brake pedal even though we’re in the passenger seat.

How would I go about suggesting to someone that their arm become numb? This could clearly be useful if, for example, they had pain in their arm or needed to undergo an operation on it. First, we have to think carefully about which ‘part’ of the mind we need to communicate with to achieve this, and what kind of language this ‘part’ of the mind speaks.

For hypnotic numbness, as with other phenomena, we can use what I call ‘universal examples’ – examples from everyday life that everyone can relate to. For every hypnotic phenomenon there is a universal example that you can use to prime the mind for hypnotic response. Let me give you a few examples.

If I want to hypnotically induce anaesthetic numbness in a subject, I could say: “Make your arm go numb!” But of course, this is a conscious appeal that the conscious mind has no idea how to achieve! So instead, I might subtly broach the pattern of physical numbness before suggesting they experience it themselves.

I might talk about what it’s like to wake up after having slept on an arm only to find that the arm is numb. Or I might describe what it’s like to play in the snow without gloves and make snowballs, and bit by bit your hands start to feel separate from the rest of you and it becomes strange to try to tie your shoelaces or put a key in a door with frozen cold hands.

For eyelid catalepsy I might talk simply about how when we dream at night the eyelids become really heavy because nature wants us to dream inwardly and those eyelids feel really heavy and shut tight.

If we were going for hypnotic arm levitation, we might talk about how if someone unexpectedly throws a tennis ball to us, or extends a hand to shake, our arm seems to go up all by itself.

We might use the universal pattern of hearing an advertising jingle on TV, then having that tune seem to ‘automatically’ jump into your mind when you see that product in the stores, to implant a post-hypnotic suggestion.

Or we might present the metaphorical universal pattern of a powerful army gathering when seeking to hypnotically strengthen someone’s immune response.

When we evoke rather than demand a response, it feels much more natural to respond to suggestions and ideas. And when we use everyday life as a source for examples of hypnotic phenomena it becomes easier still. Remember: the unconscious mind deals in patterns.

Now this third tip is really important for evaporating the fear of failure many hypnotic practitioners have when seeking to elicit hypnotic phenomena.

Tip three: If you don’t ask you won’t be refused

“What if I tell someone to have an arm levitation and they don’t?” is a common fear among newbie hypnotists. My answer to this would be: “Why would you tell someone to do anything?”

Hypnotic language is most effective when it is subtle and implicates rather than demands.

A friend of mine recently told me an account of someone we both know playing a doubles tennis match. He described how this person’s doubles partner had accidentally whacked him in the testicles with the tennis racket. I winced.

My wince was a kind of hypnotic reaction. My friend, as he told me this unfortunate true story, didn’t directly suggest I wince. If he had, more than likely I would have failed to wince, and he might have felt he’d failed in his request.

Instead, he created an environment with his words in which wincing felt natural to me. We do the same when evoking hypnotic responses (although hopefully around more pleasant issues!).

If I then place emphasis (perhaps by slowing the words or deepening the tonality) on certain parts of the communication that would work as standalone direct suggestions, I am using what we call an embedded command.

If the hypnosis subject responds to this, all well and good, but notice I haven’t set anyone up for failure. I’ve simply been talking about “people”.

Likewise, we can take a questioning attitude. If the subject doesn’t respond hypnotically there has been no failure.

I am just thinking aloud. A person could. We can hypnotize someone, help them have all kinds of experiences, and never once directly ask them to do anything.

If I say “You will get sleepy!” or “You are getting sleepy!” the person may be thinking: “No I’m not!” They may feel that they or you or both have ‘failed’. But if I pepper my language with permissive words which don’t demand but simply question whether a response can happen, then I take the pressure well and truly off.

“Perhaps… you’ll notice feeling a little sleepier as I talk…”

“Maybe as that hand feels a little lighter [a presupposition there!] you’ll start to… notice beautiful and pleasant ideas or images come to mind [embedded command]…”

There is no chance of failure if you don’t ask directly.

Okay, lastly, you should always aim to use the hypnotic phenomena you produce for the benefit of the person you are working with.

If you’ve ever seen a video of me hypnotizing someone, you’ll notice I tend to use hypnotic phenomena for some kind of therapeutic or performance gain. For example, I might say to someone whose arm is drifting up:

So you can see that I am using the hypnotic phenomena therapeutically, or linking it to better performance.

Now of course, some people will very readily experience these kinds of phenomena and some people not so much. People vary in their responsiveness. But using these ideas skilfully means you’ll be able to elicit hypnotic phenomena in many more people.

To recap, the main principles of eliciting hypnotic phenomena to consider and remember are:

The potential of the human mind and body may be much greater than we can even imagine.

I am continually amazed at my hypnosis clients’ capacity to produce physical and psychological responses they and I had no idea they could produce. Sometimes these responses can seem truly miraculous.

Never underestimate anyone, least of all yourself.

If you’d like to learn how to use hypnosis in therapy, you can read more about my online hypnosis course here.

If you already know hypnosis and would like to take your knowledge further, you can read about my Precision Hypnosis course here.