4 Techniques for Getting Clients to Carry Out Your Therapeutic Tasks

How to improve client outcomes by being a kind taskmaster 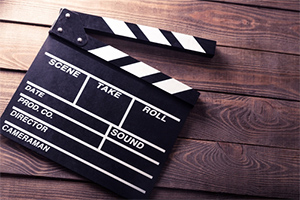 A therapeutic task must be set up and framed in the right way, to ensure the client takes action

Kyle sat on Brighton beach tossing pebbles and watching the ripples in the water scatter the soft spring light.

He told me later he’d had such a revelation while doing so that it changed his life. But he wasn’t there on a whim. Kyle sat pensively, casting his stones one by one, because I had asked him to do it.

Widening of perception, changing of emotional patterns, and new ways of seeing are so vital to change. These things come about through therapy, but the change itself emerges beyond therapy in the fabric of your client’s daily existence.

Sometimes, when the time is right, we may set our clients (what we hope will be) therapeutic tasks.

Sailing the ocean of possibilities

I had given Kyle a metaphorical task. He already liked sitting by the sea, so I merely asked him to hurl stones into the water while doing so and “notice what revelations came to mind.” I didn’t know what would happen. All I knew was that he had to “throw certain limitations away.”

On our next meeting, he told me about his experience.

“Suddenly I felt as if each stone was something I just didn’t need any more. One stone was the self-doubt I’d been carrying about my appearance since school days. One was a ‘friend’ who always let me down and criticized me. Another was the assumption that I wasn’t clever enough to pursue my career dreams.

“By the time I was done I already felt lighter, and since then I feel so different. Life is getting better because I’m no longer weighed down.”

Now, this was just one part of Kyle’s therapy, not the whole deal, but for him it was a turning point.

Here’s another case where a therapeutic task made all the difference.

I once asked a bedwetting 12-year-old boy to turn the bathroom tap on and off five times before going to bed and to notice that he could “think of something else” while he did it. After five days of doing this, he was waking in the morning with a dry bed.

Like the stones in the previous example, the taps were a metaphorical pattern match to the problem and the cure.

This was by no means all I did with these two clients, but it did augment other work I’d done with them and got them actively involved in their own progress.

But maybe the most dramatic task I ever got a client to agree to was this next one.

Sally was bright, vivacious, and glamorous. But underneath it all she was incredibly self-conscious, terrified of making a fool of herself in public, and convinced ‘everybody’ was always looking at her and thinking she was an ‘idiot’.

She confided to me her biggest fear.

“It sounds so silly, but I’m terrified of tripping and falling flat on my face, so that everybody thinks I’m a complete fool! It could happen anywhere, at any time, and I just obsess about it. It’s got so that I don’t even want to go out.”

“Has it ever actually happened that you’ve tripped and a bunch of strangers laughed at you?” I asked.

Towards the end of her first session, I put a proposal to her.

“There’s something you and I don’t know, and it’s important that we don’t know it. I’ve been wondering how we can find out whether or not you’re right.”

“About how people would react if they saw you fall over. Now, you might think I’m a bit crazy here, but I’ve got an idea. I’d like you to carry out a little experiment. It will prove beyond doubt whether you’re right. And it will help you in all kinds of other ways you don’t even know about yet.”

I didn’t think she’d actually go for it, but it was worth a try. I told her I wanted her to go down to the local shopping mall and deliberately fall over, right there in public, that weekend. To my complete surprise, she agreed. And I knew she’d keep her word.

The following week she came in with a noticeably more confident air.

“You won’t believe this!” Sally’s eyes shone with the amazement of it all. “I walked up and down the mall for half an hour, building up my courage, until finally I fell over ‘accidentally on purpose’. And…. nothing! Not one person paid a blind bit of notice! To be honest, I felt kind of annoyed that no one even asked me if I was okay!

“I picked myself up, and then ten minutes later, when there was a whole different bunch of people about, I tried it again. Nothing!”

Thank God for bystander apathy, I thought. She continued:

“People just weren’t interested. I did it a third time, and, finally! One old lady came over and asked me if I was alright.”

What I had done here was prescribe the symptom – a well-known and highly effective therapeutic technique. Our progress was extremely swift after this.

I’ve written about metaphorical and ordeal tasks, as well as tasks that prescribe the symptom, but what’s the best way of getting your clients to actually accept your task suggestions? After all, some of them may be pretty… well… out there!

1. Don’t expect them to ‘buy’ from a stranger

Timing is the essence of comedy – and, I might add, cooking, tennis, dancing, plus many other things besides. And timing is most certainly the essence of therapeutic task setting. Only after we have established rapport with our client will they be more willing to accept our tasks.

Had I said to Sally as soon as I’d met her, “Now all you need to do is go and fall over on purpose publicly”, she would, quite rightly, have run a mile.

It was because I had listened to her, spoken with her, shown understanding, and deeply relaxed her through hypnosis that she felt connected enough with me to accept the quite radical task I set her. And, as it turned out, that made a massive difference.

Wait until the time is right. Then, if it seems to fit, set the task. But there’s something else related to timing when it comes to therapeutic task setting.

The way you ‘package’ your task request can make all the difference. Don’t just issue a blunt instruction like, “Just go fall over at the shopping mall! That’ll do it!” Instead, spend some time building up the client’s curiosity.

Talk in general terms about how we all imagine all sorts of stuff about life without actually testing whether these imaginings are real. Speculate about how such testing might be effectively carried out. Present this idea in a couple of different ways.

Then finally hit them with it: Suggest you have “something in mind” for them that may change “all kinds of things”. Put on a thoughtful look, trance out a bit yourself, then, when they seem to really want to know – and only then – deliver your proposal.

Curiosity is a magnificently powerful motivator, as anyone who knows a nosey person will testify. This person is motivated to know.

We can also negotiate with the client. And if you can get them to ‘own’ the task, so much the better.

3. Offer them a little so they’ll take a lot

Actually, what I first suggested to Sally was that she should just stumble in the mall. She agreed to that, but then, as we were talking about it, she herself suggested it would be more effective if she fell over properly, as she thought a stumble might not be noticed.

Now she had ownership of at least part of the idea, and was therefore much more likely to carry it out.

Lastly, you can use the rule of contrast.

4. Offer one hard choice and one (comparatively) easy one

The rule of contrast is psychologically powerful.

If someone tells me it will cost £450 to have my car seats refitted in sheepskin I’ll have to think about it. Do I really want to pay £450 for that?

But if they’ve just sold me a £33,000 Land Cruiser, I’m barely going to notice the cost of that sheepskin option. What the heck! What’s a measly £450? (In comparison with the £33,000 I just spent!) As a disclaimer, I would never have sheepskin seats. But you get my point!

So when you negotiate with your client, present them with a more difficult task first. Then watch them grab hold of the alternative (easier) one with relief!

For example, I could have asked Sally to scream during her fake fall, to roll around on the floor in mock agony – thus calling even more of that dreaded attention to herself. After thinking about what that option would mean, the compromise of ‘just’ tripping up silently would have come as a welcome relief. In comparison, that is.

Similarly, I might ask a depressed client to exercise for 40 minutes each day on their stationary bike. Then, when they look doubtful, I could ask them to just do 6 minutes a day, and email me once they’ve done it. Suddenly 6 minutes looks like an attractive option. And it’s still enough to make a difference to mood.

It may be that we need to see a client many times before we ask them to take action in their lives. And many will automatically begin to take healthy actions for themselves as a by-product of the therapy you do with them.

Getting clients to act differently is, after all, almost the definition of the purpose of therapy. And sometimes we can get them to do this in the simplest of ways – that is, by asking them!

One thing for sure, rumination without resolution leads to paralysis (1), and misguided imagination can wreak havoc with mental health.

Being proactive and having real experiences, not merely imagined fearful ones, is the gateway to a more fulfilling and happy life.

Learn how to construct reframes spontaneously with our Conversational Reframing online course, so you can find the right words to help your clients quickly when they need it most.