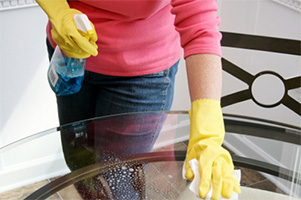 “Mark, why would anyone NEED to clean a spotless table six times a day?” Peter asked me wearily.

He was calling to make a therapy appointment for his sister who suffered from Obsessive Compulsive Disorder (OCD).

I understood Peter’s exhaustion. For an outsider, and sometimes even those with OCD themselves, the obsessive complusive behaviour is odd. Counting bathroom tiles, elaborate hand-washing routines, checking 40 times the oven is turned off, cleaning an already pristine house – why do it?

Firstly, I explained to Peter that OCD is essentially an anxiety driven condition. I told him compulsive behaviour can also be observed in animals if they are too narrowly confined and have elevated levels of stress hormone. (1)

OCD can be seen as an attempt to stave off anxiety

There is often a superstitious element to obsessive behaviour, with the sufferer feeling that their ceaseless checking or counting or cleaning will somehow “stop something bad happening”. Often it’s not at all clear what that ‘something’ might be.

OCD often oscillates between being really bad, quite bad or barely noticeable. It tends to worsen when background stress levels are high, so it’s always a good idea to get a general sense of how your client deals with stress in their lives, and what Primal Human Needs your client isn’t meeting, so you can help them there if need be. 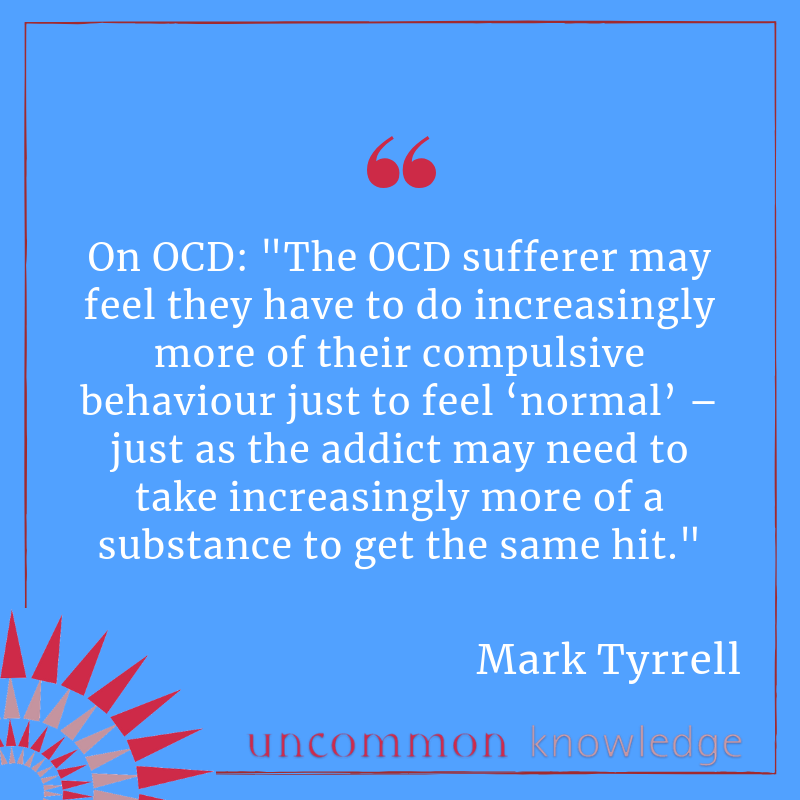 With that in mind, here are four handy techniques to help you help your obsessive compulsive clients put all that behind them.

1. Use the Rewind Technique

If we ask our OCD clients straight out to imagine not doing their compulsion when they normally would do it, they are likely to get highly anxious at the very idea.

Now I think that all psychotherapists should anyway be adept at using the Rewind Technique to help phobic or traumatized clients.

But this same powerful fear-diminishing technique can be very effectively used for OCD sufferers to neutralize and calm the terrifying thought of not carrying out compulsion.

When your client is relaxed about not engaging in their compulsion, then the compulsion is as good as gone.

2. Separate the OCD from core identity

As with all emotional problems, OCD is not the person. OCD is more like a parasite that spoils a person’s life – and makes living much more difficult. The more separate – and even unfamiliar – a state of mind becomes, the easier it is to detach from it.

so you being OCD has made life quite difficult for you

we can talk about

so that OCD has made life quite difficult for you

and rather than saying

you can’t help yourself

it is always trying to manipulate you

It’s much easier to begin to stand up to something that feels separate from who you are.

Behaviours – especially compulsive behaviours – tend to become stereotypical. This means the behaviour tends toward becoming fixed in a narrow pattern with recognizable steps and repeated in order sequence. There is a specific hypnotic ‘scrambling’ technique to first elicit the steps then hypnotically repeat them in the wrong order, but you can also prescribe scrambling to ‘loosen’ such patterns.

For example, you might ask someone who washes their hands 100 times after any given trigger (coming into contact with door handles, or whatever) to:

In this way you, the therapist, begin to ‘direct’ the behaviour.

This subtly demonstrates to your client that this behaviour is not as ‘fixed’ and unchallengeable as it appears. Changing it in small ways is a positive prelude to removing it completely.

This feels much less threatening than trying to get rid of it all in one go.

After the Rewind has been used then clients will often feel much less compelled to continue with their previous complusions anyway, and their activity will feel even more ‘pointless” when they are doing it.

4. Use hypnosis to fight hypnosis

OCD is anxiety driven but it is also hypnotic. Sufferers often report being ‘tranced out’, totally focussed on what they are doing and oblivious to the world around them. They may also experience hypnotic time distortion and be quite unaware of the length of time they have spent engaged in their activity.

You can use hypnosis to get them to imagine performing their behaviour while constantly coming out of that obsessive trance.

In this way we use therapeutic hypnosis to ‘break’ the negative trance of the OCD. At the same time, we are training them to loosen up the compulsivity of the activity.

OCD sufferers (and their loved ones) often look terribly haunted and bowed down by their condition. In my opinion, there are few things more satisfying than helping them to free themselves.

For more on using hypnosis to treat OCD, see my article here.