3 Ways to Help Your Bullied Clients 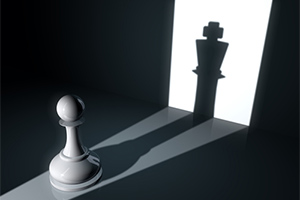 I ain’t lookin’ to compete with you,
Beat or cheat or mistreat you,
Simplify you, classify you,
Deny, defy or crucify you.
All I really want to do
Is, baby, be friends with you.

“I guess we don’t turn a predatory lion into a vegetarian by throwing veggie burgers at them!” I mused gently.

Jean had been lamenting that the nicer she was to her boss, the more grief she got for it. Now laughter, like faint music, broke through the tears.

“But I feel so weak! So pathetic for being like this!” Jean wasn’t weak for hurting in the face of relentless workplace bullying, any more than someone in a desert is weak for craving water.

For years I ran workplace prevention bullying workshops across the UK. Again and again I was struck by the extent to which bullying undermines self-esteem and happiness – and also by how sadly prevalent it is.

All you need to do is look around you and you’ll see coercion, dominance behaviours (sometimes even disguised as altruism!) and downright bullying everywhere.

It’s tough out there!

One creature seeks to dominate another. And paradoxically, this is part of the harmony (not to be confused with peace!) of nature.

But I question whether these creatures can be said to be ‘bullying’ one another, as their actions are purely instinctive. I think true bullying is something else.

The cruel heart of bullying

Sure, the perfectionist boss may inadvertently make life hard for their workers by demanding impossibly high standards or commitment. And being around a narcissist can also feel like being bullied because their utter focus on their own needs negates your needs.

But these people might not intend to inflict pain on you. Maybe it’s just that their focus on what they want, the job at hand, or themselves simply surmounts any consideration of you at all! Many perfectionists might be mortified to learn of the emotional fallout their rigid realities cause for other people.

“She seems to take satisfaction in humiliating me!” Jean told me in between guttural sobs.

Jean’s line manager would take credit for work Jean had done. She would shout at Jean in the presence of customers and staff. She’d tell Jean she could have time off, then at the last moment turn around and tell her she couldn’t have it off after all.

She would exclude Jean from social interactions when everyone else was talking or joking in the office. She would make sarcastic quips about Jean’s appearance and work. Or else she would snub Jean, completely ignoring her.

‘Little things’ add up to make one depressing, life-sapping big thing. We can remind our clients that no matter how ‘weak’ they feel with each individual jab, they’re not just reacting to a ‘little thing’. It’s the prolonged repetition of snubs and slights that has been wearing them down.

If we are to help our bullied clients, the first thing we need to understand is what exactly is happening when someone is being bullied.

We all have innate needs, and when those needs are blocked from completion, we suffer.

The hypothetical man in the desert I mentioned has a need for water. If the completion of that need is blocked or prevented through circumstance, he will suffer. The dry desert isn’t, of course, intentionally denying him this need – but he may still feel himself to be a victim of blind circumstance.

The Human Givens Approach1 has shown that all people, everywhere, have not just physical but also emotional needs, which have to be met in order for us to thrive and feel happy in life. We all share:

We can see that all bullying, in all its myriad forms, will in some way or other block these needs. From physical bullying at school to the more insidious forms of social or workplace bullying on and offline, all bullying is a denial or prevention of one, many, or all of these needs. And conversely, any ill-intentioned blocking of the completion of another human being’s emotional or physical needs can be seen as bullying.

It can be useful to clarify specifically which needs the bullying is blocking.

The first thing we need to do with a client is to discern how many of their primal basic needs have been or are being blocked through the bullying they are suffering. What does the bullying prevent? Feeling safe and secure? Feeling valued? Feeling part of the team? This is a really useful way of looking at the effects of the abuse.

Next we need to do something else.

Tip one: Help them meet their needs where they can

We need to ascertain whether our client’s needs are met any place outside of the bullying context. Because if not, the consequences may be very serious indeed.

Being bullied can damage self-esteem. If, during times of high stress (which makes us more suggestible), we are regularly fed explicit or implied ideas as to what we are like, we can come to feel as contemptuous of ourselves as the person or people bullying us seems to be. But there is something even more disturbing: being bullied is a suicide risk.2

A vital line of questioning when asking clients about their lives is to what extent they meet their human primal needs beyond the context in which they are being bullied.

For example, Jean had a circle of friends outside of work. She had a loving partner, and interests beyond her work environment. She felt loved, needed, and respected in other contexts. So, although she felt depressed and weighed down by the bullying line manager, she had other resources.

The wider we spread the sources of completion of our needs, the safer we are from feeling life is totally meaningless or hopeless if one area of our life no longer meets those needs.

I encouraged one young lad, who was being mercilessly bullied at school, to see friends he had outside of school more often and to pursue interests outside of school. In this way his need completion blockage (so to speak) at school didn’t mean he couldn’t at least partially meet his needs in other areas of his life. This, of course, is not a solution to the problem. But it is a way to limit the damage initially.

So when helping clients deal with bullying situations, we can also help them meet their needs as widely as possible.

The next tip is no doubt controversial for some.

Tip two: Discern whether anything makes them a target

The last thing we should ever do is anything that resembles ‘victim shaming’. But bear with me here. And don’t get me wrong.

Anyone can become a target of bullies. People are and have been bullied for being too beautiful, too bright, too popular. And, of course, it’s never the bully target’s fault. But here’s a thing:

Recent research has found that people who are generous and cooperative can be hated and punished by others for being “too good”.3 And this is even more likely in competitive contexts, such as many work environments. According to Professor Pat Barclay of the University of Guelph, who led the research, this trend held true for every culture that was studied.

Bullies will test for potential victims. They tend to pick on people who are nervous, shy, conscientious, and agreeable. This makes a lot of sense.

It was tragic but telling that Jean had been bullied in just about every workplace she could recall. In fact, the pattern stretched right back to her school days.

“It’s like I have ‘victim’ tattooed on my forehead!”

And Jean was extremely conscientious, hardworking, and agreeable. If things went wrong, she was more comfortable blaming herself than others, and she took responsibility for all kinds of things – even the foul moods of co-workers.

But it wasn’t just her agreeable, conscientious nature that was putting Jean at increased risk of bullying. Because Jean had been bullied before, her fear of being bullied again meant she was anxious and self-doubting. And I’ve no doubt that the bullies whose paths she crossed picked up on this fear.

I talked in depth with Jean about the wonderful attributes of conscientiousness and agreeableness. She told me at one point she loved cats, especially cute kittens. This gave me a way in.

“Do they have claws they can use if need be, and teeth if anyone pushes them too far? Can they be nice and cute but still have claws and teeth?”

She got the point, and we were able to start work on her own ‘tooth and claw sharpening’.

I asked Jean if she felt she should just look for a new job. But she didn’t want that. “I feel I have to stop it happening now, where I am”, she told me. “I love aspects of my work and I don’t want to leave.”

So with that option off the table, I asked if she had memories of being bullied that made her feel really emotional. She had several. One involved someone at a previous workplace pouring cold tea over her head!

I used the Rewind Technique to quickly and comfortably decondition these memories, and afterwards she felt much more relaxed when thinking about them. So you may have to detraumatize previous memories of bullying before you can make real strides with your bullied client.

Next we looked at what it means to set limits and boundaries and stick up for ourselves – to show our claws and teeth on occasion (she loved that metaphor, so I kept using it).

We even did some role play with me being her boss at work. She got really good at being firm but polite and giving me a certain powerful look.

I taught her to relax profoundly and to visualize herself, from an outside observer position, standing up for herself and showing her teeth (so to speak). In this way we rehearsed how she was to feel as well as act in these times.

We find that when clients visualize events and situations from the outside they tend to feel much calmer than when they visualize them from an associated position. What’s more, if it’s a future desired event then visualizing it from ‘the outside’ makes them more likely to actually do it.4

The art of invisible tattoo removal

I realize sometimes bullying has gone so far we have to do a kind of emotional crisis management for our clients before any of this can be done. But what we’ve covered here can go a long way.

So to recap, we can:

Sometimes bullying does seem systemic. Sometimes it’s chronic and sometimes it occurs in an irredeemably toxic environment. In these cases, removing oneself may be the only recourse. There are times, too, when legal redress may need to be pursued.

But sometimes we can help our clients emotionally and behaviourally deal with past and current bullying. And we can help them in ways that last a lifetime.

As for Jean, she emailed me a few weeks later telling me she had her claws and teeth fully prepared just in case – and people seemed to know it.

It took me a moment to figure out what she meant when she proudly told me that, together, we had permanently removed the tattoo from her forehead.

The Dark Side of Your Emotional Needs – Attention

The Dark Side of Your Emotional Needs – Mind and Body

How to Help Your Clients Meet Their Missing Emotional Needs