Back to Top
Mark Tyrrell's Therapy Skills » PTSD, Trauma and Phobias » 3 Reasons I Never Have My Clients Relive Their Traumatic Experiences

Why 'talking through the trauma' only embeds it 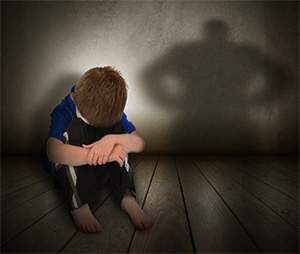 If ‘reliving trauma’ did work, people with PTSD would recover after their first flashback

He told me all about ‘the evil time machine’. He told me in the way a man long accustomed to wrestling down tears tells you something. When he’d fought down his heartache enough to speak, he spoke very quickly, as if desperate to get it all out before he was overcome.

“I was there, in that kitchen. Thirty five years just dropped away, like armour come loose, leaving me naked and weak. University, my first job, my marriage, my adulthood, all gone, because I was now in the past. I was 12; home from school, on that day. I saw it as if I was right there again, not a memory, a reliving.

The second I saw my mum hanging there, I knew she was dead. That second, the longest and the shortest of my life. That second, that stretched out into so many years of depression and pain. I tried and tried to get her down, I started screaming, just as I had when I was 12, I couldn’t stop crying. It’s no good. I can’t forget, I just can’t, even after all this time!”

Colin was one of several clients I’ve met over the years who’d been deeply traumatized from the horror of discovering the body of a loved one after suicide.

And what was this ‘time machine’ of which he spoke?

Before he came to see me, Colin had been to a therapist whose treatment approach was based on the maxim that in order to help heal trauma you have to relive it, and re-experience all the original feelings again as they happened.

That therapist also believed that many traumas are hidden, blocked out by the conscious mind, and need to be ‘uncovered’ and then re-lived through the imagination, so that the client can ‘get in touch with’ all the raw pain and emotions of that original time in order to ‘let it go’.

This therapeutic myth has been around for over one hundred years.

Getting patients to relieve their war traumas at the Tavistock Clinic in London (to the extent of reburying them if they had been covered in mud after bomb explosions) was thought to be the way to lift trauma – or ‘hysteria’ as they called it at the time.

We can help people access the traumatic memory by helping them dissociate from it calmly, so that all bad feelings can be avoided.

Therapy should never be painful.

And, of course, if ‘reliving trauma’ did work, people with PTSD would recover after their first flashback.

If 'reliving trauma' did work, people with PTSD would recover after their first flashback. Click to Tweet

So, with this in mind, here are the three main reasons I never get a client to directly relive their traumatic experiences:

Reason One: You can reactivate the pattern and embed it deeper

“If a trauma victim is debriefed in a state of high emotion, the process can increase the arousal to the point of overload, trapping the sensory impressions in the amygdala.”

This is why ‘critical incident debriefing’ after traumatic events is falling out of favour. Getting people to talk about trauma while they are traumatized may not only not help, but could actually make things worse. (1)

Getting people to ‘relive’ their trauma is not therapy. But it can be torture.

Reason Two: Someone who desperately needs help may be put off ever seeking it

I was amazed that Colin still wanted anything to do with any therapy, after what he’d been through with the therapist he’d seen before me. I did my best to undo the damage done by the out-dated treatment he’d received (in itself almost as traumatic as his initial tragic experience).

If you don’t know how to de-traumatize someone comfortably, then at least avoid hurting them and/or putting them off seeking any help in future.

If you’re going the wrong way, it doesn’t matter how fast you’re travelling. You are still wasting time.

People who are suffering flashbacks, experiencing horrendous daytime and night terrors, living the kind of life no one should have to live, leading to depression, perhaps substance abuse, fractured relationships, ruined work lives and all the rest of it, need help right now.

By all means, if you hold with that particular ideology, do as much long term ‘deep’ stuff with your client (if they don’t mind and have the money) as you want. But please – remove their traumatic suffering as fast as you can, and preferably in the first session.

Some therapists have told me that therapeutic practise should be ‘a matter of choice’ for the therapist. As if methods of alleviating human suffering are a question of ‘taste’, like what movies appeal to us, or what we feel to be good art.

Would you say that hygienic practise in maternity wards should be a ‘matter of choice’? The early promoters of hand washing were sneered at for suggesting it was better practise to have a clean environment rather than a dirty one (2) – as if criticizing filth in operating theatres was somehow ‘unfair’ on the beliefs of doctors who saw no reason to wash their hands between patients.

Colin no longer has flashbacks, either to the trauma of finding his mother dead or the therapy that tried to help him. He has moved on comfortably and happily told me: “I never have to relive it again!”