3 Helpful Metaphors for Your Depressed Clients

Simple but hopeful ways to talk about depression 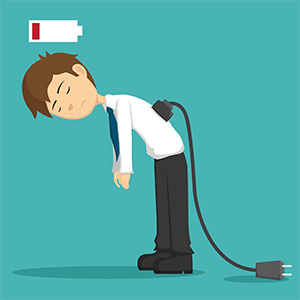 “Depression is a scary diagnosis,” Angela said to me, reflecting on the last few years of her life.

“At first I was relieved to know that it was a disease because it meant it wasn’t my fault – it was my chemical imbalance, which I’d inherited from my mum. But it was terrifying to find out the depression could come back at any time for the rest of my life.”

Angela had been on antidepressants for five years, but lately she’d noticed there was a pattern to her moods. When she ran regularly, she felt much better and after a period of feeling very anxious, the depression would come back.

This led her to question the very nature of the disease she’d been diagnosed with.

Depression is not a ‘disease’ but a metaphor

I have worked with many clients like Angela over the years, who have understandably felt upset to hear they have an illness that they’re told may, at any stage, suddenly reappear and needs to be ‘treated’ with lifelong psychotropic drugs.

Others find some solace in hearing depression is a disease. As Angela described, initially it took the onus off her and onto the ‘chemical imbalance’ she was told she was born with, reassuring her that being depressed was not her fault (which is true – no one wants to be depressed!).

But, in fact, although depression is a state of mind that significantly affects energy levels in the body, there’s no real evidence that it has a biological cause beyond psychological learning or temporary response to one or more of life’s setbacks.

So with no real hard evidence for a physical cause, we can see that the idea of depression as ‘disease’ is itself nothing more than a metaphor – but one that is often assumed to be literally true.

And this is problematic for a client’s recovery, because ‘illnesses’ or ‘conditions’ imply difficulty, outside agency, potentially long-term trouble, and increased likelihood of recurrence.

The risk is that the ‘depression is a disease’ metaphor might cause our clients to be more passive and less likely to take the steps that would make a difference.

The 'depression is a disease' metaphor risks our clients being passive about taking steps towards recovery. Click to Tweet

So how can we use more positive metaphors to help our clients recover from depression?

Here are 3 powerful, hopeful metaphors you can use to help your depressed clients gain a fresh perspective on their experience.

I’ll talk to my depressed clients, both in and out of hypnosis, about having a flat battery (I hear it’s called a ‘discharged battery’ across the Atlantic).

Angela, for example, was a perfectionist and she obsessed over her work not being good enough, although she always received high marks at university.

I explained to her that the endless negative focus of depressed people during the day creates a backlog of negative arousal that REM sleep has to discharge. The brain responds by generating more REM, or dream sleep, at the cost of less restful recuperative deep sleep.

So depressed people wake up feeling exhausted, making them want to sleep more, during which they dream more… It’s a vicious cycle.

Depression is really like a battery that’s run out of power. All that firing off of the REM response at night tires out the system, meaning that rather than getting rested from your sleep, it’s been tiring you out.

As you begin to worry less and relax more during the day, you’ll quickly begin to dream less at night. And the extra deep slow wave sleep you’ll have as a result will immediately start to ‘recharge your battery’ so that you’ll begin to awaken with renewed motivation and energy…

This explanation made real intuitive sense to Angela and I’ve found it does with all my depressed clients, who find it frustrating that they wake up exhausted.

2. Boat on the river

I like to normalize and ‘de-scarify’ depression as much as possible.

If someone has had a bereavement, been through a divorce, or perhaps got overwhelmed at work and then became depressed, I might suggest that carrying on as normal wouldn’t be natural – or even useful! – under those circumstances.

I might say that shutting down energy for a while may even be serving a valuable purpose:

Imagine a boat going along a river, which has many different streams and smaller rivers running off it. If the way ahead is suddenly blocked, you don’t just carry on as if nothing has happened! The boat needs to stop for a while… in order to reorientate. It needs to do nothing for a bit.

Eventually, you may decide you can remove the blockage and continue the way you were going or you might begin to see an alternate route you can take… But whatever happens… you need to stop for a while in order to make sense of things and decide what to do next…

Clients find this metaphor helpful because it identifies depression as a natural response to feeling stuck. It implies that this is a passing experience, which is not their fault. And, at the same time, it offers a sense of hope for the future without piling on the guilt for not having done anything.

Because it is powered by strong emotion, depression tends to induce ‘black-and-white’ or ‘all-or-nothing’ thinking. If success is only 99%, then the whole thing has been a disaster!

For example, a depressed person may feel that to get ‘well’, they need to feel absolutely great all the time and that any down days must mean the depression is back.

I like to challenge this kind of utopianism indirectly:

You know, we all go up and down a little bit without becoming depressed, and that’s fine.

When you’re travelling in a plane, the plane is constantly going up and down a little bit… but you don’t really notice it. Because, for the most part, the plane is travelling forward in the right direction…

And I might illustrate what I mean by this with my hand going up and down ever so slightly.

Introducing these metaphors into your work can be done quite naturally – you can drop them almost casually into conversation with your clients.

I used all three of these metaphors with Angela both in and out of hypnosis. She began to see how being a perfectionist and a worrier had been affecting her sleep and her thinking styles, leading to anxiety and then depression.

We worked together to find ways she could relax and stay calm. And, after a few sessions, she told me she wasn’t frightened of depression anymore because she knew she could ‘knock it on the head’ if it showed up again.

Now that was a metaphor I liked to hear!

To learn our structured approach to treating depression, read more here about the How to Lift Depression Fast course.