2 Weird Ways To Contact Hidden Parts Of The Human Mind 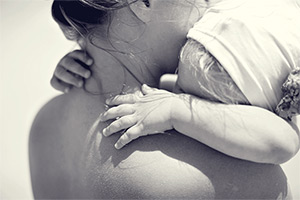 Our 'hidden observer' may know more about us than we know ourselves.

Sarah was 30 years old, heavily pregnant and about to be married to the father of her soon to be born child. She was positively glowing with the radiance of her fecundity. But something weird was about to happen.

She had come to see me for hypnotic help with childbirth, so that she could feel calm and relaxed and as comfortable as possible as her child made its appearance in the world.

Before her hypnosis session we talked about her life. Things were going well for her. She told me she was deeply in love with the father of her unborn baby and eagerly looking forward to getting married to him.

Sarah then experienced a delightful deep hypnotic trance in which she visibly entered that velvety safe and supremely calm state you so often see in hypnotised subjects.

I progressed her forwards through time, to three months after the baby was born, to a time where she was gently rocking her baby. I told her she could easily speak to me while deeply hypnotized.

“Oh, she is perfect! It was a really easy birth, and I love her so much!”

“How was the birth?”

I suggested she travel further into the future, three years ahead. When she was there, I asked:

“How are things now?”

With a wide smile Sarah said: “She is great, just great!”

“How is your husband?”

“Oh, we got divorced last year.”

“Yes, looking back, it was never right, really.”

“Are you okay with that?”

Sarah had plainly told me before she went into hypnosis how much she loved Amy’s father and how much she was looking forward to marrying him. But while in trance she told me they had divorced and that a part of her had known all along that the relationship was never right.

After she came out of trance she had no recollection of what she had told me during trance, and once again seemed very sure she wanted to marry him.

Four or five years later I found out they were amicably divorced.

So what was going on here?

It seems incredible that there is a part of us that knows what is really going on (or what we really intend) even when other parts of us don’t.

Back then, (this incident took place 20 years ago) I hadn’t even heard of the ‘hidden observer’ deep within the human mind.

The researcher Ernest Hilgard (1) discovered that there is a kind of ‘body consciousness’ during hypnosis. You can ‘talk’ to parts of the body that are damaged or being operated on during hypnosis and those parts will give you a different version of events than the person who seemingly had the experience.

A person undergoing hypnosis can observe his or her own pain without consciously being aware of any suffering. So if I hypnotically anaesthetise someone so that they can have a chemical free operation, they will feel no pain. Their mind consciousness feels no sensation. But if I ask their body consciousness whether it feels pain, it will tell me ‘yes’.

This discovery led Hilgard to conclude that there are different layers of awareness within people. He called them ‘hidden levels’. And one of these levels seems to be ‘in charge’ of the others. He called this the ‘overseer’ – the part that sees it all.

In Sarah’s case, this ‘hidden awareness’ wasn’t associated with her ‘body consciousness’ but with her relationship!

So where does this take us?

The hidden alleyways of the mind

Most of the time we can – and should – take people at face value. We should not assume that there’s always something hidden behind people’s outward actions, as if constantly asking: “But what’s the real reason why you…?”

However, if you feel stuck with a client, or think there may be some underlying reality that they themselves may not be aware of, then, providing you tread carefully, you may be able to find out more.

What you do with that information, that hidden perspective, has to be a judgement call and has to be managed carefully.

This is the first rule. People in trance are suggestible.

If you ask leading questions, you compromise the answers. Always use ‘clean’ language.

If you ask leading questions, you compromise the answers. Always use 'clean' language.Click To Tweet

Don’t say things like “I want to know the real reason!”

Just ask plain direct questions. I just said to Sarah: “How is your husband?” I didn’t ask, “Are you still married?”

Now, in a few moments, I’m going to ask you to talk, and when you do so you’ll notice that your voice can seem very far away, and somehow every word you hear yourself speak can just allow you to go deeper and deeper into hypnosis…

So here we are effectively suggesting that talking will not only not break the hypnotic trance but will actually deepen it.

I might then explain clearly what I’m going to do:

If a ‘reason’ does come to light, we can then ‘negotiate’ with the unconscious mind to bring it to the point where it ‘agrees’ to let go of the problem pattern.

2. Communicate directly with the body

When you observe your client deeply relaxed in hypnosis, sometimes they will show slight flickering movements, often in the fingers.

It’s like observing a cat or dog dreaming, where you can notice minimal muscle movements as the creature dreams through some activity such as chasing a rabbit. These minimal flickering movements also occur during human dreaming.

We can use these natural ‘ideomotor responses’ (IMRs) as a way of communicating with a hypnotized person’s unconscious mind.

Okay, when your unconscious mind is ready to work with you to stay free of those cigarettes, you can notice which finger flickers on your right hand…

When you are ready to drift into that situation in your mind while feeling deeply confident, then one of those fingers can just make a little movement, a signal to let me know when you are ready…

Some therapists may set up a ‘yes’ finger and a ‘no’ finger to help keep communication clear.

But there is a proviso.

Proviso: Remember – you are communicating with the unconscious

Using IMRs effectively is not a matter of asking someone to move their finger. That is a conscious request. Rather we are asking them to ‘notice’ which one of their fingers moves. In this way we can communicate more directly with the non-conscious part.

Be prepared to wait and stay vigilant. Sometimes the flicker is microscopic and fleeting. When I’m using the Rewind Technique, I sometimes ask people to notice that their head can just nod, as a way of ascertaining where they are at in the process so I know it’s working. Again, the head nod is often a minimal unconscious movement rather than a conscious nod.

So the ‘hidden observer’ can sometimes be a source of hidden information. And sometimes you can directly appeal to it for information.

Of course, there are other ways to communicate with the hidden observer -automatic writing, for instance. But in my experience this tends to be rather slow and cumbersome and so is of less value in therapy than the method I’ve described here.

Should I have revealed to Sarah what she had told me during her trance? I don’t think so. Intuitively, I judged that this marriage was something she felt she needed to do. When we met again years later, she told me that she thought it was ‘right at the time’. The divorce was amicable, and Amy had a good relationship with her father, who was happily married to someone else, as was Sarah herself.

In this specific case, although very interesting for me, discovering that a hidden part of Sarah had a quite different take on her life didn’t really help with her therapy. But in other cases it might. For example, because the ‘hidden observer’ sees, and can oversee, the healing mechanisms of the body, we might ask it to help speed up healing. 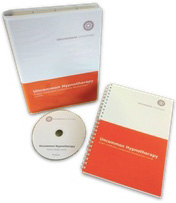